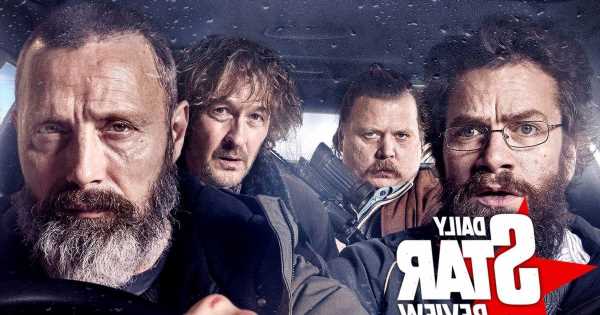 Are you excited about returning to a packed cinema? Can't wait for the big-screen experience of crisp packets rustling, popcorn crunching and smartphones shining in your peripheral?

Then you'll have to wait 'til next Friday when blockbusters The Suicide Squad and Jungle Cruise arrive in the multiplexes.

The film companies must have expected another government U-turn because there are no big films opening on the first weekend after 'Freedom Day'. So why not celebrate the end of civilised movie-watching with this brilliant subtitled thriller?

Grizzled Danish soldier Markus (Mads Mikkelsen) is about to extend his tour of duty in the Middle East when he learns his wife was one of 11 people killed in a train crash. So he returns to Denmark to comfort teenage daughter Mathilde (Andrea Heick Gadeberg), one of the traumatised survivors.

Statistician Otto (Nikolaj Lie Kaas), another survivor, is convinced the collision was deliberately orchestrated to kill a biker gang member who was about to testify against his leader.

When he knocks on Markus's door with nerdy pal Lennart (Lars Brygmann), he inadvertently sends the mentally scarred soldier on a mission to wipe out the entire gang. If Riders Of Justice had been made in Hollywood, it would be powered by Liam Neeson, cheesy one-liners and shaky-camera fistfights.

If it was British, it would be a worthy, lottery-funded drama about grief and PTSD.

Thankfully it was made in Denmark, the country that last month brought us the wonderfully multi-layered Another Round. So we have razor-sharp dialogue and a masterfully constructed script that blends dark comedy with slick action and big-hearted drama.

Subtitled films don't tend to pack them in but Riders Of Justice is a genuine crowd-pleaser.