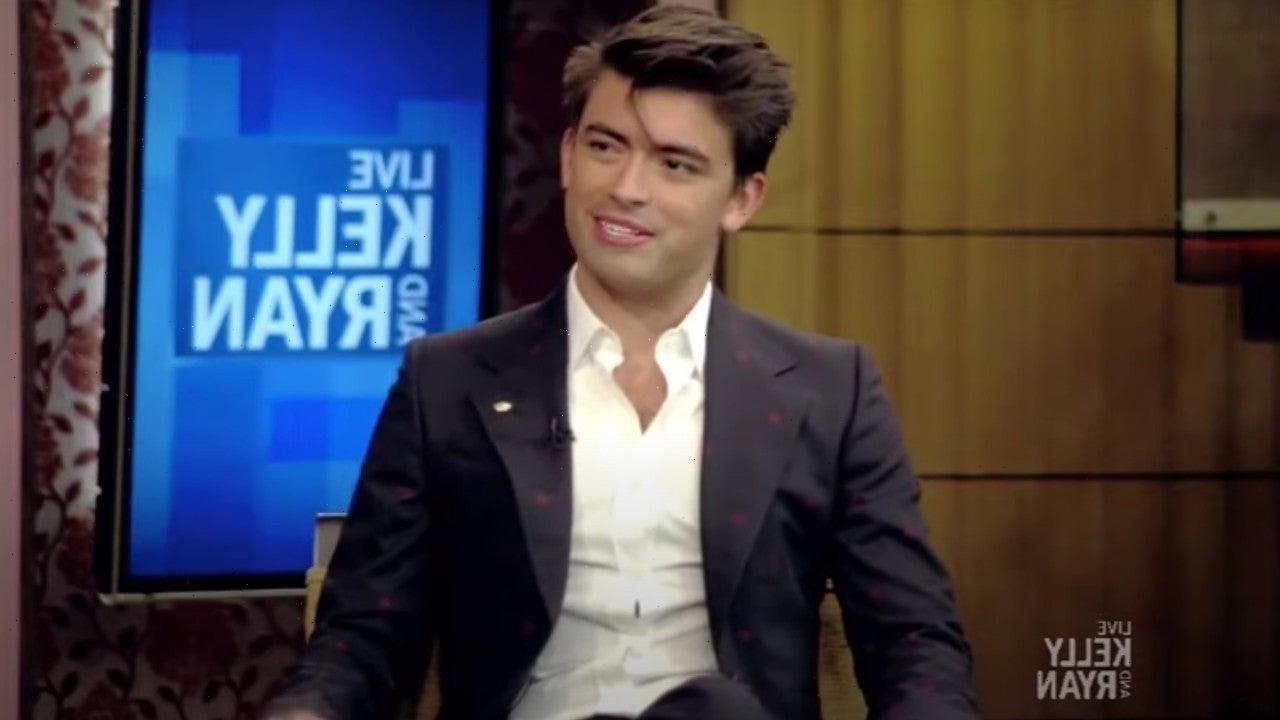 Michael Consuelos is following in his dad Mark Consuelos’ footsteps on Riverdale, and now he’s spending some time in his mom Kelly Ripa’s world! On Thursday, the 24-year-old actor made a guest appearance on Live With Kelly and Ryan, where he opened up about his famous family and getting into acting.

“We were on a vacation recently, and it was strongly implied to me that get a haircut or you can’t come,” he said of his new cut. “I was going for like a Brooklyn hipster thing, and Mom was like, ‘You look like a caveman. Stop.'”

“You looked like one of the forgotten members of Peaky Blinders,” Ripa quipped.

Michael also opened up about his family’s recent trip celebrating his graduation, which was previously delayed due to COVID. He had to stay in a room with his younger brother, Joaquin, and both Michael and Kelly opened up about how different they are.

“Here’s the problem. Michael, as the first child, we were very spoiled by him — hard worker, diligent, nice person,” Ripa said of her firstborn, before joking to Michael, “How does Joaquin seem to you? Does he seem OK?”

“Joaquin is watching, so I only have nice things to say about him,” Michael joked of his sibling.

“You know, I call him ‘the spare.’ I call Michael ‘the heir’ and Joaquin ‘the spare,'” Ripa said of her sons. “It really drives Joaquin bonkers.”

“It gets taken out on me, so thank you,” Michael added.

After Joaquin heads off to college this year, Michael’s parents will be empty nesters for the first time in decades.

“She already adopted a dog, so she’s already been preparing,” Michael said of his mom’s new dog, Lena. “You’ve been preparing for empty nest. I think you’ll be fine.”

Co-host Ryan Seacrest also brought up the family’s recent vacation pics, including one of Mark and his sons and a much darker one of Kelly and her sons.

“It looks like witness protection. I think it’s kind of cool,” Michael said, laughing. “I think it’s edgy. I like it.”

Michael is currently playing a younger version of his dad’s Riverdale character, Hiram Lodge. After a clip from the show was played, Seacrest commented on how much he sounded like his dad.

“Everyone keeps telling me that, and I think the difference is that my dad is my voice, but with confidence,” he said. “When talking, I’m like, ‘I’ve got to sound like I know what I’m doing.'”