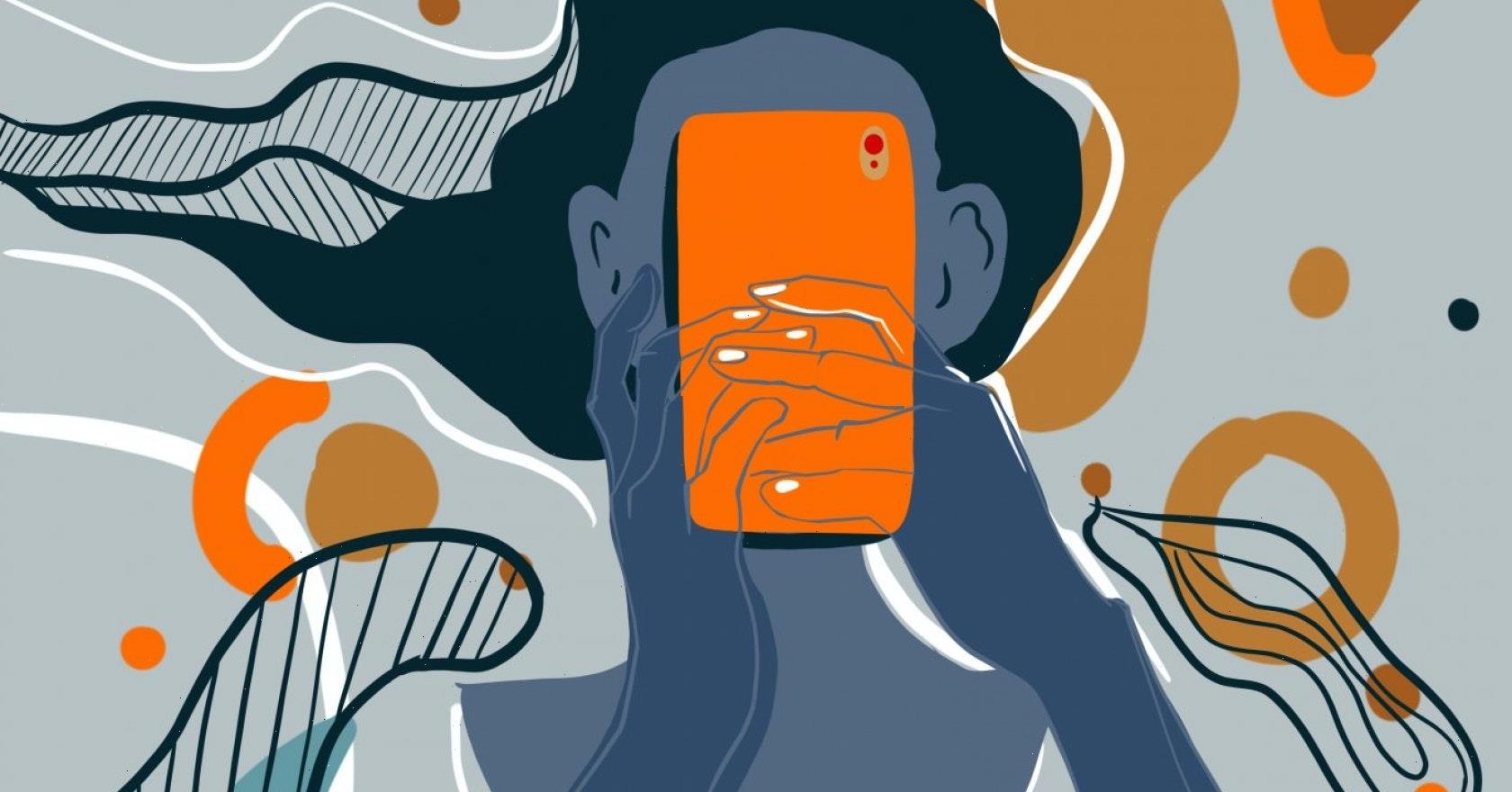 Kayleigh Dray is Stylist’s digital editor-at-large. Her specialist topics include comic books, films, TV and feminism. On a weekend, you can usually find her drinking copious amounts of tea and playing boardgames with her friends.

Let’s face it, everyone has an opinion on the NHS Test and Trace app right now. So, how should we navigate the politics of this so-called ‘pingdemic’?

It seems we should all get ready to shout the words, “I got a text!” this summer – but, unlike the Love Islanders, our buzzing phones probably won’t be cause for excitement. We are, after all, in the midst of a so-called ‘pingdemic’.

Essentially a portmanteau of ‘pandemic’ and ‘ping’, the term has been steadily trending on social media for a wee while now, and that’s because the number of people being “pinged” by the Covid-19 NHS app has risen sharply over the last month. Indeed, more than half a million alerts were sent out in the week to 7 July – a 46% rise on the previous week and the highest number on record.

Among those told to isolate themselves for 10 days, of course, were Boris Johnson and Rishi Sunak, who got ‘pinged’ after coming into contact with Sajid Javid, who has tested positive for coronavirus.

It was the ideal opportunity to show the nation the importance of following the rules that the government themselves had laid down. Instead, though, No 10 insisted that the prime minister and chancellor would not be isolating, sparking an almighty outcry in the process.

“One rule for them and another for the rest of us,” muttered opposition parties, along with basically everyone on social media.

Boris Johnson has said he hopes easing coronavirus restrictions on 19 July will prompt a “strong recovery” to the UK economy.

While Johnson and Sunak have since backtracked on their initial no-isolating-for-us stance (they’re now following the app’s rules), the damage has already been done; plenty of people are now firmly of the opinion that the pings are a waste of everyone’s time.

“When I went out shopping, I decided to switch contact tracing on the app off,” says Elise*. “I’m going away at the end of the week, and I couldn’t bear the thought of being ‘pinged’ days before a much-needed break. I was very careful, wore my mask and socially distanced, but I made sure the app was deactivated before stepping out of my car. I feel guilty about it, but I’m so desperate for a trip away after everything that’s happened over the last year.”

Vic, meanwhile, tells Stylist: “I was really surprised when both my flatmates told me that they had deleted the app because of the ‘pingdemic’ but then it got me thinking… I would feel really frustrated if I got told to isolate now, because it’s not like it was during lockdown – we have plans now, options to go out, bookings we’ve already spent money on. And I can’t imagine self-isolating during this heatwave, especially if I kept testing negative.”

“I work in retail, and I can’t afford to self-isolate,” says Becca. “So no, I don’t have the app on my phone.”

“I deleted it,” shares Flo. “I heard it pings people for no reason. Like, it could be that your neighbour who you haven’t had contact with has tested positively, but because you share a wall it means you have to isolate. I’d prefer to rely on my own common sense than a broken track-and-trace system!”

Christa agrees, saying: “The app is not fit for purpose. Yes, you check in via the app but you never check out! How would it ever know if you came into contact with someone at the venue or not?”

And Martha adds: “I have a lot of friends who, for better or worse, are taking things into their own hands. They won’t scan in at venues, and some have even deleted the app, but they’re still taking two or more Covid tests a week to make sure they haven’t been infected.”

The number of people being “pinged” by the Covid-19 NHS app has risen sharply over the last month.

Of course, it’s completely understandable that people are feeling frustrated; the pingdemic is causing difficulties for some industries as large numbers of staff are having to stay at home and self-isolate – and, while those who are pinged tend to have to isolate for 10 days, this can be longer if the person goes on to develop symptoms themselves.

But here’s the thing; while staying at home for 10 days might be a great inconvenience, “it is much, much more damaging for people’s health and the economy to have a rampant new wave of infections ballooning out of control,” says Simon Clarke, associate professor in cellular microbiology at the University of Reading.

Professor Christina Pagel, meanwhile, has stressed that the term ‘pingdemic’ is undermining a very real problem: that Covid cases are very much on the rise in the UK.

Over the last seven days, in fact, 316,691 cases have been reported – up around 43% from the previous seven-day period. And, while hospitalisations are low, they are creeping higher, with 4,313 people admitted to hospital over the past week.

“It’s not a pingdemic, it’s a pandemic,” Pagel tweeted.

“Trying to pretend that soaring cases are totally fine is causing havoc and creating these sorts of impossible choices.”

And so, once again, the nation is divided. Some are switching their apps off (or deleting them all together), while others are taking to social media to urge people to “stop being so selfish” and listen to the science.

“Anyone using the word ‘pingdemic’ for any other reason than to point out its inherent ridiculousness is a fucking idiot,” reads one such tweet. “There are lots of ‘pings’ because a fuckload of people have Covid and they are mixing with a fuckload of other people.

Another insists: “All this talk of a pingdemic is doing my head in. Turning off the app or desensitising it doesn’t make Covid go away; the huge number of pings is caused by the huge number of cases. That’s what happens when you relax all measures apart from contact tracing.”

“When my kids were tiny, if they didn’t like something they just shut their eyes and denied its existence. I’m happy to say they grew out of that phase,” reads another.

“We don’t have a pingdemic; we have a severe and worsening wave of Covid-19.”

And still one more says: “Very strange how everyone is displacing their anger onto the NHS app.

“It’s pinging everyone because everyone has Covid! It’s literally doing what it is supposed to do!”

Of course, the rules around self-isolation are set to change from 16 August; from this point, people who have been fully vaccinated for at least 14 days, as well as under-18s, will not have to self-isolate if they come into contact with someone who has tested positive for Covid-19.

Instead, people will be contacted by NHS Test and Trace and advised to take a PCR test. If that test is positive then they must quarantine for 10 days, regardless of their vaccination status.

Until then, though, what should we do when our ‘pingdemic politics’ are at odds with those of our friends? When our flatmates have switched theirs off, but we haven’t – or vice versa? When a family member unexpectedly pops round, but you know they’ve deleted the app from their phones?

Or, to paraphrase the Bard himself; to ping or not to ping? That is the question.

Well, as Moya puts it: “I don’t judge people for ignoring the app, mainly because by this stage in the pandemic I simply don’t have the energy to judge others.

“Personally, though, I haven’t deleted it; I do still feel very conscious of the fact that we’re so not out of the woods yet, and I’m paranoid about inadvertently giving Covid to someone vulnerable.”

All we can do as ever, it seems, is take responsibility for ourselves and our own actions. Do what you can to protect yourself and those around you, and don’t let yourself be pressured into making a decision that makes you feel uncomfortable in any way.

* all names have been changed to protect identities.

If you’re told to self-isolate by NHS Test and Trace or the NHS Covid-19 app, the official advice from the NHS is as follows:

You can find out more on the NHS website.