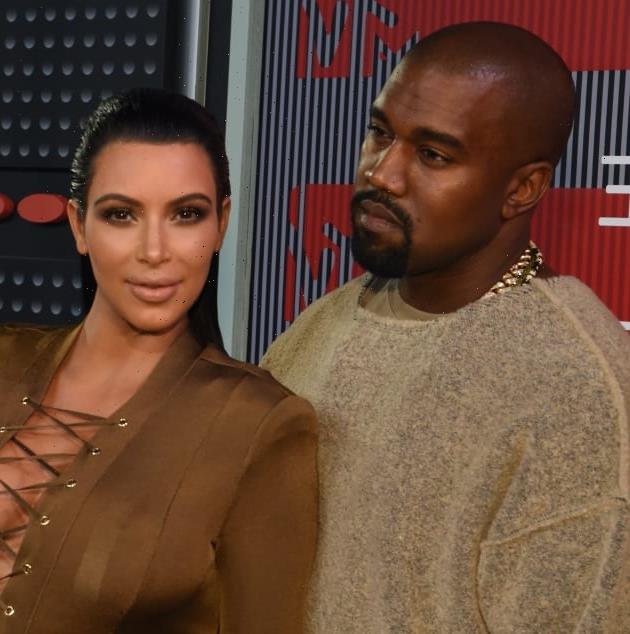 When Kim Kardashian filed for divorce from Kanye West back in February of this year, many predicted that the situation would get ugly in a hurry.

After all, Kanye is almost as well known for his emotional outbursts as he is for his music, and it seemed impossible that he would be able to restrain himself from commenting on this latest drama.

But to the surprise of many, Yeezy managed to keep a lid on it for a few months, and fans began to hope that he and Kim would actually pull off an amicable split.

Those hopes were dashed this week with a preview of Kanye’s latest album.

The rapper hosted a listening party ahead of his surprise release this week, and of course, many of his A-list friends were in attendance.

But it seems that some leakers made it into the crowd, as well.

London tabloid The Sun has obtained early reports of Kanye’s scandalous new lyrics, and we think it’s safe to say that Kim won’t be too happy about her ex’s latest bars.

“Tell the assassins I escaped from Calabasas,” reads one shocking lyric.

Calabasas, of course, is the SoCal town in which all of the Kardashians reside.

And we’re guessing Kanye’s decision to liken the place to a prison probably won’t sit well with any of them.

“It’s a very deep, sad song about Kanye, with him reflecting on his marriage with Kim,” said one attendee of Kanye’s Vegas listening party.

“He talks about the kids and mentions her taking everything. After he played this song he paused for like, two minutes, and cried. It was really somber.”

So yeah, it sounds like ‘Ye didn’t throw those jabs for the solely purpose of being provocative.

Insiders say he wore an elaborate, bejeweled mask throughout much of the event, possibly as a means of hiding his emotions.

Kim has yet to respond publicly to the derogatory lyrics, and in all likelihood, she never will.

The mother of four has thus far refrained from making any sort of negative comments about Kanye.

The silence could be for her children’s sake or for the benefit of West, whose struggles with mental illness have been well-documented.

Whatever the case, Kim is obviously hoping to keep the details of the divorce as private as possible.

That will become more difficult once Ye’s tenth studio album — named for his late mother, Donda — is released to the general public this Friday.

The inevitable court proceedings will likely shed even more light on the situation.

Kim and Kanye have billions in assets to split, and even with a prenup in place, the situation is bound to get messy.

Thankfully, the couple has already worked out a mutually beneficial custody agreement, and it looks as though both parties are prioritizing the kids’ happiness over their own.

As for their love lives, Kanye is dating model Irina Shayk, who already has a child from her relationship with Bradley Cooper.

Kim is reportedly focusing on her kids and her career at the moment, but it seems she’s planning to re-enter the dating pool in the near future.

Insiders say Kim’s suitors must submit to a background check before being considered as a potential partner.

Maybe that’s her way of making sure she doesn’t wind up with another temperamental hot head.