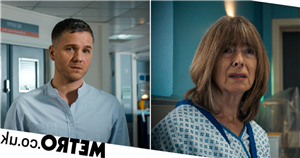 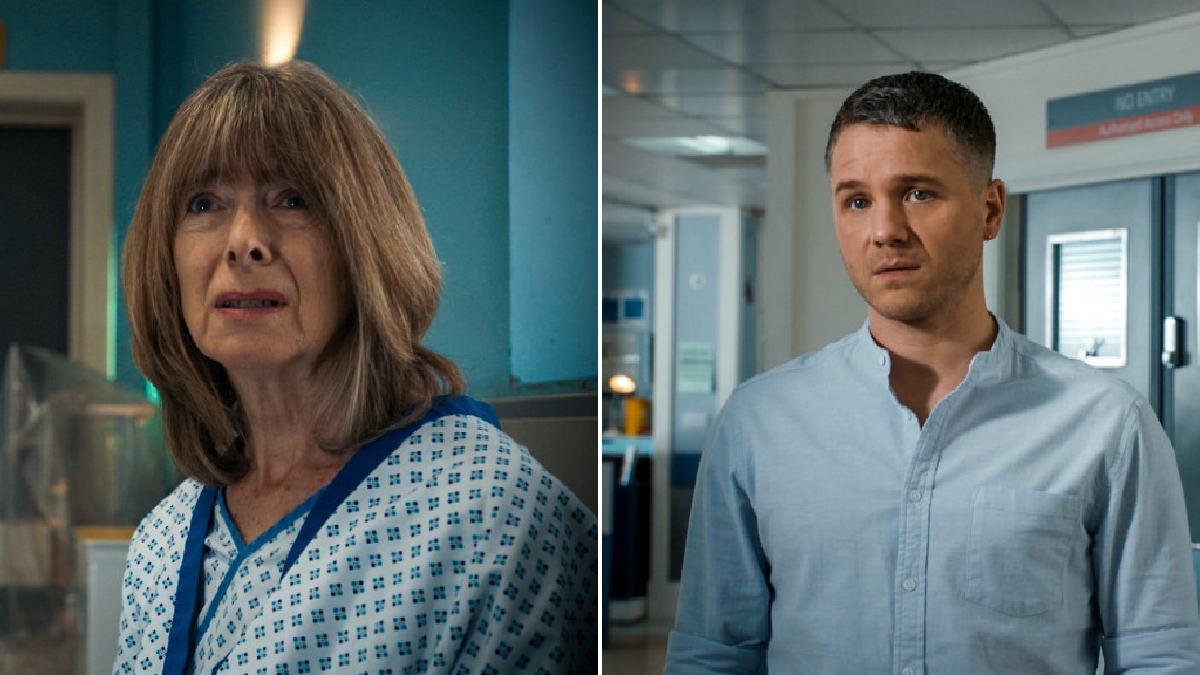 A lot of people have commented on Carole Copeland (Julia Deakin)’s absence from Holby City recently – surely such a devoted mum would want to be by her boy’s bedside as he recovered from his recent terrible accident? In this episode we discovered that the reason Carole didn’t come to see Dominic (David Ames) was that he hadn’t told her anything about the accident at all.

She only found out about it thanks to a chance remark from Ange (Dawn Steele). ‘Why didn’t you tell me?’ she asked Dominic. He said he’d felt alone, angry and scared. ‘For the first time in my life you couldn’t help me.’

This scene was beautifully played by David Ames and Julia Deakin, who are always lovely together. Carole is one of those Holby characters who always lights up any episode she’s in with her humour, honesty and kindness, so it feels like a blow to have her return and then discover she has rapidly worsening vascular dementia and for her to have to hide it from Dominic. ‘He’s not ready to cope with this, he’s too brittle,’ she told Sacha (Bob Barrett), as always thinking of her Dazzle before herself.

Meanwhile, Dominic’s other mother Ange was coming to terms with the idea that she’s pregnant, and the father of the baby is a similar age to her other two children. Kylie (Amy Murphy) took it upon herself to tell Josh (Trieve Blackwood-Cambridge) about it and his reaction was to tell Ange that he’ll support her whatever she decides. Having previously said that he doesn’t want children it seems that Josh might be having second thoughts, and after a patient advised him to tell Ange how he makes her feel he went to find her.

What he found was her computer open on a search for terminations. Is that really what Ange wants? Will the two of them manage to have an honest conversation about how they’re really feeling?

Unsurprisingly the recent CQC inspection didn’t go well and Holby is now in special measures. There’s even a rumour that AAU is going to be closed. Hanssen (Guy Henry) reacted to this by hiding in the basement and repairing a model ship, which probably makes as much sense as anything else.

Meanwhile Abs Shah (Ali Hadji-Heshmati) had brought himself to Holby after an accident and was looking for Hanssen. Max (Jo Martin) did her best to look after him (there’s no mental health support now that the over-worked and under-skilled Lucky Simpson has gone), but when she found him on the bed that his grandfather Reyhan had died in, she became suspicious.

Sahira confessed to killing Reyhan, but Max has started to wonder whether it might have been Abs who did it. Eventually tracking Hanssen down, she gave him an ultimatum – he has 24 hours to help Abs before she calls social services.

Sue Haasler is the author of five novels and the official BBC Holby City book, which you can read about here.