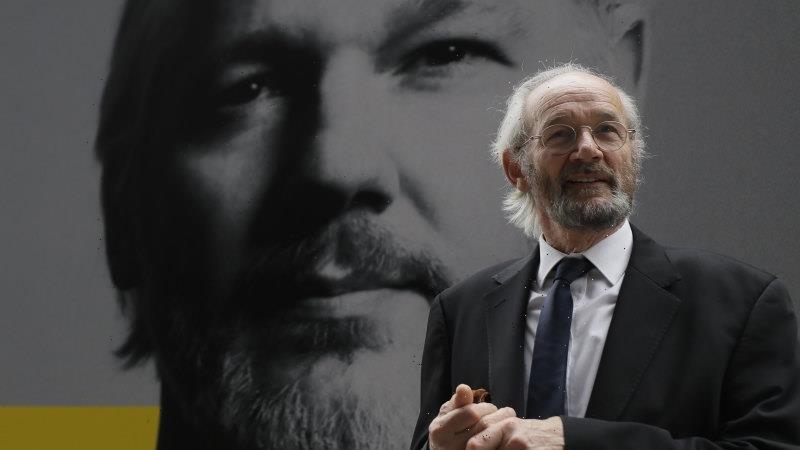 A documentary that offers rare insight into the efforts of Julian Assange’s father and the mother of his two children to keep him out of the clutches of the US security apparatus will have its world premiere next month.

Australian director Ben Lawrence (Ghosthunter, Hearts and Bones) was granted unprecedented access to the people closest to the imprisoned Wikileaks founder as he fights US attempts to extradite him from Britain to face espionage charges that carry a maximum 170-year sentence: his father John Shipton, a retired self-taught builder with a six-year-old daughter in Melbourne; and Stella Moris-Smith, the human rights lawyer who began a relationship with Assange while he was holed up in the Ecuadorean embassy and is the mother of his two youngest children. 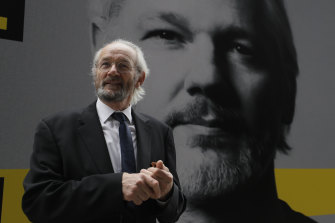 Lawrence’s film Ithaka, which will have its world premiere at the Melbourne International Film Festival in August, includes video-phone calls between Moris-Smith and her fiance from inside London’s Belmarsh Prison, where he has been held since April 2019.

Shipton and Moris-Smitth were not especially willing participants in the film, according to Lawrence, but they put aside their reticence for their shared cause – trying to save Assange. Lawrence said they had seen the film and it felt “authentic”. “But they both felt like they didn’t want to watch it more than once,” he said.

Assange is an absent presence in the film. He has not been photographed since 2019, but the video phone footage, shot between August 2020 and April this year, offers brief glimpses.

At least it will if its director can get clearance to use it. “Because of the ongoing legal hearings everything can be used against them,” Lawrence says. “They’re extremely cautious about what is discussed and how they live their lives.” 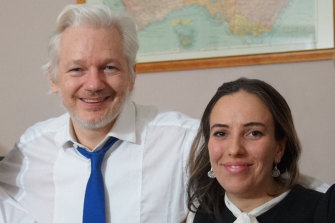 Julian Assange and Stella Moris inside the Ecuadorian embassy, in an undated picture supplied by WikiLeaks.Credit:WikiLeaks/PA

Lawrence says the Assange recorded on the phone between August 2020 and May 2021 is “underweight, bearded” and probably experiencing depression. “But he’s surviving,” he says. “He looked better than he did when he was arrested.”

When Assange’s half-brother Gabriel approached the filmmaker last July to see if he’d be interested in working on a documentary, Lawrence assumed he’d be covering the story that began with the release of the material leaked by US Army intelligence analyst Chelsea (then Bradley) Manning in 2010. “But when I got to the UK it all fell by the wayside,” he says. “I just became fascinated by John, this man who at a late stage of his life has embarked upon this odyssey across Europe. Then slowly Stella became more and more involved. The people are what grabbed me when I got there.”

The resemblance between the 76-year-old father and his 50-year-old son is striking, even if Shipton can’t, or won’t, see it.

“John says the apple fell from the tree and rolled far away – he denies there are any similarities,” Lawrence says. “But everyone who knows both of them, and Stella in particular, will say how similar they are. The physical similarities are striking, but what people have told me is the way they view the world, the way they describe the world, their interests are very similar.

“That makes it quite a fascinating look at parents and children, what is nurturing and what do we pass on, because John didn’t see Julian from when he was two or three until he was in his 20s.” 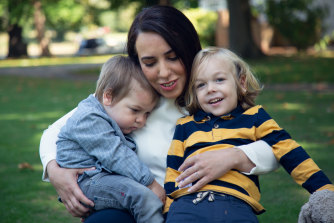 Stella Moris with her and Julian Assange’s kids, Max, 18 months, and Gabriel, 3, in London, in September 2020.Credit:Liliana Zaharia

Shipton describes himself in the film as “Aspergic”, and talks about his isolation as a young man, his inability to understand and connect with people. “He’s a very engaging person but also very abrupt, abrasive with the world at times,” Lawrence says. “The way he frames the world is unique.”

By its nature, Ithaka can not offer us much of an insight into the man at its heart. “Where previously Julian had the ear of the world, now John and Stella are left to speak for him,” observes Lawrence.

Rather, it seeks to remind the world of the issues at stake – freedom of information, accountability, the public’s right to know – and the forces squaring off in this fight. An older man and a single mother (and their supporters) on one side, an infuriated US on the other.

“I think a lot of people have disengaged from this story,” Lawrence says. “This is a different door through which to engage with it, a more humanistic view.

The Melbourne International Film Festival is in cinemas August 5-15 and online August 14-22. Tickets are now on sale for MIFF Members. General public tickets on sale July 16. Full printed program in The Age on Saturday July 17 and online at miff.com.au