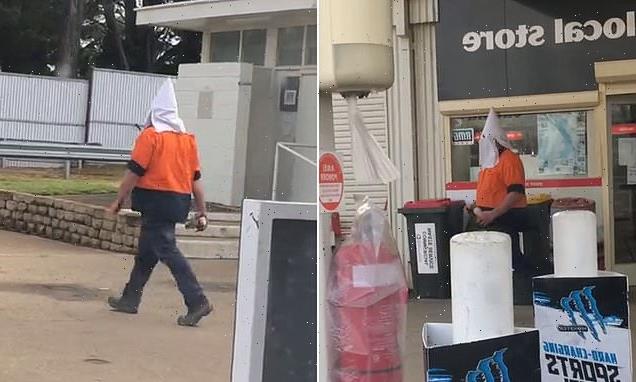 A truck driver has been spotted walking out of a service station wearing Ku Klux Klan  headgear instead of a face mask during Sydney’s strict lockdown.

The footage, shared by TikTok user Tia Baxter, shows the man heading from the entryway of a service station towards his vehicle, clutching a drink in his hand.

Dressed in an orange hi-vis shirt, work pants and work boots, the man can be seen in white KKK-style attire.

A shocked Ms Baxter filmed the disgraceful scene at the Wisda Petroleum service station at Adaminaby, in the NSW Snowy Mountains. 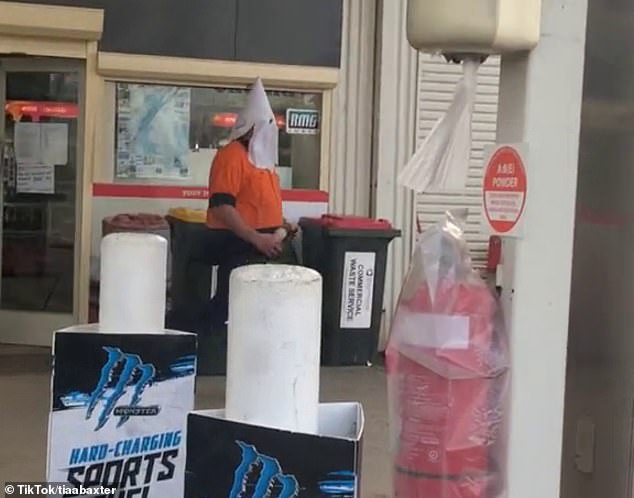 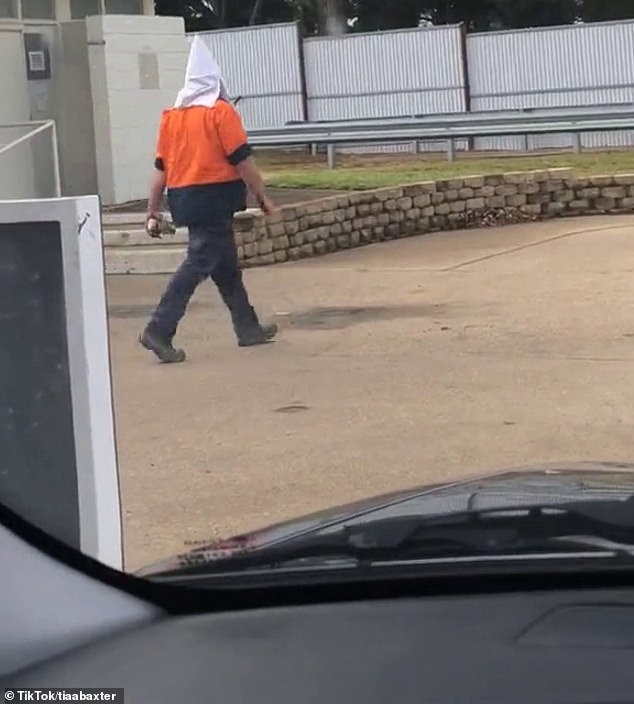 The clip has since amassed almost over 186,000 views on the video sharing platform.

‘We are at the Adam and Eve servo and look at this,’ a shocked Baxter can be heard saying in the clip.

It remains unknown why the man chose to enter the service station in such offensive attire.

The Ku Klux Klan, also known as the KKK, is an American white supremacist terrorist hate group whose primary targets after forming in the 18th century were African American citizens as well as Jews, Catholics, Muslims and immigrants.

In Australia in recent years, a number of neo-Nazi groups have caused outrage.

Displaying swastikas and chanting racist slogans, they are thought to belong to the National Socialist Network, a small white supremacist neo-Nazi organisation with members in most major Australian cities.

The provocative behavior has been labelled by experts as an attempt to attract new members and spread messages of bigotry.

On Saturday New South Wales recorded 50 new Covid cases following three-consecutive days of record numbers as Premier Gladys Berejiklian warned ‘things are going to get worse before they get better’.

Greater Sydney has been in lockdown for two weeks now with masks made mandatory on all public transport and in retail venues.