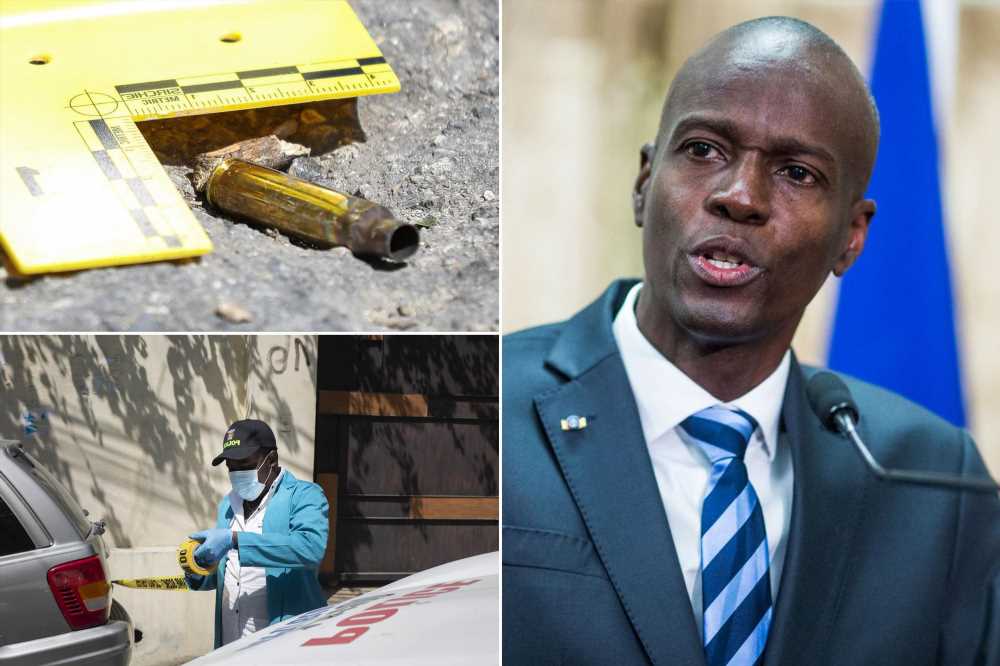 US must act before Haiti devolves into a disaster

Assassinated Haitian President Jovenel Moïse‘s body was found riddled with a dozen high-caliber bullets — with one of his eyes blown out, a local judge has said.

“We found twelve holes in the president’s body,” Pétion-Ville deputy justice of the peace Carl Henry Destin told Haiti’s largest newspaper, Le Nouvelliste, saying they were “made with a large caliber weapon.”

“The president’s office and bedroom were ransacked. We found him lying on his back, blue pants, a white shirt smeared with blood, his mouth open, his left eye blown out,” the judge told the French-language paper.

“We saw a bullet impact at the level of his forehead, one in each nipple, three at the hip, one in the abdomen,” the judge revealed.

Despite Moïse having his own security detail — part of a specialized unit of the Haitian National Police — only the president and his wife, Martine Moïse, were shot during the hit squad’s raid.

The first lady was later flown to Miami, Florida, for surgery and is expected to survive.

One of the couple’s three children, daughter Jomarlie Jovenel Moïse, was home at the time, but hid from the assassins in her brother’s bedroom, Destin told the local paper.

The brother — who was not identified — was tied up alongside a maid, the judge said.

As well as the bullets in the president’s body, “many 5.56- and 7.62-mm cartridge cases were found between the gatehouse and the interior of the residence,” Destin told the paper of the raid that was partially caught in video footage.

Haiti’s National Police late Wednesday said they had killed four of the suspected assailants and arrested two others — and were still engaged in a fierce gun battle that they expected to last through early Thursday.

“We are chasing them so that either in the exchange of fire they will be killed or we will apprehend them,” police chief Leon Charles said. “We will continue to hunt them down.”

While Moïse’s presidency had been hugely unpopular, sparking thousands to take to the streets in a series of violent protests, his assassination still stunned the troubled nation that called a two-week period of mourning.

“We didn’t expect it. This is another earthquake in Haiti,” a mother of two who gave her name only as Bernadette told Agence France-Presse, referring to the deadly 2010 quake.

His death has further destabilized the political climate, with two men claiming to be leading the country in his place while there is no parliament after it was dissolved last year.

Many fear it could only further escalate the violence plaguing the poverty-stricken nation.

“How much worse can hell get?” Irwin Stotzky, a Haiti expert at the University of Miami, asked AFP.

“Haiti faces even more violence and death and failure as a democratic nation than ever before, which is hard to imagine given its recent and chaotic history,” he added.