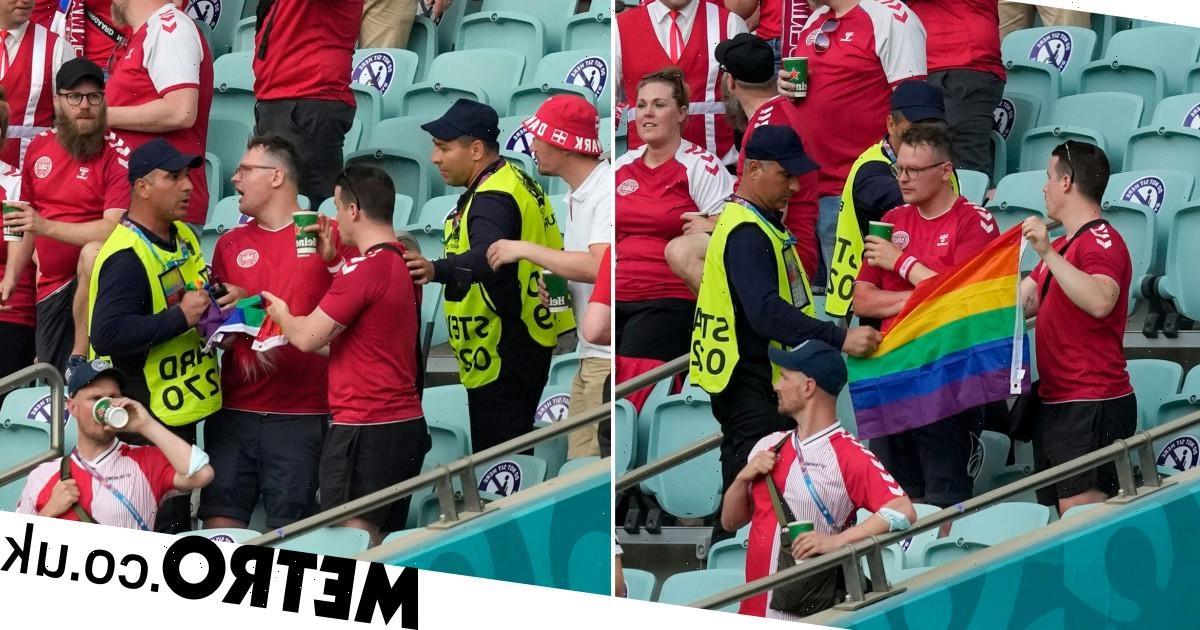 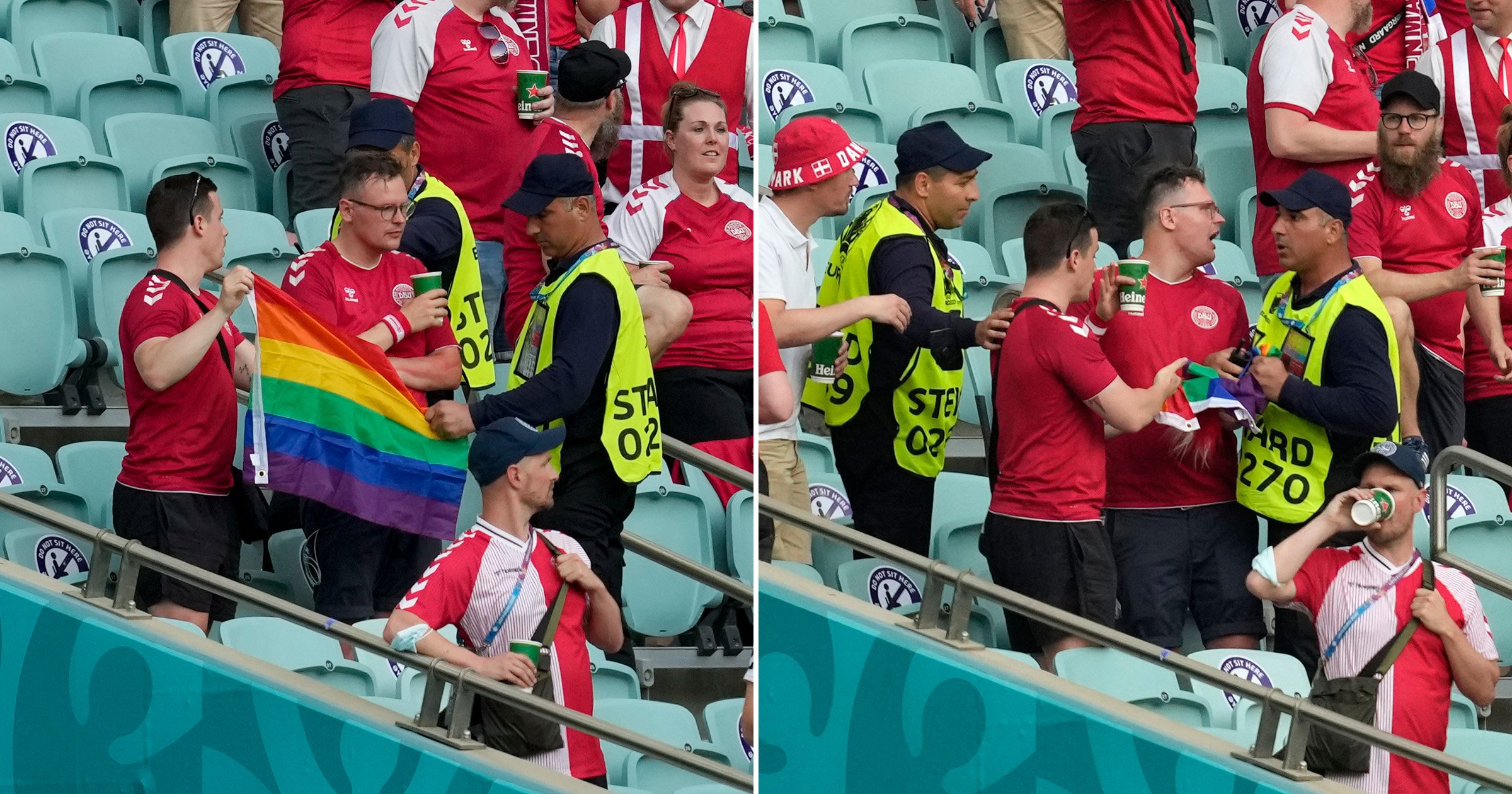 Stadium security in Baku appeared to confiscate an LGBT flag from two Denmark supporters ahead of today’s Euro 2020 quarter-final against the Czech Republic.

Photographers captured the moment two guards approached the two men and took their flag, triggering a reaction from fans.

It comes after UEFA banned advertising using rainbow colours at the quarter final matches in Azerbaijan and Russia.

In a statement, the football body said it ‘requires its sponsors to ensure that their artwork is compliant with local legislation’.

Last week, UEFA rejected the mayor of Munich’s request to light up the Allianz Arena in rainbow colours for Germany’s match against Hungary.

Dieter Reiter said he wanted to use the colours of the Pride flag in protest against Hungary’s record on LGBT rights, citing legislation banning gay people appearing in educational materials for under-18s.

Uefa said it had to decline the request because of its ‘political context’, which the mayor said was ‘shameful’.

As it stuck to its guns and defended the decision, the body changed its Twitter icon to one using Pride colours.

Arguing its rejection wasn’t political, the organisation said: ‘On the contrary, the request itself was political, linked to the Hungarian football team’s presence in the stadium for this evening’s match with Germany.’

‘For Uefa, the rainbow is not a political symbol but a sign of our commitment to a more firm and diverse society’.

Uefa proposed alternative dates for the Allianz Arena to be lit up in rainbow colours.