CYBER security pioneer John McAfee was reportedly holed up in a mysterious "ghost hotel" at a Spanish resort where he reportedly turned into a secret cryptocurrency farm.

The 75-year-old, who was found dead in a Barcelona cell last night, said he was in Belarus last year, but was tracked down by internet sleuths who examined his Instagram and tweeted images and pieced together his location. 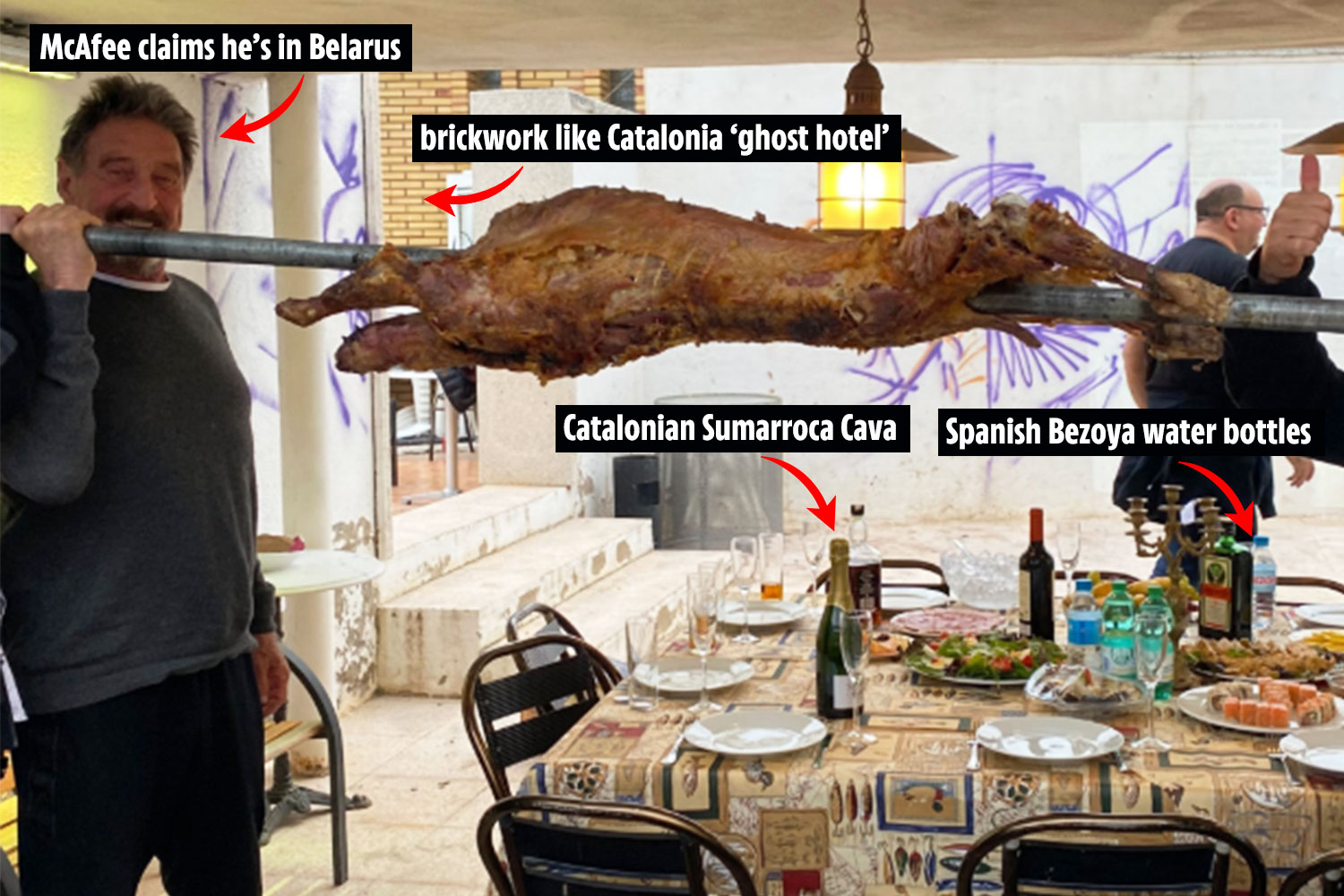 Thanks to a group of computer nerds-turned-detective, it appeared McAfee had shacked up in a closed-down Hotel Daurada Park, which is an old rickety roadside building in Cambrils, in the north eastern Spanish region of Catalonia.

Spanish newspaper El Confidencial reported at the time of McAfee’s arrest in October that he had been living in what has been described as a "ghost hotel" since at least March 2020.

Other reports suggest the British-born anti-virus pioneer was operating from there for two years.

According to local media, McAfee would spend his time in the basement.

The tycoon had duped people into believing he was based somewhere in Belarus.

But his Instagram posting and tweets was to give his location away to the hotel in Catalonia. 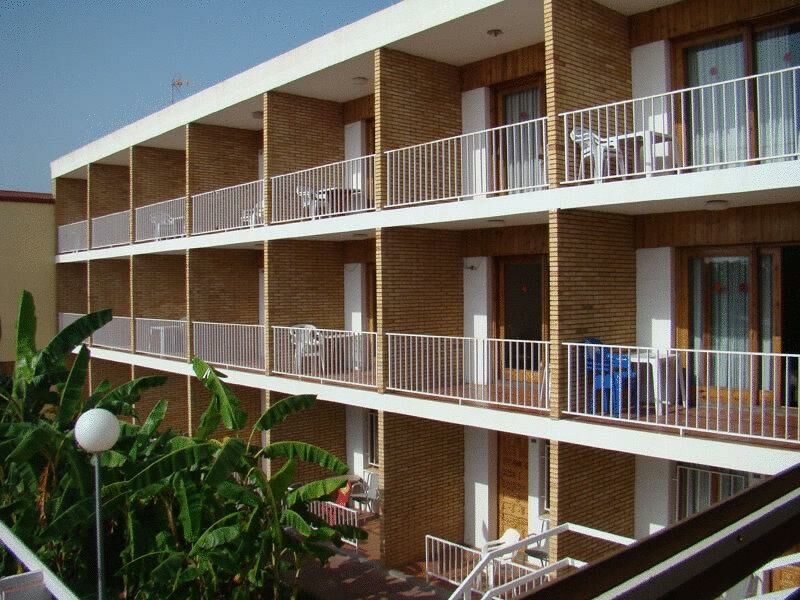 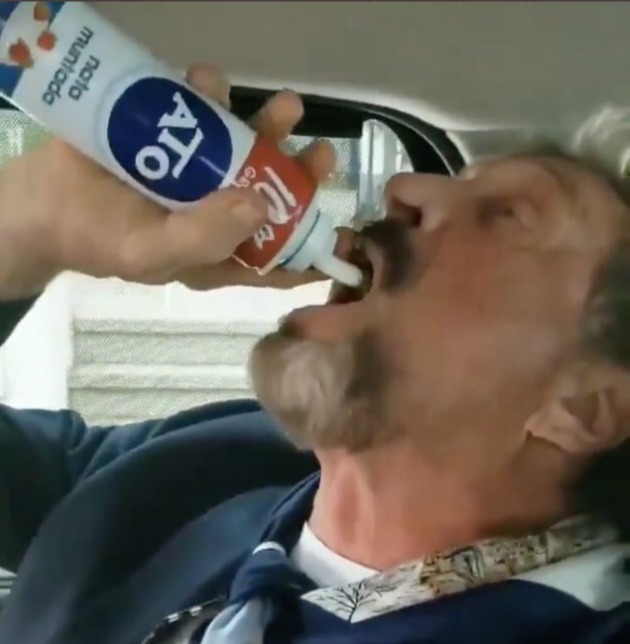 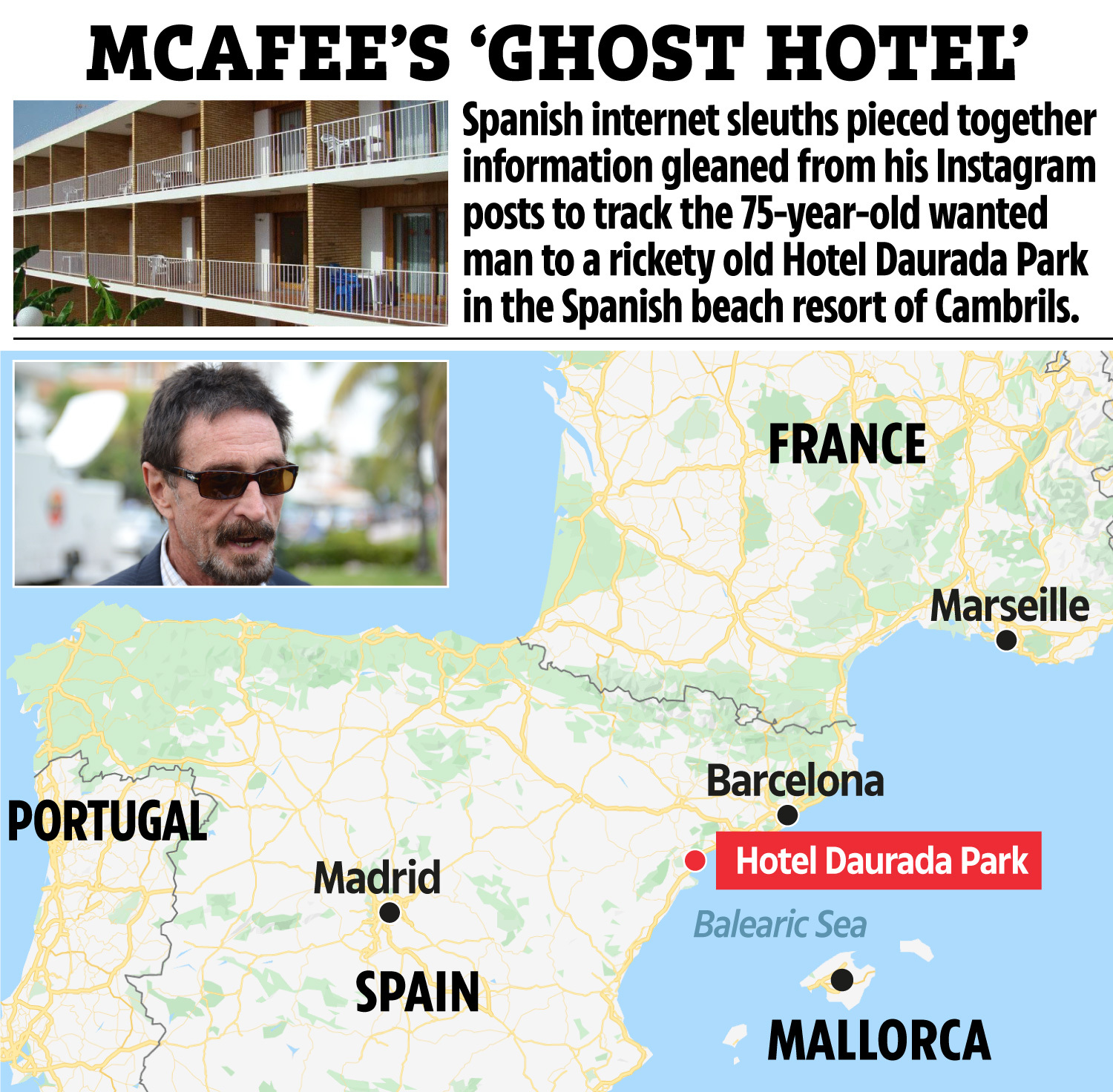 After he slipped up and said he was doing a lockdown in Spain a group of eagle-eyed Spaniards decided to track him down.

Analysing images they deduced he was not in the eastern European country of Belarus.

They discovered that when he claimed to be dining in Belarus but was actually in the in Spain, with bottles of Spanish Bezoya water bottles or in a car with ATO cream which is also made there.

A bottle of Catalonian Sumarroca cava was also spotted.

They found the beaches he was photographed himself on by using Google Maps. They then pin-pointed him to the Hotel Daurada Park. 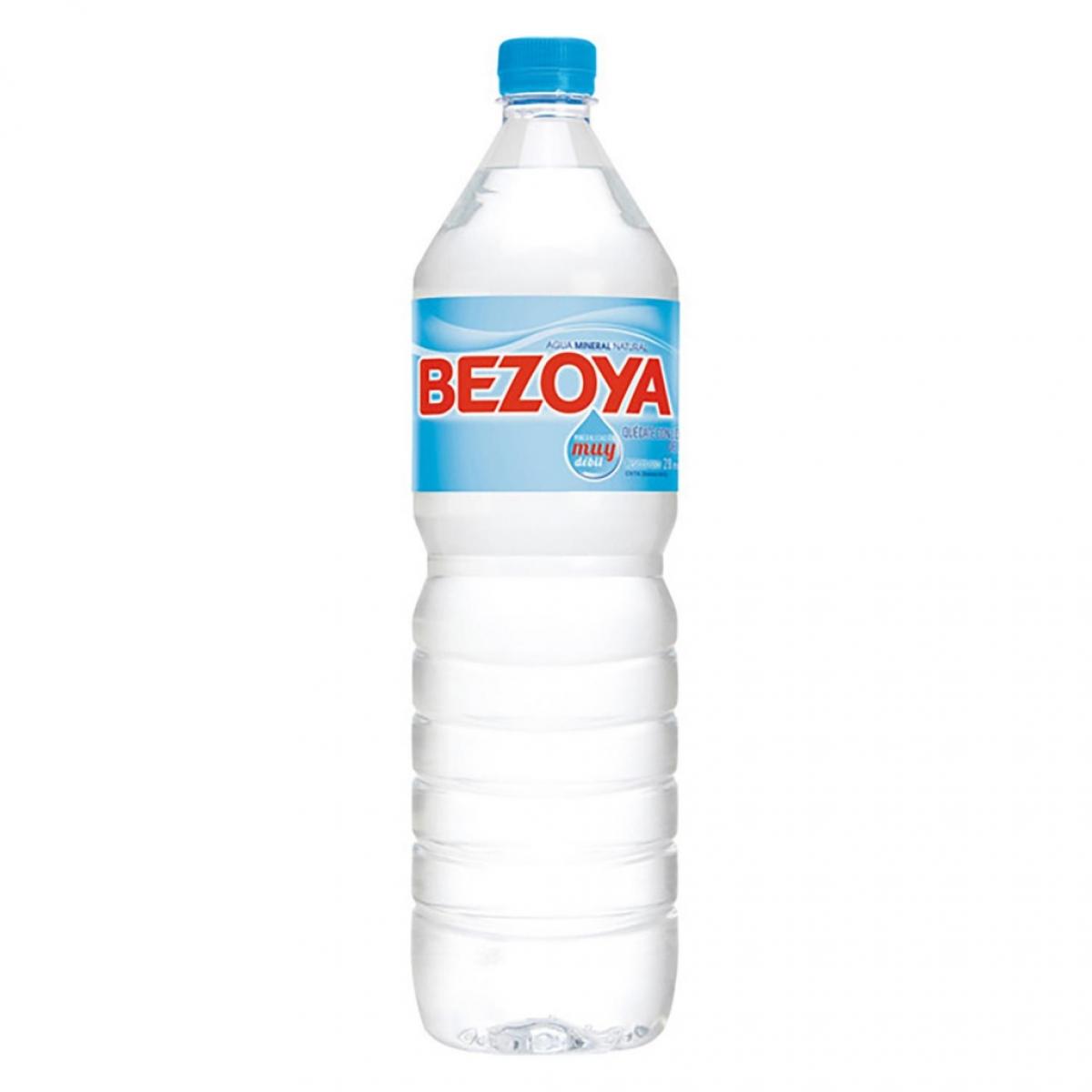 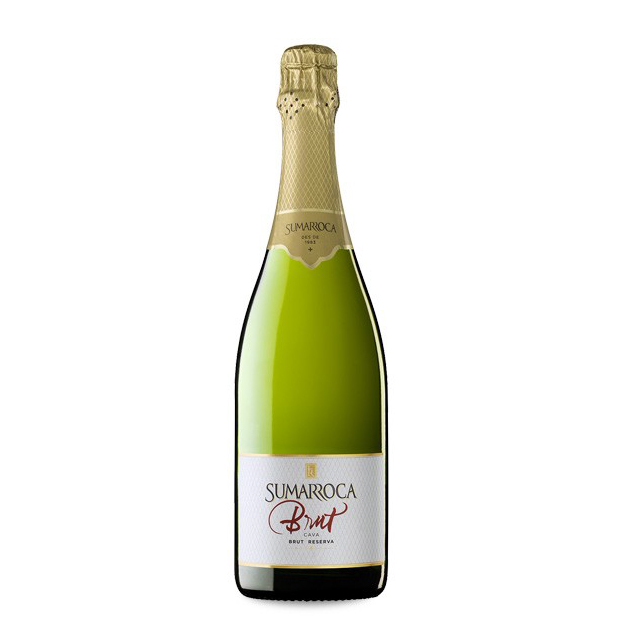 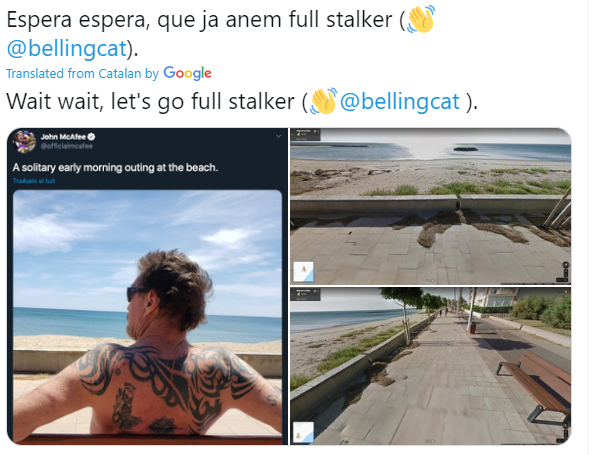 One guest who stayed at the two storey, 110 room hotel before it closed, described it as the Overlook Hotel from Stephen King's The Shining.

In a TripAdviser post, they said: "It must have had a moment of splendour and grace back in the 80's.

"In 2016 trust me it was spooky. you will feel that just like Jack Torrance, it is easy to lose your mind."

Local and regional police discovered in 2018 the hotel was hiding a cryptocurrency mining operation in its basement and parking garages.

The hotel had a building permit which it was rumoured was going to be used to transform it into a “macro brothel”.

But rather than hookers, tipped-off police found an elaborate cryptocurrency mining operation using dozens of computers.

To access them, you had to pass two controls that required you to enter your fingerprint.

It was reportedly the first ever cryptocurrency mining operation ever discovered in that part of Catalonia.

The owner of the building is a Russian businessman, according to El Confidencial, who claim that McAfee had boasted about employing Russian staff.

The entrepreneur fled his secret hideout and was arrested last October at Barcelona's international airport and locked up.

Just hours before he was suspected to have killed himself a Spanish court approved McAfee's extradition to the United States on tax-related charges that could have landed him in prison for 30 years.

Last year, Tennessee prosecutors charged McAfee with evading taxes after failing to report income made from promoting cryptocurrencies while he did consultancy work, as well as profits from speaking engagements and selling the rights to his life story for a documentary.

The charges referred to the three fiscal years from 2016 to 2018, according to the Spanish court's ruling on Wednesday.

In one of his final tweets posted on June 16, McAfee denied having any hidden assets, claiming the fortune he made in an alleged cryptocurrency scam had “evaporated”.

He said: "I have nothing. Yet, I regret nothing."

Soon after his arrest last year, McAfee tweeted that if he died in an alleged suicide, a conspiracy would be to blame.

"I am content in here. I have friends. The food is good. All is well.

"Know that if I hang myself, a la Epstein, it will be no fault of mine,' he tweeted referring to theories that sex predator Jeffrey Epstein did not take his own life in his New York cell; as a coroner ruled." 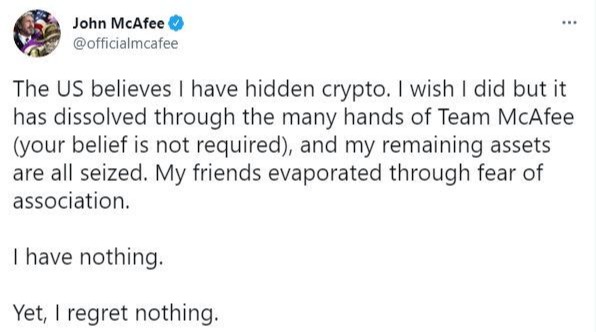 He was pictured in jail back in 2019 after his arrest 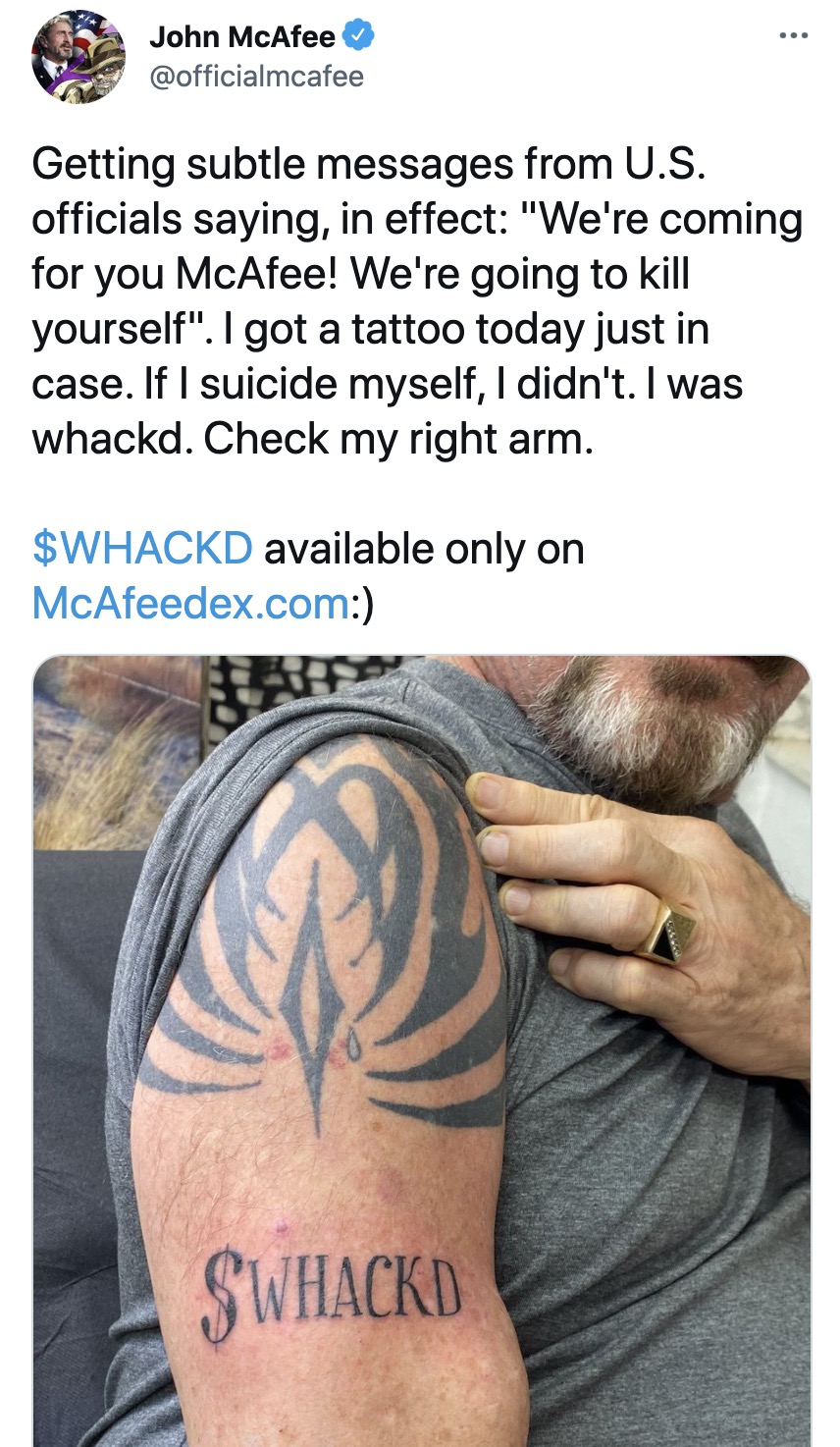 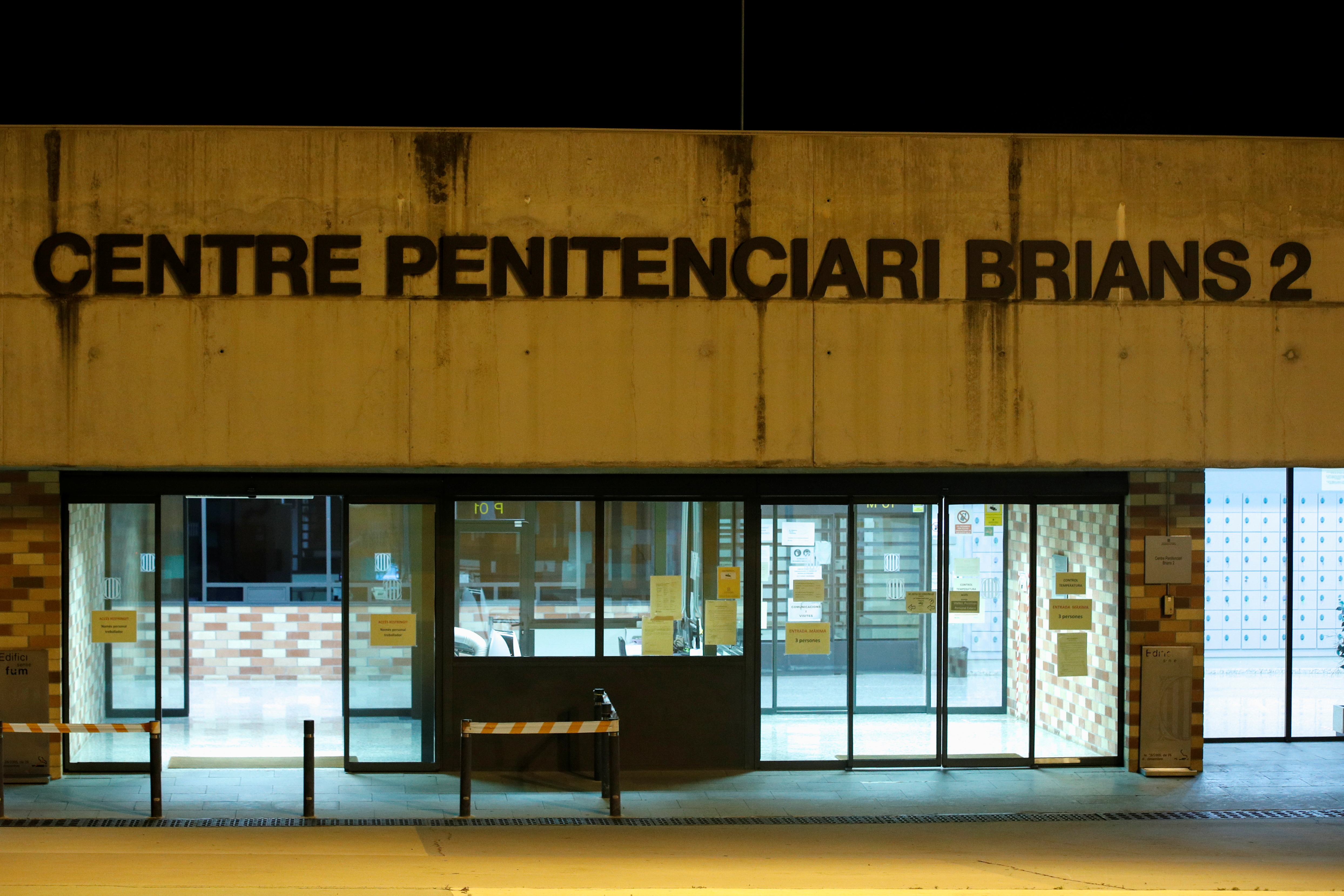