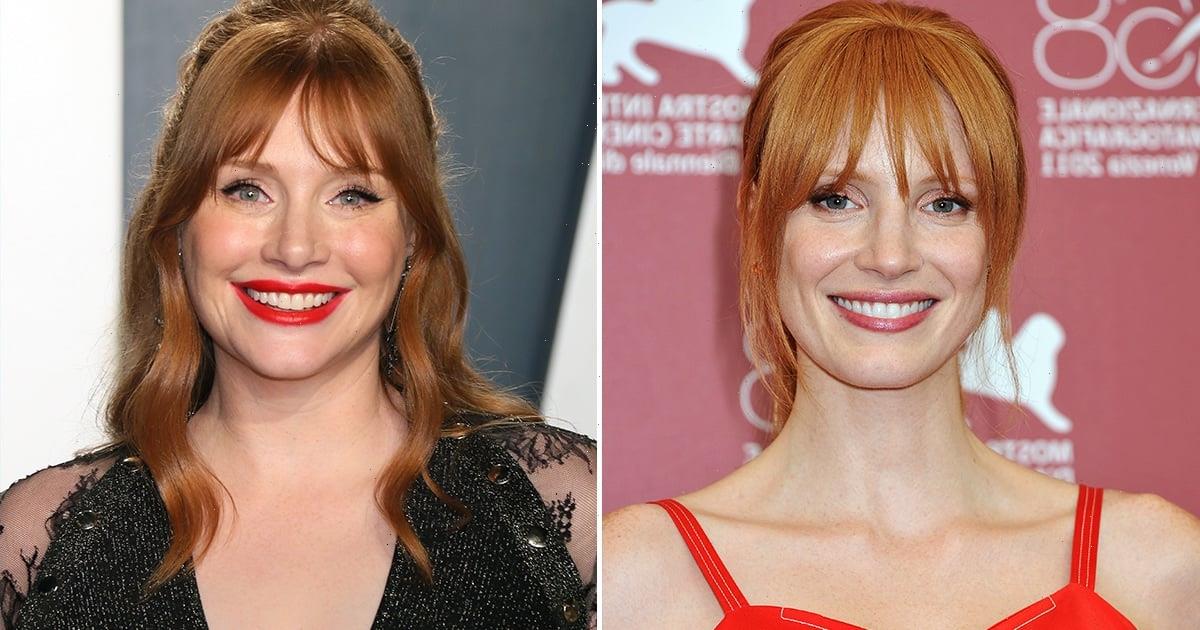 This isn’t the parent trap y’all

The resemblance between Jessica Chastain and Bryce Dallas Howard is so uncanny, they have been confused for one another since college and are almost always listed as celebrity doppelgängers. On June 23, the It actor posted a TikTok saying she was “f*cking sick” of being compared to her Jurassic World counterpart. This isn’t the first time Jessica has joked about the pair’s resemblance, and it probably won’t be the last.

Back in 2015, she posted a dubsmash of Bryce lip-syncing to the parody song “I AM NOT JESSICA CHASTAIN (Bryce Dallas Howard)” on Instagram. It’s nice knowing the duo are in on the joke, seeing as Bryce is the one who emailed Jessica the original clip and the clip of her lip-syncing. “That’s us addressing the ‘same person’ rumor. So clearly now, we’re not. But I’m sure I just confused everyone by me posting Bryce Dallas Howard singing it,” she said in a 2015 interview with HitFix. You can watch her funny video above.