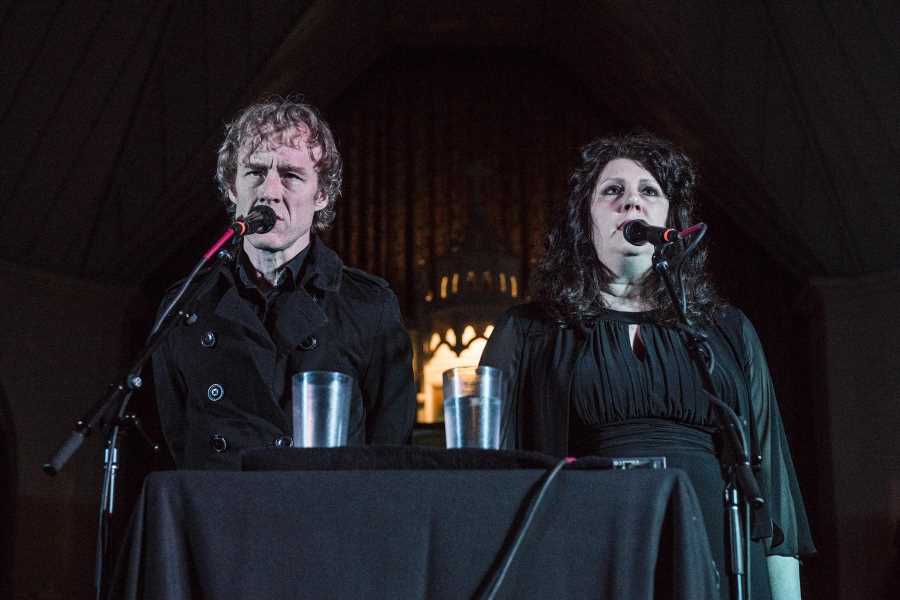 Low have announced their latest album Hey What, to be released September 10th via Sub Pop, and shared the first single from the LP, “Days Like These.” The song arrived on Tuesday with a music video directed by the band’s longtime friend Karlos Rene Ayala.

Hey What, Low’s thirteenth album and their third with producer BJ Burton, follows 2018’s Double Negative. The album is now available for preorder on CD/LP/CS/DSPs from Sub Pop, and LP preorders from megamart.subpop.com, select independent retailers in North America and in the U.K., and in Europe will receive the limited Loser Edition on clear vinyl while supplies last. The album’s cover art was designed by U.K. multidisciplinary artist Peter Liversidge.

Low have also announced a 30-date world tour with North American shows beginning on March 22nd, 2022, in Bloomington, Indiana. The North American leg will feature 11 shows throughout the eastern United States and Canada, and conclude with an April 8th show in Madison, Wisconsin.