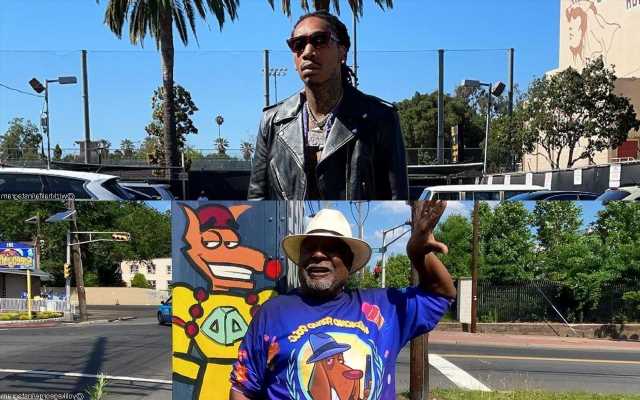 ‘Spinning Gold’, which has been in development for years, will chronicle the rise of the Casablanca Records boss’ hit labels Buddah and Casablanca in the 1960s and 1970s.

The Casablanca Records boss will be the subject of the movie “Spinning Gold“, which has been in development for years and initially had Justin Timberlake cast as Bogart.

“Supergirl” actor Jeremy Jordan has since taken over the lead role, and now Khalifa has been unveiled as the person to play Clinton – a part Samuel L. Jackson was once attached to.

Also joining the line-up is singer Tayla Parx as Donna Summer, and Ledisi as Gladys Knight, alongside Jason Derulo, who was previously tapped to portray Ronald Isley, reports Deadline. Jay Pharoah, Michelle Monaghan, Jason Isaacs are also among those in the cast ensemble.

The film will chronicle the rise of Bogart’s hit labels Buddah and Casablanca in the 1960s and 1970s, when his artists included Summer, Clinton’s Parliament group, Knight, The Isley Brothers, Village People, KISS, and Bill Withers, among many others.

Its soundtrack is said to be featuring a new versions of Summer’s “Last Dance” and “Love to Love You Baby”; Parliament’s “Give Up the Funk (Tear the Roof Off the Sucker)”; the Isley Brothers’ “Fight the Power” and “It’s Your Thing”; Knight’s “Midnight Train to Georgia”; as well as Withers’ “Lean on Me” and “Ain’t No Sunshine” among others.