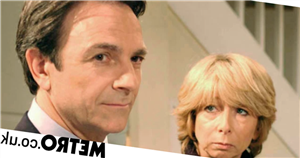 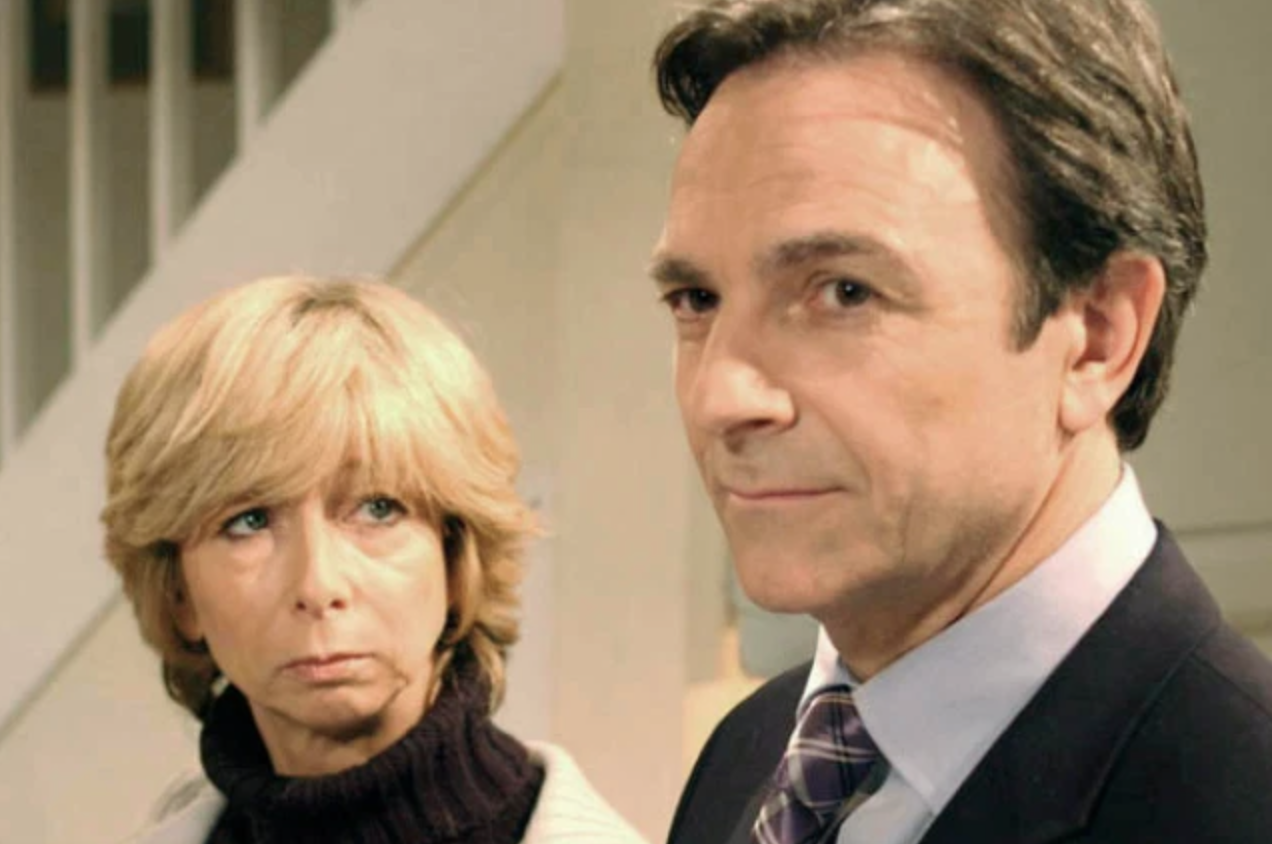 Sometimes it feels as though my life can be split into two eras: pre- and post-Richard Hillman.

What must it be like to be able to hear The Wannadies’ You & Me Song and not think immediately of him plunging into the canal on Coronation Street?

Are there people out there who don’t feel a rush of fear whenever they sit with their back to the room, remembering how he crowbarred poor Emily Bishop in the back of her head in an attempt to steal her money? It is inconceivable to me that people might live this way, in Richard Hillman-less ignorance.

On 20 June, it is 20 years since Corrie’s greatest villain first appeared onscreen. Little did we know then the impact this middle-aged financial adviser would have on the cobbles when he appeared at the funeral of Alma, claiming to be her cousin and then ingratiating himself with Gail Platt, in what would be the first of many ill-advised marriages for the olive-loving matriarch.

It is hard to believe now that his stint on the show was less than two years long. In such a short time, he left an indelible mark on the street and on pop culture alike, to the point where even now his final drive into the canal becomes a meme any time anything to do with driving hits the headlines (if someone was to drive to Barnard Castle to test their eyesight, for instance).

I, for one, still experience a thrill of joy when he is even vaguely mentioned on Coronation Street, an in-universe throwback to those days when he and his gloves enthralled the nation, and I’ve lost count of the number of times I have shouted ‘You should have stayed at the party, Maxine!’ to my friends after a couple of proseccos.

Two decades after his first appearance, I still believe Coronation Street has yet to come up with a villain of his calibre.

Pat Phelan, Ray Crosby and Geoff Metcalfe have all been awful, but none have come close to touching Richard’s legacy, surpassing him instead only in grimness.

Richard Hillman’s legacy did not depend on how menacing he was or how long he ‘got away with it’.

He wasn’t a run-of-the-mill soap serial killer – he was a hapless fraudster, a pantomime psychopath, Norman Bates with a briefcase.

Though he came with a body count (surprisingly including only one Weatherfield regular, beloved though Maxine was), there was very little gritty realism in Richard’s storylines, and Corrie was all the better for it.

Richard’s presence was a product of the unique position soaps occupy in popular culture. While they do have an uncanny ability to highlight real issues and bring them directly into our living rooms with characters we follow like family, the genre is also an expert in serving us high camp.

Soap is to real life what drag is to gender. It is larger than life, an exaggeration that transcends the limits of our imaginations in the name of art and entertainment.

I’m not saying that Richard Hillman’s storyline was necessarily art (though I would like to see it projected onto the walls of the Tate Modern), but it was certainly entertaining.

It was often as silly as it was dramatic, a natural forebear to the recently viral scene where Tracie Bennett’s Sharon tasered Jenny growling ‘Ave it’.

The confrontation scene between Richard and Gail, in which the iconic ‘Norman Bates with a briefcase’ line was first born, deserves to be studied in drama schools, such is its levels of theatre.

Both Brian Capron and Helen Worth as Richard and Gail deserve huge credit for such deadpan delivery and commitment to bringing the sensational (in every sense of the word) storyline to life.

Capron, in particular, always understood the assignment, taking great pleasure in playing such an unconscionable human disaster, and it is no coincidence that he’s found gainful employment in multiple pantomimes since.

He was the Gold Standard in villainy, memorable in every soapy way, complete with the watery demise that made him a one-man spectacle.

It would take an unconvincing but valiant CGI tram crash to reach those dizzy heights of drama again. Even then, a Jaws-effect zoom in on John Stape’s face couldn’t eclipse our shovel-wielding conman.

There’s been plenty of attempts since, but none as camp or as quotable or as capable of causing a nationwide power surge.

I wouldn’t rewrite a single second of his nonsense, but part of me still wonders occasionally if he could come back, like Dirty Den on EastEnders or Bobby Ewing on Dallas. Weatherfield isn’t the same without him.

You should have stayed at the party, Richard.