Billie Eilish dances through wardrobe malfunctions in ‘Lost Cause’ clip

Billie Eilish may have ditched her baggy clothes for sexy lingerie in British Vogue, but the singer says her signature style hasn’t changed.

In her new Rolling Stone cover story, the 19-year-old discussed the social media response to her internet-breaking, boudoir-inspired shoot for the UK fashion mag.

“I saw a picture of me on the cover of Vogue [from] a couple of years ago with big, huge oversize clothes [next to] the picture of [the latest Vogue],” Eilish recalled.

“Then the caption was like, ‘That’s called growth.’ I understand where they’re coming from, but at the same time, I’m like, ‘No, that’s not OK. I’m not this now, and I didn’t need to grow from that.’” 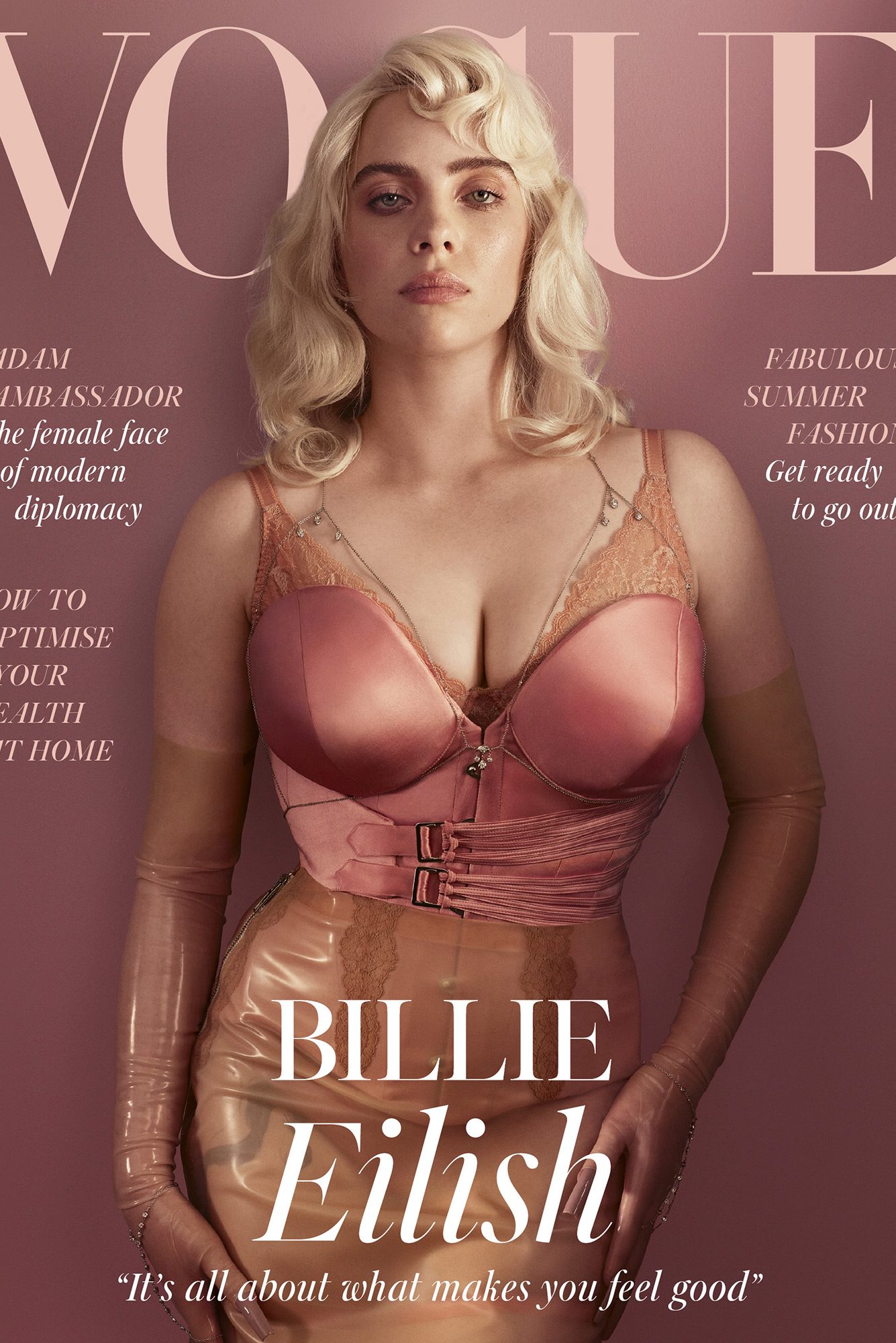 For British Vogue’s June 2021 issue, Eilish shed her go-to oversized duds in favor of lingerie-inspired looks including a custom, curve-hugging Mugler jumpsuit. She even showed off her secret hip tattoo, which she’d previously said fans “won’t ever see.”

Her newly blond hair — which the star told the magazine makes her “feel more like a woman somehow” — was styled in feathery pin curls. 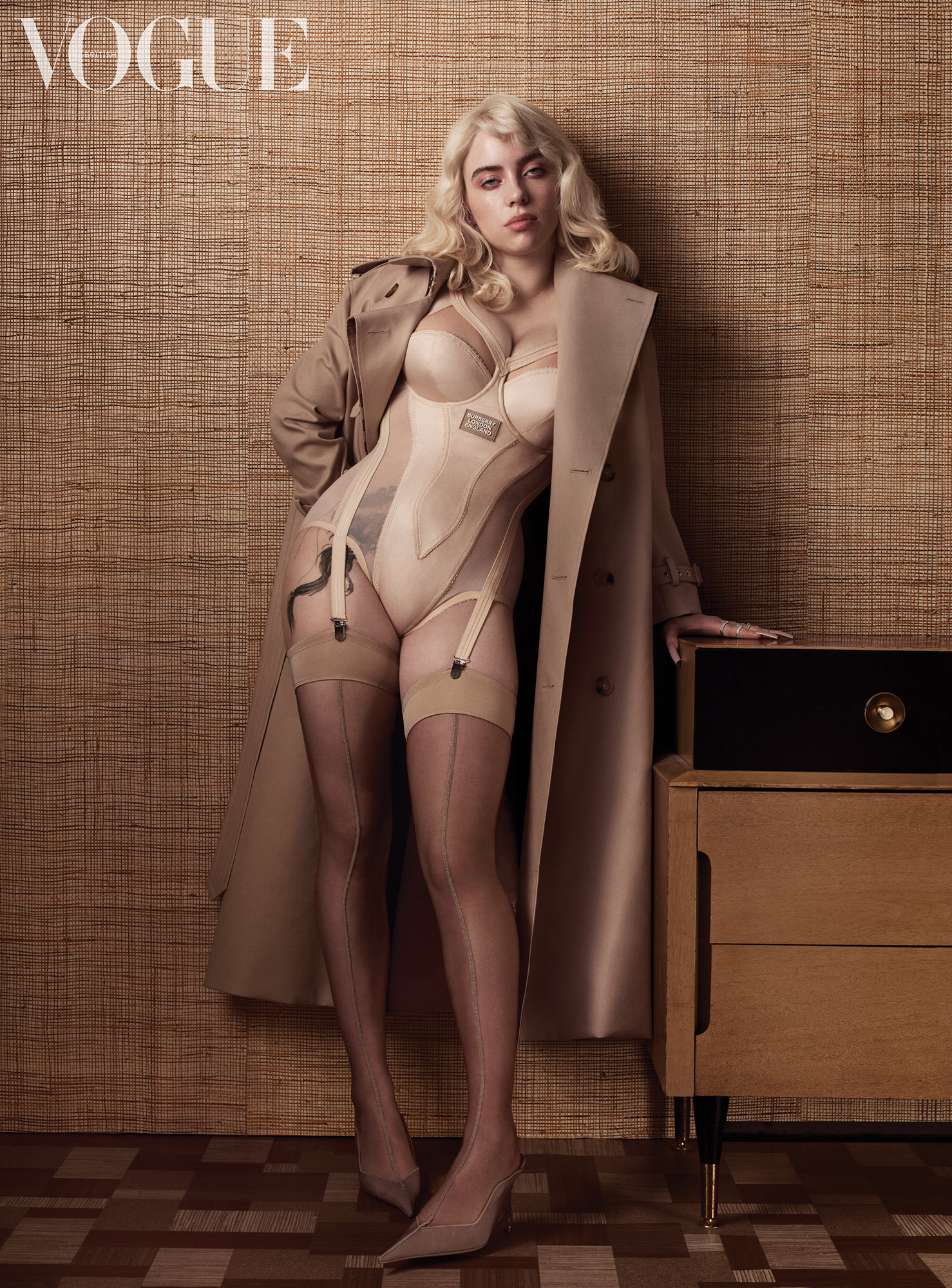 While some have lauded Eilish for her signature androgynous style, she’s also dealt with plenty of body-shaming. Last year, the star spoke out about the double standard in a short film called “Not My Responsibility.”

“If I wear what is comfortable, I am not a woman,” she said in the viral clip. “If I shed the layers, I’m a slut. Though you’ve never seen my body, you still judge it and judge me for it. Why? We make assumptions about people based on their size. We decide who they are, we decide what they’re worth. If I wear more, if I wear less, who decides what that makes me? What that means? Is my value based only on your perception? Or is your opinion of me not my responsibility?” 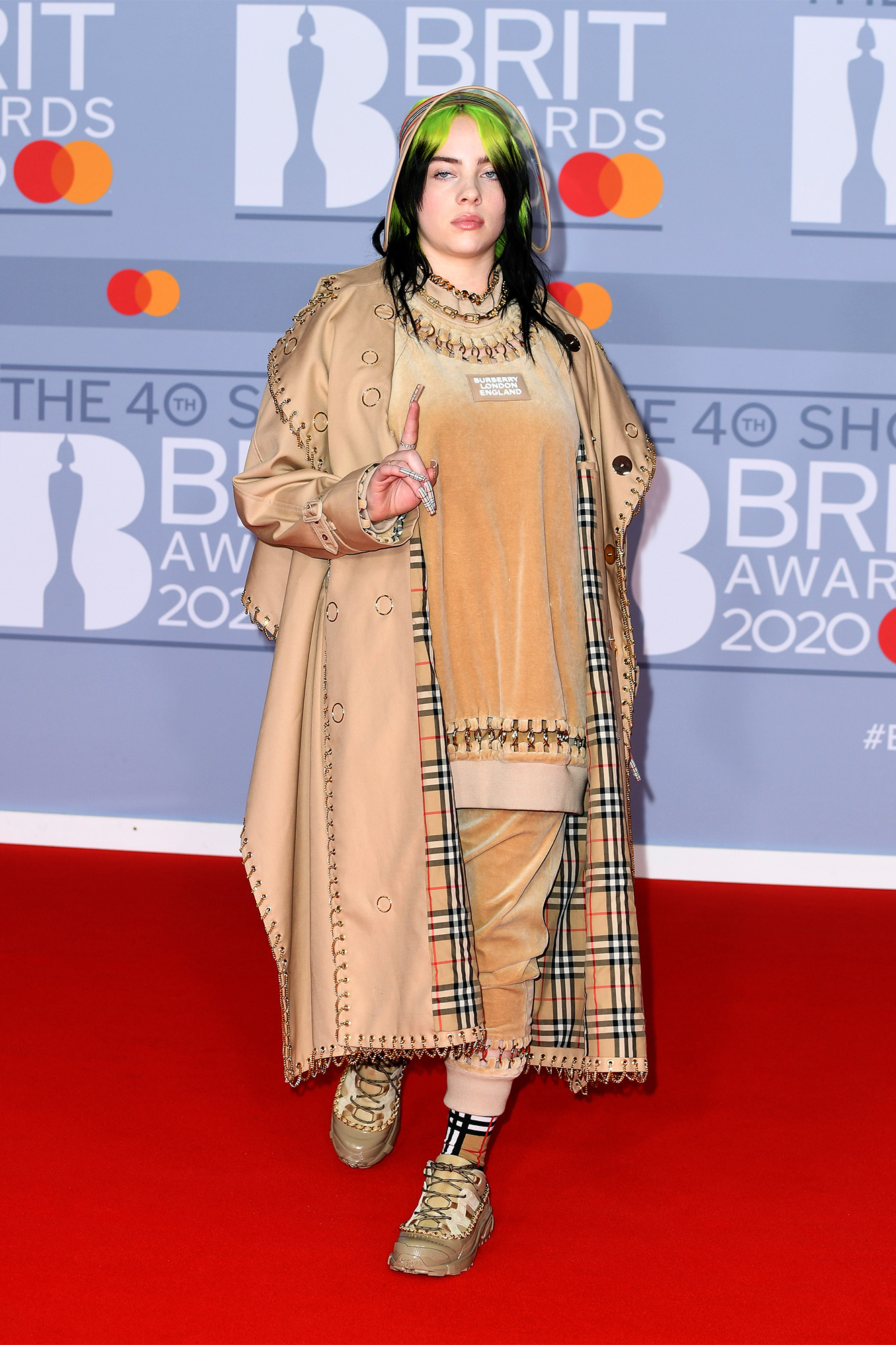 And the beginning of a new era doesn’t mean fans should expect a new Billie. While her latest single “Lost Cause” was accompanied by a playful slumber party-themed music video featuring plenty of sexy sleepwear, the Grammy winner told Rolling Stone that her highly anticipated second album “Happier Than Ever” will still tap into raw emotion.

“I hope people break up with their boyfriends because of it,” she quipped.