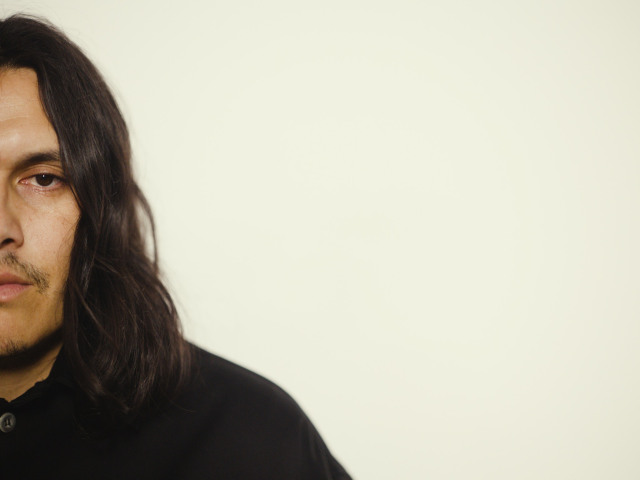 MILAN — “If you want to make movies you come to Los Angeles, if you want to be in fashion you have to go to Milan,” said Guillermo Andrade, explaining his reason for staging the spring 2022 collection of his 424 brand in the Italian city for the first time.

The decision to decamp to Milan was very personal, the Guatemala-born designer, retail guru and streetwear maven explained over Zoom from his Los Angeles shop FourTwoFour on Fairfax.

“My spirit took me to Milan…I really feel at home there: The people, the culture, soccer, fashion, the attention to [quality], the people who make the fabrics, it’s the family. It’s how I love to see the world,” he enthused, adding that he moved the entire production of his 424 label to the country following a licensing deal with the Italian manufacturer 380 Group that can guarantee better quality.

After experimenting with other presentation formats, like showroom campaigns and runway shows, which didn’t really match the brand’s ethos rooted in elevated streetwear, he felt the time was right to host his first formal show, albeit digitally.

“I now have a very clear idea of what I want to show, and I want to share, so the time feels right. Now it feels more real, there’s more texture, more background, more references, more categories, the production is at a different level, the prices are correct, the fabrics are incredible, production is like a dream, I’m just getting started,” he offered.

Andrade, who cofounded the brand in 2014, explained that he tried to distill a commentary on the American lifestyle — the good and the bad of it — in his short movie, a representation of what he bills as the land “where so many people end up from so many places and share the same dream. We want to make it, we want to live our s–t down and come here and try.”

Rather than following a theme, he drew inspiration from 1991 conspiracist book “Behold a Pale Horse” by Milton William “Bill” Cooper, a manual that has largely influenced generations of rappers in the U.S. and shaped Andrade’s self-proclaimed cynical vision of a world that is not “this fuzzy, cute place.” 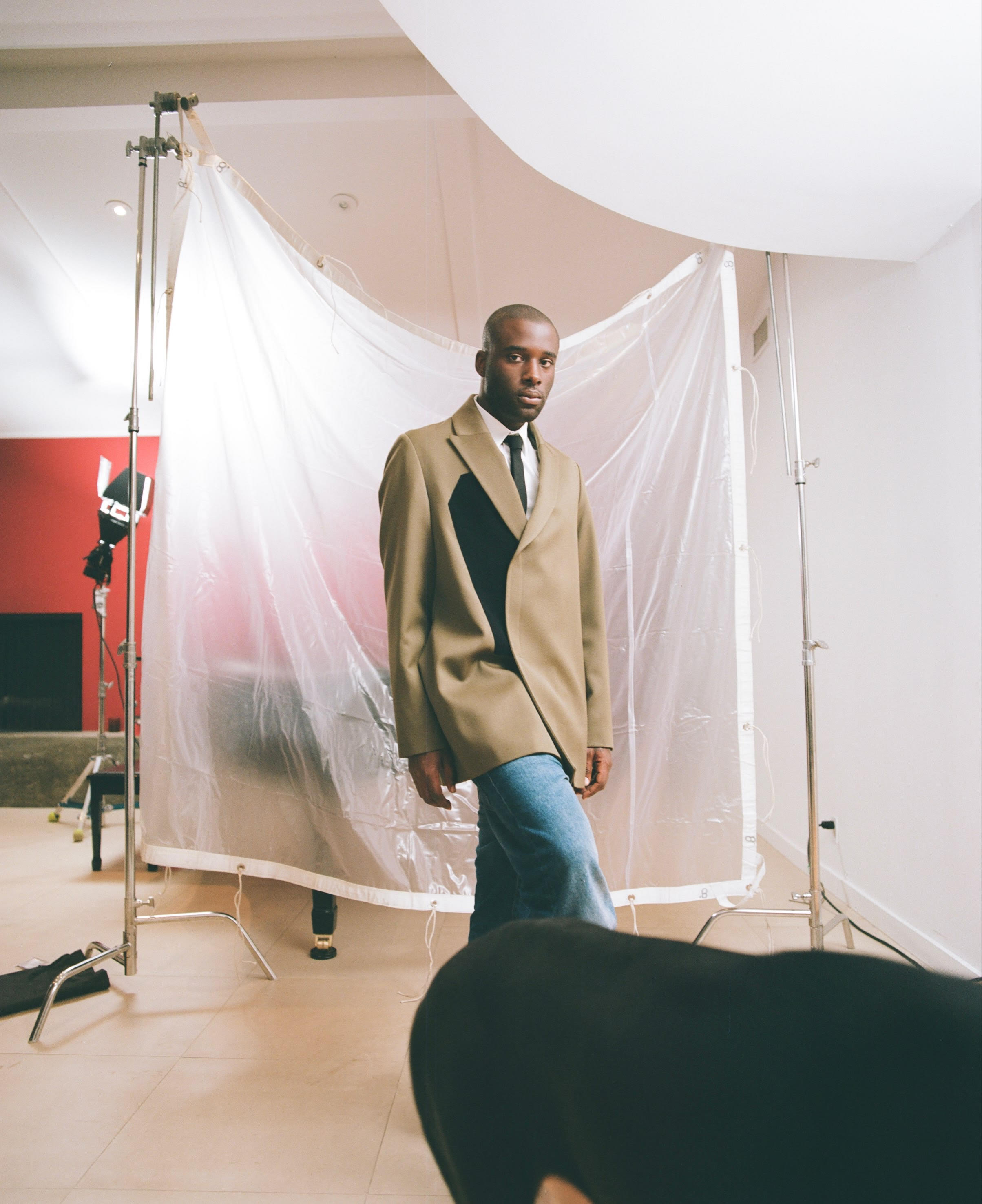 He kept the reference subtle — almost for himself, he said — and built a wardrobe of essentials that speak to the global customers he is looking to tap into. “The clothes are a reflection of the lifestyle, [they are] a first-person perspective on the necessity that I have,” he said.

“I feel like if I’m going through something maybe somebody else is going through the same thing….The whole point of what we do is to be able to connect to people,” he noted, mentioning different clothing needs across geographies, age groups and communities.

As such, he firmly believes that the brand should cater to sixteensomething cool kids on the streets, who might have only donned cotton sweaters until now, as well as to the team members of the Arsenal soccer club, which named 424 its formalwear sponsor in 2019.

Case in point: Andrade’s own take on tailoring took an increasingly central role in the 424 offering as a reflection of what his style and lifestyle have always been since he was a 14-year-old buying vintage blazers at Goodwill thrift stores to pair with polo shirts and baggy jeans. 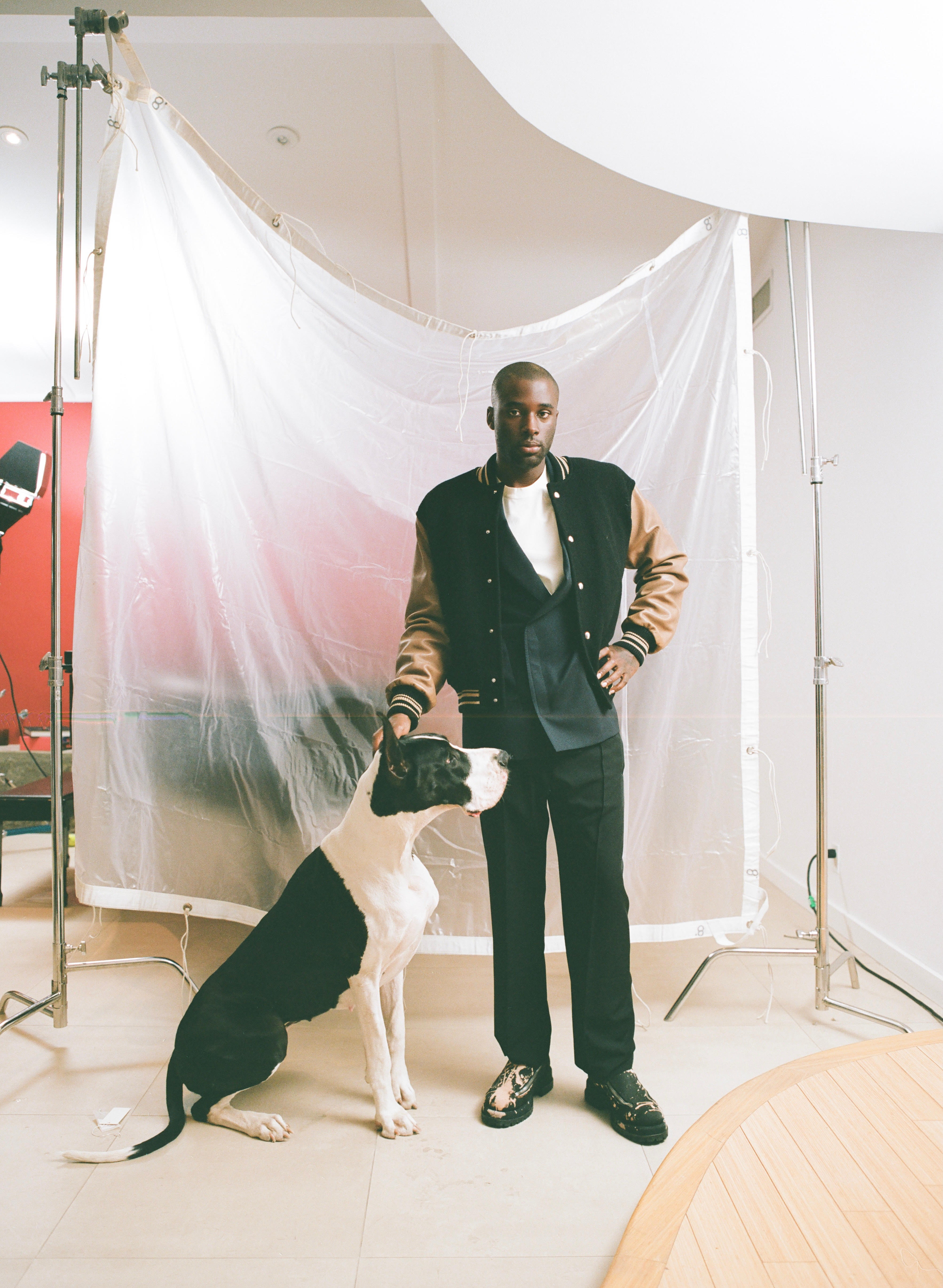 With a clear vision in mind, there’s also room for growth, and the Milan show represents only an introduction to the 424 world, which may open up to other categories such as women’s wear, he hinted.

Andrade celebrated his 10th career anniversary last year — plotting 10 collaborations with 10 different brands spanning from Doublet to Babylon L.A. and Australian label Song for the Mute — but he’s hardly one to look back.

Asked about the evolution of the streetwear phenomenon, which has grown from being niche apparel for youth counterculture into a global phenomenon that has reverberated throughout the luxury industry, Andrade said the trend will never really fade out.

“Now there are fancy names for it, now there’s a sort of need to define it and put it in a place where corporations can attach themselves to it and make money. We created a sort of system for each other, a support system to share and sort of discover new things, and they called it hype. We didn’t call it hype, this was just us working with friends, this was our group,” he noted.

Streetwear purists might argue that the global resonance of the phenomenon has caused more bad than good to it, eroding its original soul — but not in Andrade’s view.

Streetwear had already made its presence felt in the industry at least since Sean “P. Diddy” Combs was named the Menswear Designer of the Year for his work at Sean John at the 2004 CFDA Awards, beating out veterans like Ralph Lauren and Michael Kors.

“It’s nothing new; it’s that now it’s so present and so relevant that it has to be acknowledged and as it is acknowledged, the friction that’s coming from it is going to create something new, it’s an evolution,” Andrade noted.

If corporate takeovers of the streetwear aesthetic — and consequent luxury tie-ups — hadn’t happened, Andrade and his peers would have never had the opportunities they did, he said.

“You can’t be a hypocrite and say that you don’t like something that benefits you. I used to be really extreme to protect the game but you learn over time that that is really not true because if the appeal of what we do wasn’t felt by so many people all over the world I would not get this opportunity to work with Arsenal.

“These brands were not speaking directly to us, they had been creating a lifestyle that you wanted to aspire to, that you wanted to have one day, but they were not speaking directly to you. Now they have to, now the conversation has expanded, I’m excited for the things that are happening next, for the opportunities that this is creating for all my friends, colleagues and myself,” he noted.

To this end, he didn’t rule out welcoming investors on board should the right partners come knocking at the door. “I wasn’t ready to have one before, I think both mentally and in terms of objectives of my business, now for example I know what I need from investors, before not really,” he said.

In the meantime, he’s forged ties with Hornitos Tequila for the Andrade Mentorship Program, which will allow young fashion enthusiasts to apply for a 10-week apprenticeship program with him and his team to learn the ins and outs of the fashion business.

Who Is the Next Supreme?