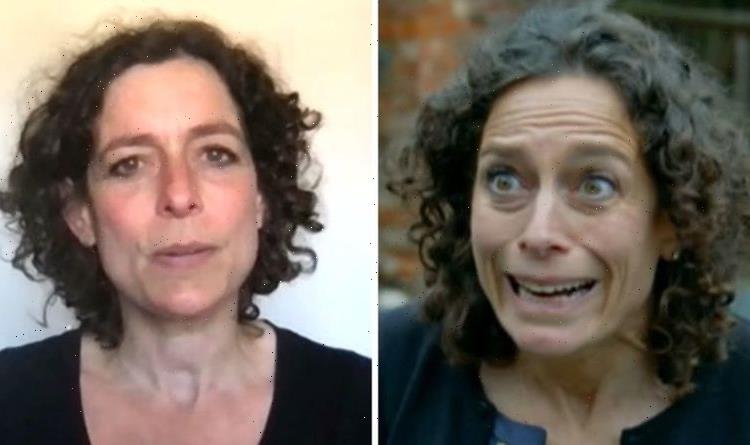 During Wednesday’s This Morning, ITV hosts Holly Willoughby and Phillip Schofield spoke with The Hotel Inspector’s Alex Polizzi via video link about the new Channel 5 series. Alex, who is renowned for her harsh criticism on the show, admitted to the hosts that the new series almost never happened, despite having filmed most of it.

Phillip began the interview by asking: “How much did you get done before lockdown?”

“Almost everything,” Alex replied. “Thank goodness. It just wouldn’t have been possible otherwise.

“This lockdown I’ve had my own challenges of trying to open my own hotel so thank goodness filming was largely over by the time it [lockdown] hit properly.”

Holly went on to talk about Alex’s approach when she’s giving advice to hotel owners on the series, as she pointed out: “It’s brutal, isn’t it?” 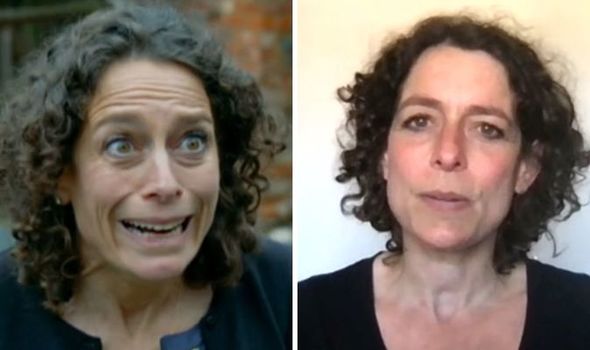 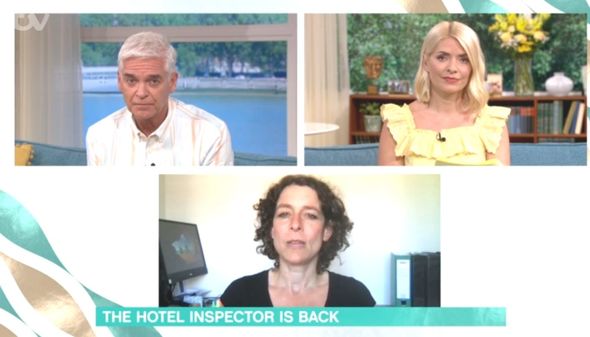 “I guess it’s easy to be brutal when you’re talking about a business, or this, that and the other,” Holly continued.

“But some of the people you talk to it gets a lot more personal than that.

“I’m thinking about James and Yvonne who were on last week and the advice you had to give them was about hygiene.”

Alex went on to explain to the hosts that she “never tries to be brutal” to hotel owners when giving her feedback. 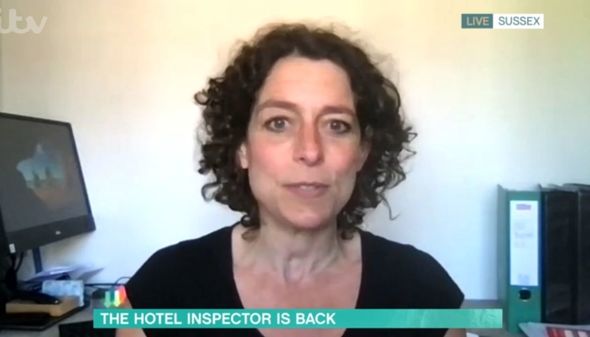 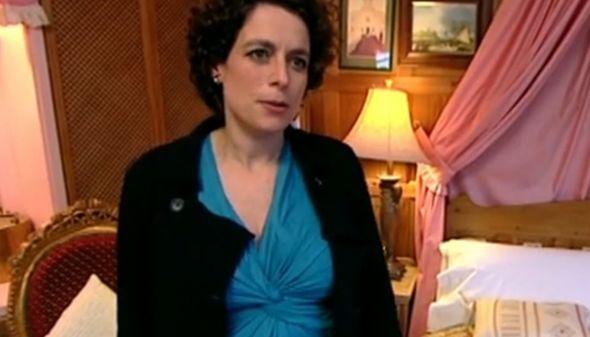 The expert added: “I spend a lot of time trying to work out how to say things in a manner that is going to be effective.

“And in quite a short space of time without hurting anyone’s feelings.

“But, I do try quite hard to do it as nicely as I can actually.”

Speaking about the worst thing she finds when inspecting a hotel, the 49-year-old explained: “I really do believe cleanliness is next to Godliness.

“There’s just no excuse for something not being cleaned properly and I’m amazed at how often I have to remind hoteliers and hospitality providers of that.

“You’d think that it would be 101 in hospitality, but I’m often faced with grubby shower curtains and dirty plug holes.

“You know stained carpets, all of those things which actually none of us wants to see when we’re spending our hard-earned cash.”

Holly went on to quiz the hotel inspector on the service of the hotels she visits, as she said: “The gold standard for you when it comes to a hotel is the service.

“If you get the service right and then you’re winning.”

Alex told her: “I don’t know about you, but you can be in the nicest place but not be looked after properly.

“And you just feel cheated, and I think especially when you work really hard and those holiday moments are so important.”

This Morning airs weekdays at 10am on ITV.