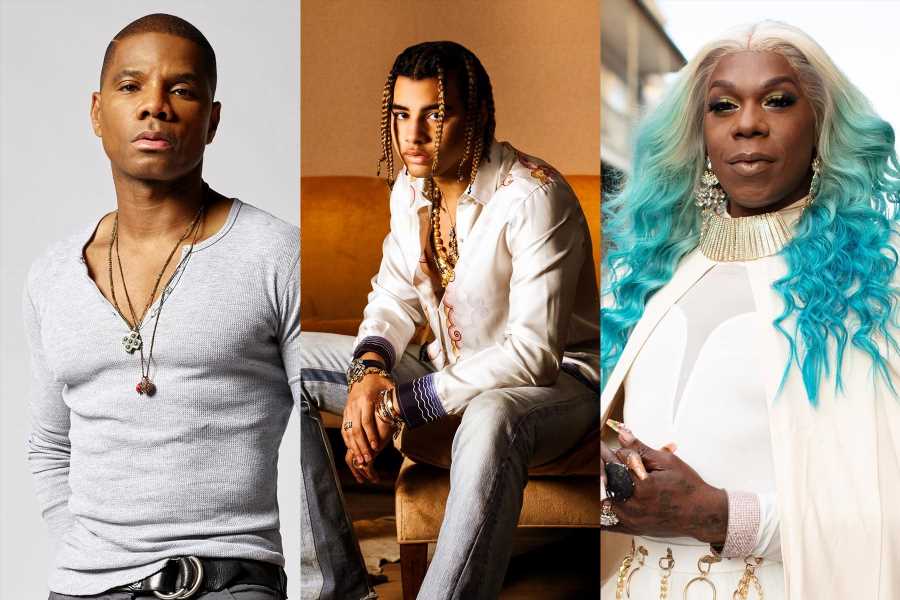 When director Malcolm D. Lee thinks of the soundtrack to the original Space Jam, he sees a cultural turning point. “It came at a time when soundtracks for movies were just exploding, particularly when it came to African-American music — hip-hop and R&B,” he says. “So I would say that we had a high bar to reach.”

Lee is referring to the all-new, all-star soundtrack for the upcoming sequel he directed, Space Jam: A New Legacy. The new film is something of a generational update on the 1996 original, and finds Michael Jordan’s iconic role taken on by the current era’s basketball great, LeBron James. The four-time NBA MVP guides a familiar gang of animated teammates, with a decidedly 2021 twist: The villains in the new film arrive courtesy of a mysterious A.I.

RS Charts: Lil Baby, Lil Durk Grab Number One With 'The Voice of the Heroes'

Like the original soundtrack, which featured songs by everyone from D’Angelo to Busta Rhymes, Lee’s update makes significant use of contemporary music, with artists like Lil Uzi Vert, Lil Wayne, Saweetie, Lil Baby, Big Freedia, 24kGoldn, Brockhampton, and Chance the Rapper all featured on the track list (not to mention Dame D.O.L.L.A., a.k.a. NBA star Damian Lillard).

“The music that we get for the movie has to be in the body of the movie,” Lee explains. “So that’s always the thing that we strived for.”

As such, the Space Jam: A New Legacy soundtrack, which is available for pre-order today, is less an album inspired by the film than an album of songs you can expect to hear in the actual movie when it arrives on July 16th.

“We were really conscious about wanting to bring all kinds of artists together, because that’s the world today,” Dana Sano, Executive Vice President of Film & Television at Republic Records, says. “So if you’re looking at streaming culture, you’re getting music globally. The reach and the thought behind this was to have a spectrum of music and artists.”

Big Freedia was excited to contribute to a soundtrack for a children’s movie, offering a kind of representation that the original film’s music lacked. “To represent for the LGBTQ community and to have my voice on it is definitely letting people know that they’re opening things up to all walks of life,” Freedia says. “I’m really honored to be a part of it and to represent my community.”

To create a soundtrack as monumental as this one, teams at Warner Brothers and Republic Records had to coordinate between filmmakers, musicians, and producers — all during a global pandemic. “We had this kickoff meeting in February of 2020, and we had it in person, and we had no idea that it would be our first and last actual work gathering in person,” Sano says. “We were having to pivot and figure out how to do this together with teams, and it was the most incredible team effort, because we were going through this all at the same time.”

Kirk Franklin’s collaboration with Lil Baby on the song “We Win” is a standout moment on the soundtrack; the song is already a gospel hit, and it is sure to mark a major moment in the film. But Franklin says he found it challenging to work on the song without being able to meet face-to-face: “I’m such a people person, so it was extremely difficult. I just hope and pray that people can still feel the inspiration and the hope in it, even though I wasn’t able to touch people.”

Franklin remembers FaceTiming with Lil Baby to tell the rapper how much he appreciated his work, particularly his Grammy-nominated hit “The Bigger Picture.”

“That he was able to tap into some depth about what was happening and with the temperature of the moment in society, I was impressed,” the singer says. “And I think he did it again here. Once again, he showed people how broad he can be in his commentary, and his vulnerability, too.”

For Lil Baby, the feeling was mutual. “Working with a legend like Kirk Franklin was cool. I’m proud this is a song that my grandma and kids can listen to, while at the same time I’m still being authentically me,” he says in an email. “I’m always looking to grow as an artist, and to be a part of the #1 Gospel song in the country…It’s a blessing.”

The A New Legacy soundtrack is as multi-faceted as the generation it’s appealing to. Where the 1996 film existed in a world of more clearly defined genres, 2021 is a mash-up of sounds and identities, and on the movie’s soundtrack, you really get a taste of everything, from gospel to pop to hip-hop and R&B.

For 24kGoldn, who is among the youngest contributors to the album, the original film exists more as a cultural reference than a memory. “I wasn’t even a thought in my parents’ head yet when the original came out,” says the 20-year-old musician. “But Space Jam is so important to sneaker culture, so I discovered it when I was in middle school and really got to understand how it connected to what I loved about sneakers.”

That youthful sensibility is an asset for Goldn on the soundtrack. He recalls early meetings with the team where he was encouraged to simply be himself. After all, the movie is for people closer to his age than those who remember 1996. His song, a collaboration with Lil Wayne, also marked a dream come true for Goldn, who says he’s been listening to Wayne since he was a kid.

“This is legacy-building type of stuff. Space Jam is so revered in the hearts of people young and old,” he says. “And now the next generation is going to be able to get the same experience from this one.”

The release of Space Jam: A New Legacy also signifies a return to the movies and, in turn, a return to a semblance of normalcy after more than a year of lockdown. For the team that worked on the soundtrack, it’s a project that brings you back to the best parts of the way things were before the pandemic.

“This movie is a lot of fun. It’s a great return to the movies. With family, with friends, with a date. It’s a return to what we want out of a big-screen summer movie,” Lee concludes. “Great music, good spectacle, lots of laughs, and some unexpected emotion as well.”