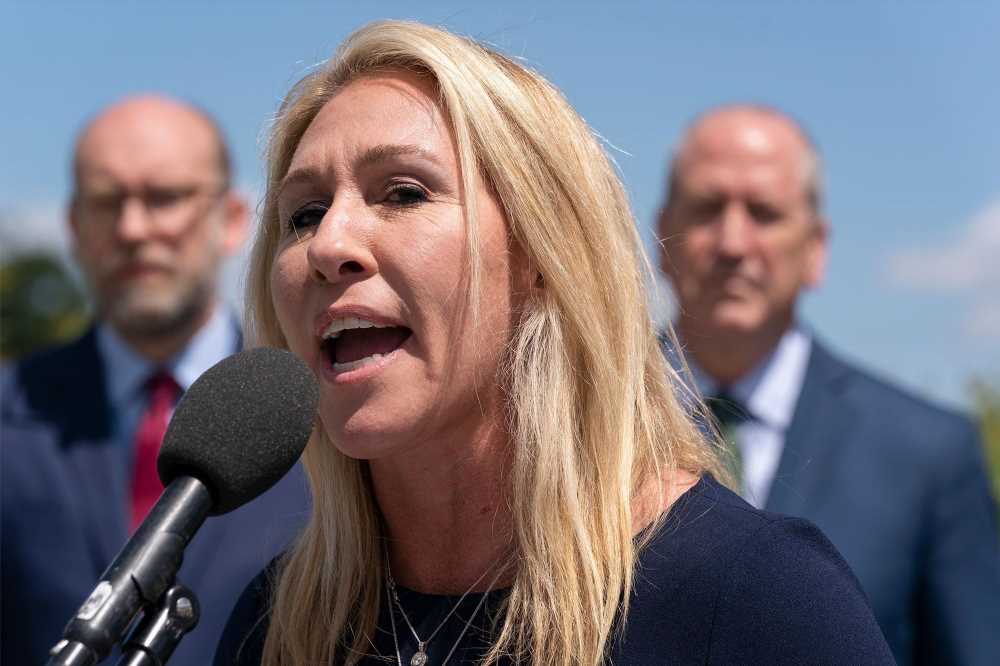 “There is no comparison to the Holocaust and there are words that I have said, remarks that I’ve made that I know are offensive and I want to apologize.”

The Georgia Republican was the focus of bipartisan outrage last month when she criticized House Speaker Nancy Pelosi (D-Calif.) for requiring that all members wear masks in the House chamber except when speaking during debate. (The rule was changed last week to allow fully vaccinated members and their staff to go without masks.)

“You know, we can look back at a time in history when people were told to wear a gold star, and they were definitely treated like second-class citizens, so much so that they were put in trains and taken to gas chambers in Nazi Germany,” Greene told Christian Broadcasting Network’s David Brody at the time. “And this is exactly the type of abuse that Nancy Pelosi is talking about.”

Days later, Greene doubled down by tweeting an article about a Tennessee grocery store that had added a “vaccination logo” to employee name badges.

“Vaccinated employees get a vaccination logo just like the Nazi’s forced Jewish people to wear a gold star. Vaccine passports & mask mandates create discrimination against unvaxxed people who trust their immune systems to a virus that is 99% survivable,” she tweeted on May 25.

Those tweets led to more outrage, with at least one GOP lawmaker suggesting that Greene be expelled from the House Republican Caucus.

Despite walking back her earlier comments, Greene insisted Monday that mask and vaccine mandates are a “form of discrimination”.

In February, Greene was stripped of her House committee assignments over past statements espousing various conspiracy theories, including QAnon and the 9/11 “truther” movement. She declined to say Monday whether Rep. Ilhan Omar (D-Minn.) should meet the same fate over a tweet she posted last week stating the US, Israel Hamas and the Taliban had all committed “unspeakable atrocities.”

“I think those are unbelievably insulting statements to our American military and to the Israeli military,” Greene said. “There is no comparison … and it was good to see members of her own party call her out on that. I don’t think that that’s the type of views — and it’s more than just her statements about the military, it’s also been words from the entire Squad that have been brought hate, and maybe encouraged attacks on Jewish Americans.”