The veteran broadcaster has joined the GB News team, a new news channel launching this evening from 8pm. Mr McCoy has developed somewhat of a cult following for his on-air dry humour and bewilderment at the royal media circus. Reflecting on why he left the BBC, he noted that he was glad he no longer had to wait for royal babies.

He said: “I was more than happy that the Duchess of Sussex announced the arrival of Lilibet while we were rehearsing for the launch of GB News, because I didn’t have to report on it live on air.”

This is not hard to believe when his quips over the years have clearly demonstrated his disdain for the BBC’s coverage of the royals.

In October 2017, while presenting the news, Mr McCoy was given a story to tell that he was not too impressed by.

He said: “Just got this coming in from Kensington Palace, news we’ve just got ‒ Their Royal Highnesses The Duke and Duchess of Cambridge are delighted to confirm they are expecting a baby in April. 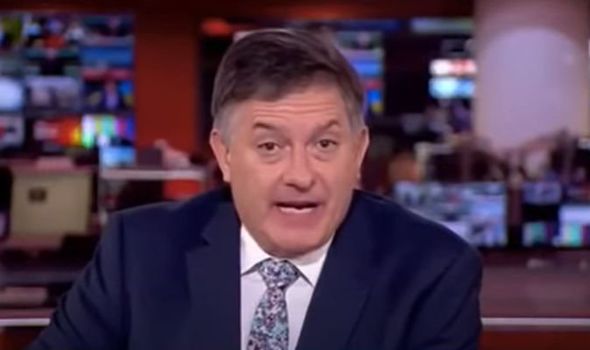 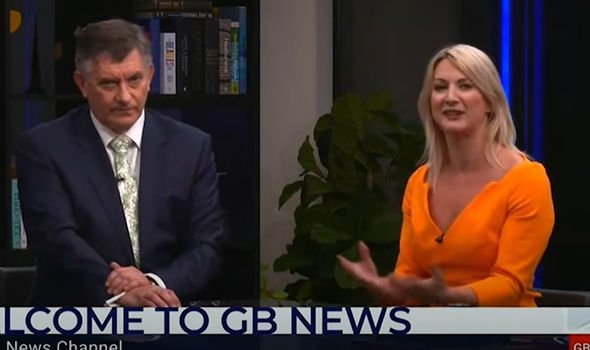 “Now, bearing in mind they announced that she was pregnant back in September and it was thought she was around two or three months pregnant, I’m not sure how much news this really is.

“But anyway, it’s April, so clear your diaries, get the time booked off, because that’s what I’m doing.

Throughout his comments, Mr McCoy appeared to be suppressing an exasperated chuckle. 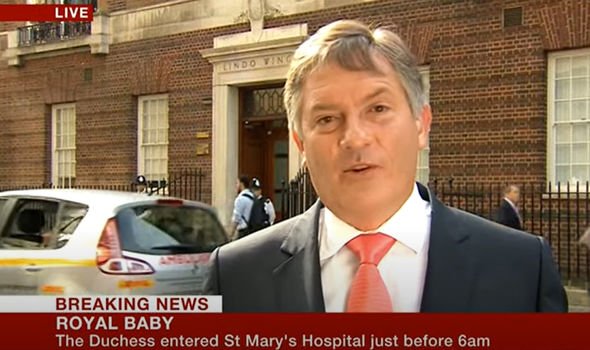 Several months later, when Kate went into labour, Mr McCoy was stationed outside the Lindo Wing to live report on the story.

However, he made it clear he thought the whole charade was ridiculous, because there would be no news until the official announcement.

He said: “Thank you Robert, plenty more to come from here of course, none of it news, because that will come from Buckingham Palace.

“But that won’t stop us, we’ll see you later, Rachel.” 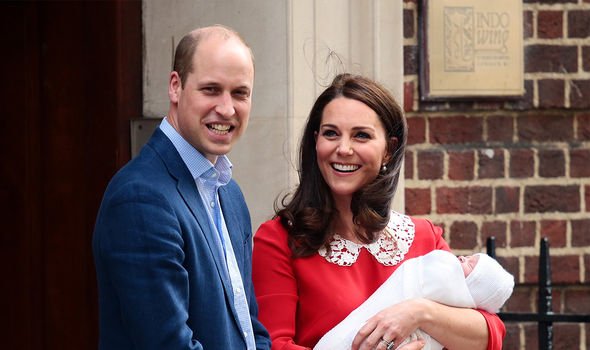 He later said: “Until then, we will be speculating about this royal birth with no facts to hand at the moment. Back to you Ben.”

On another occasion, Mr McCoy got very frustrated while reporting on Prince Harry and Meghan Markle’s visit to Wales.

When asked if he could see the Duchess, he said that he couldn’t.

When his co-presenter said she would be in a dark coat, he replied: “I know what she looks like, Sarah, we can’t see her.”

When he finally spotted Harry he said: “Great, now we’ve got something to talk about again!”

Mr McCoy was at the BBC for a whopping 18 years before defecting to the brand new GB News.

He told the i: “It’s feeling very fought, exciting and nervous. Some of the new technology arrived late because of the pandemic so we’re trying stuff out.”

On the subject of his sarcastic quips he said: “I did sometimes wonder why we were obsessed with these royal births in the way that we did.”

In rehearsal for GB News, at the news of Lilibet’s arrival, he reportedly had a fresh wisecrack for the occasion.

He said: “I might have laid down on the sofa and pretended nothing had happened.

“I may even have said, ‘Are we doing the news today or are we staying with this?’ You would not have been disappointed.”