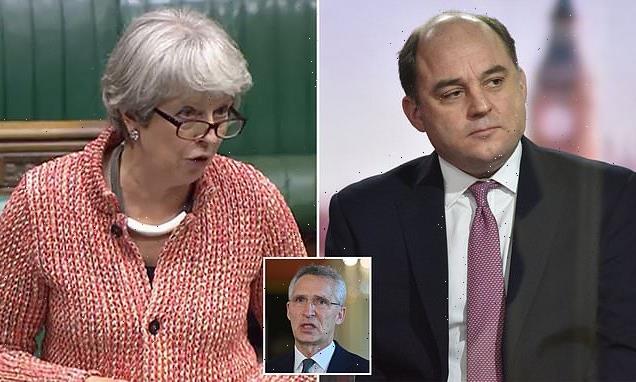 Defence Secretary Ben Wallace has backed Theresa May to be the next head of NATO as he described her as an ‘excellent candidate’.

The current secretary general of the military alliance, Jens Stoltenberg, is due to step down next year.

The race to succeed him is still in its early stages but Mr Wallace has given his support to the former UK prime minister.

The process to choose the NATO chief is famously opaque, with one former official saying it is ‘all done by chat and whispers’.

Speculation over Mr Stoltenberg’s successor comes as the alliance prepares to meet in Brussels tomorrow, with US President Joe Biden due to attend. 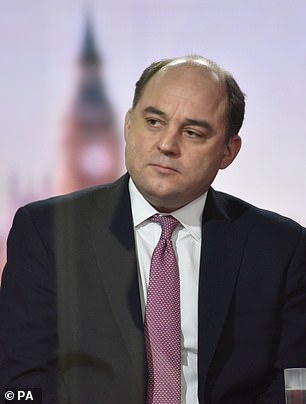 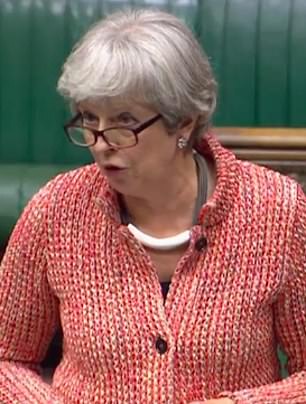 Mr Stoltenberg has been in charge of NATO since 2014 and tomorrow’s summit is expected to feature much discussion behind closed doors and in the margins on who will replace him.

Mrs May has not declared herself to be a candidate for the top job, but Mr Wallace gave her his support after he was asked by Italian media about the prospect of her putting herself forward.

He told the Formiche magazine: ‘Theresa May was a fantastic prime minister in really tough times.

‘I worked with her as the security minister. She would be an excellent candidate.’

Mr Wallace said the UK Government had yet to propose a candidate to possibly replace Mr Stoltenberg, adding: ‘We have a lot of work to do, like in Afghanistan, before we think about this.’

While stressing the process to select a new leader, who must be acceptable to all 30 NATO member nations, was at an early stage, Mr Wallace said the UK would always want to play a ‘vital role’ in the alliance.

He said: ‘The UK is one of the main contributors to NATO, the country in Europe that spends the most. Of course, we always want to play a vital role in the alliance.

‘But there are many other nations and what is important for NATO is to work unanimously.’ 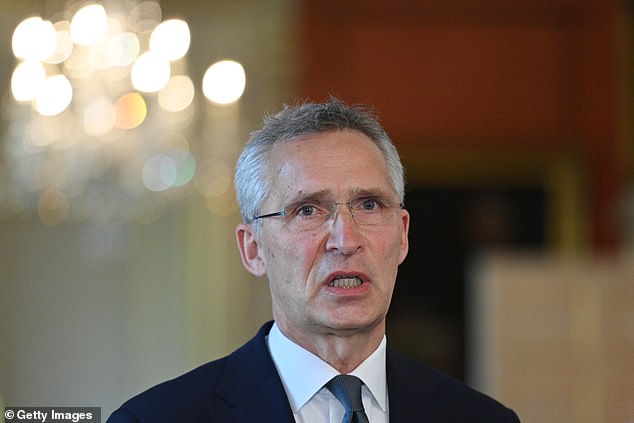 The current secretary general of the military alliance, Jens Stoltenberg, is due to step down next year

The Sunday Telegraph reported that former Tory foreign secretary William Hague, ex-cabinet secretary Mark Sedwill and Mr Wallace himself have all been floated as potential British contenders for the role.

A former senior Nato official told the newspaper the appointment of the next secretary general of the alliance will ‘hinge’ on the US.

They said: ‘There is no papal conclave-type process. There are discussions in the background. It’s all done by chat and whispers and the rest of it.