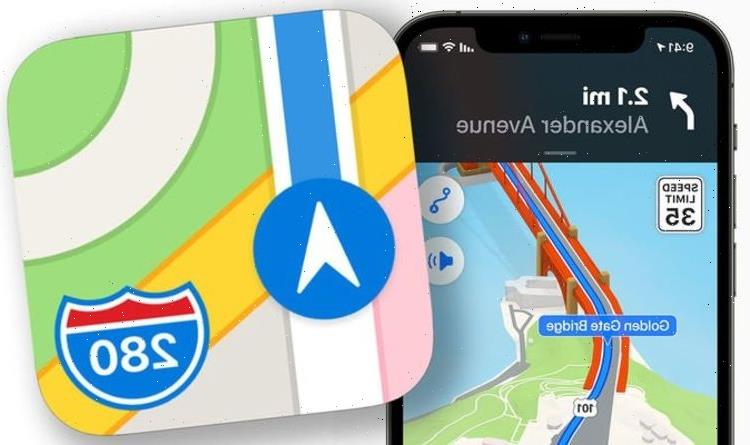 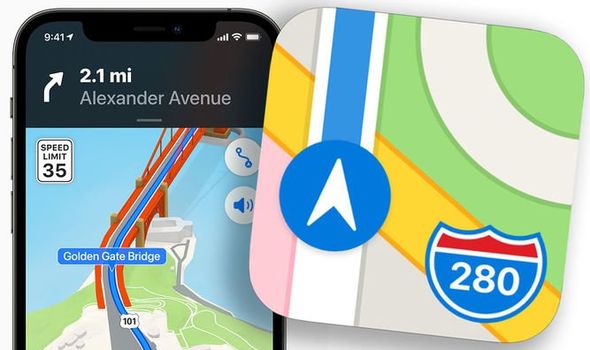 Google Maps is still one of the most popular ways of getting from A to B, but Apple is fiercely fighting back with a blockbuster new release to its Apple Maps app. Apple Maps first launched back in 2012 to a huge backlash that led CEO Tim Cook to publicly apologise for the release, which replaced Google Maps as the default maps option on all iPhones worldwide. At launch, users complained about the significant lack of detail, no public transport directions, and a number of missing locations and errors within the map itself.

Since that initial release, Apple has been working to right all the wrongs of its Maps app and it seems what’s coming next could finally have Google looking over their shoulder.

The huge upgrade has just been revealed as part of Apple’s new iOS 15 operating system and it comes packed with a swathe of new features that could convince some to ditch Google for good.

The whole service has been given a massive lick of paint which not only makes it far more useful but also more fun to use. Head into some of the world’s biggest cities and you’ll now find a highly detailed view with roads that show every traffic light and pedestrian crossing.

Buildings have also been preciously mapped and iconic landmarks now appear in the most intricate detail. For example, if you head to San Francisco you’ll see the Golden Gate Bridge in all of its glory or you can take a tour around the infamous Alcatraz prison.

You can even visit Union Square and see a fully rendered version of the stunning Apple Store complete with iPhones and the big screen where Today at Apple sessions take place. Parks show the exact position of trees and there’s now the option to view the exact elevation of every part of the city.

Another useful featuring coming to Maps is a three-dimensional city-driving experience. This birds-eye view gives a much clearer picture of the road ahead and should help to make sure you never miss a turn or junction on the motorway.

If you prefer hopping on the bus rather than your car then Apple is improving its public transport directions with maps now showing you when your stop is approaching and when to hop off.

This feature even works on Apple Watch meaning you shouldn’t need to reach for your phone. 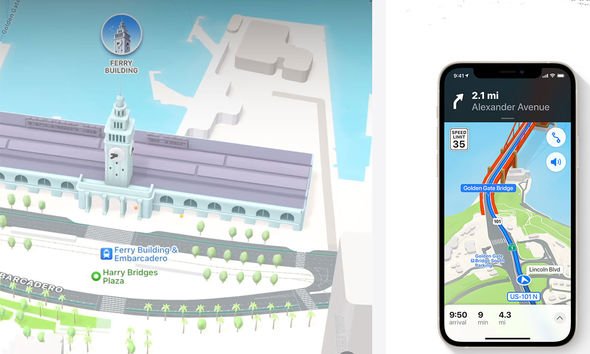 Other features include an improved world map view with the earth now appearing as a globe rather than a flat one-dimensional image.

And, with iOS 15, users can simply hold up iPhone, and Maps generates a highly accurate position to deliver detailed walking directions in augmented reality.

It’s a big update from Apple and, having seen a preview, it certainly looks impressive. iOS 15 will launch on iPhones in the autumn.