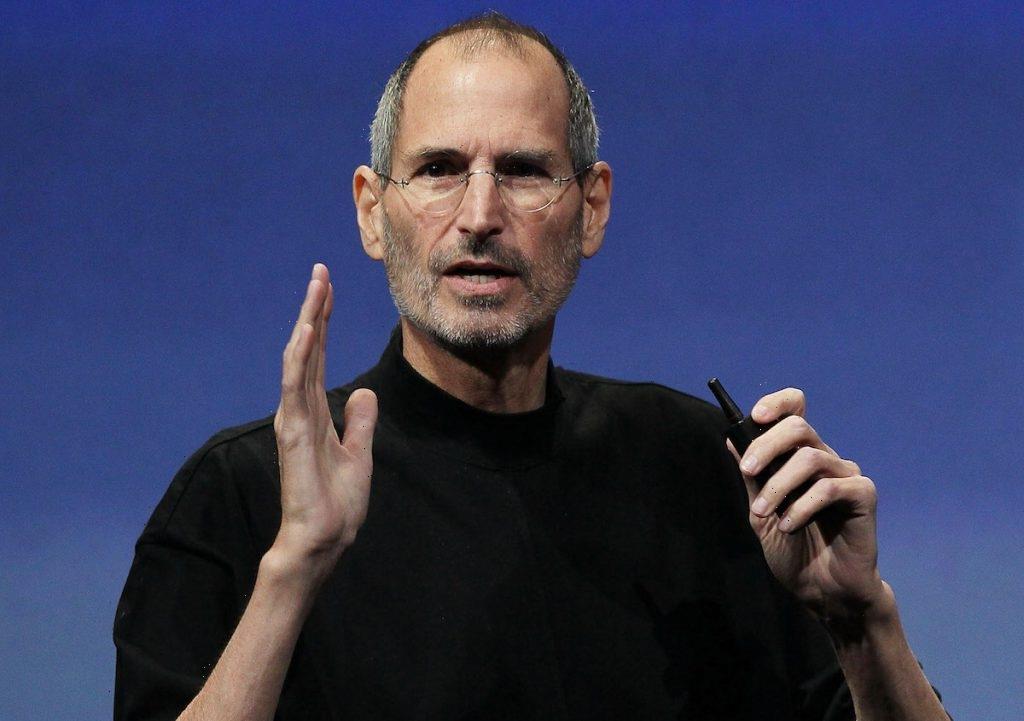 These days, the mention of the word “Apple” might conjure images of sleek iPhones and climbing stock numbers before bringing to mind the fruit, but you have to admit that it’s kind of an odd name for a tech company. Few companies have a clearer figurehead than Steve Jobs, who grew to be something of a mythic legend before his untimely death in 2011 — when he was just 56 years old.

An apple seems pretty disconnected from the intricate and manmade engineering that goes into Jobs’ infamous products, and the disconnect between the name and the business even made for a joke in Forrest Gump (Forrest gets rich investing in Apple, which he assumes is some kind of “fruit company”). How did the tech guru come up with the name for his now globally dominant computer company?

Steve Jobs left behind a storied legacy and thriving business

Jobs rose to become one of the most successful businessmen in the world, and he was worth an estimated $10.2 billion at the time of his death. His path to the top was not always an easy one.

An innovative visionary, Jobs founded Apple back in 1976 when personal computers were practically unheard of and the machines were typically huge contraptions reserved for specialists. Jobs was forced out of Apple in 1985, so he formed a rival company called NeXT. When the two companies later merged, Jobs was once again at Apple — this time as CEO.

Notably, Jobs became one of the youngest individuals to ever grace Forbes’ list of the richest people without having inherited any wealth. He also sent a clear message about legacy building when he refused to pass an inheritance to his own children, instead insisting that they had to work to earn their own way through life.

Steve Jobs had a penchant for bizarre lifestyle choices

In 2011, Jobs succumbed to the pancreatic cancer that had wreaked havoc on the final years of his life. He left behind a legacy of his hard work and the stories of his quirky personality. Between his tendency to wear black turtlenecks to every event and his reputation for trying out crazy diets, Jobs was an endearing figure whose genius and idiosyncrasies combined to create an impressionable image.

As The Fiscal Times reports, Jobs was also honest and open about his life. In fact, he asked biographer Walter Isaacson to write about him (a move Isaacson found presumptuous and premature because of Jobs’ youth) and sat down for more than 40 interviews.

Jobs “asked for no control over what was written nor even the right to read it before it was published. He put nothing off-limits.” From his decision to drop out of college to his “profound experience” with taking LSD, Jobs opened up about what had shaped his life and perspective.

Today, Jobs is known for bringing computers into people’s homes and making them much more individual. Jobs explained to Isaacson that a “whole vision of a personal computer just popped into my head” back in 1975.

The idea for what to call this new vision for computers was also a flash of inspiration. Jobs explained, “I was on one of my fruitarian diets. I had just come back from the apple farm. It sounded fun, spirited, and not intimidating.” If he wanted to get people to accept computers as personal experiences — and eventually something they would carry around in their pockets — he needed to make them seem accessible, and Apple did the trick.

Not one to miss a business opportunity, Jobs also quipped, “Plus, it would get us ahead of Atari in the phone book.”