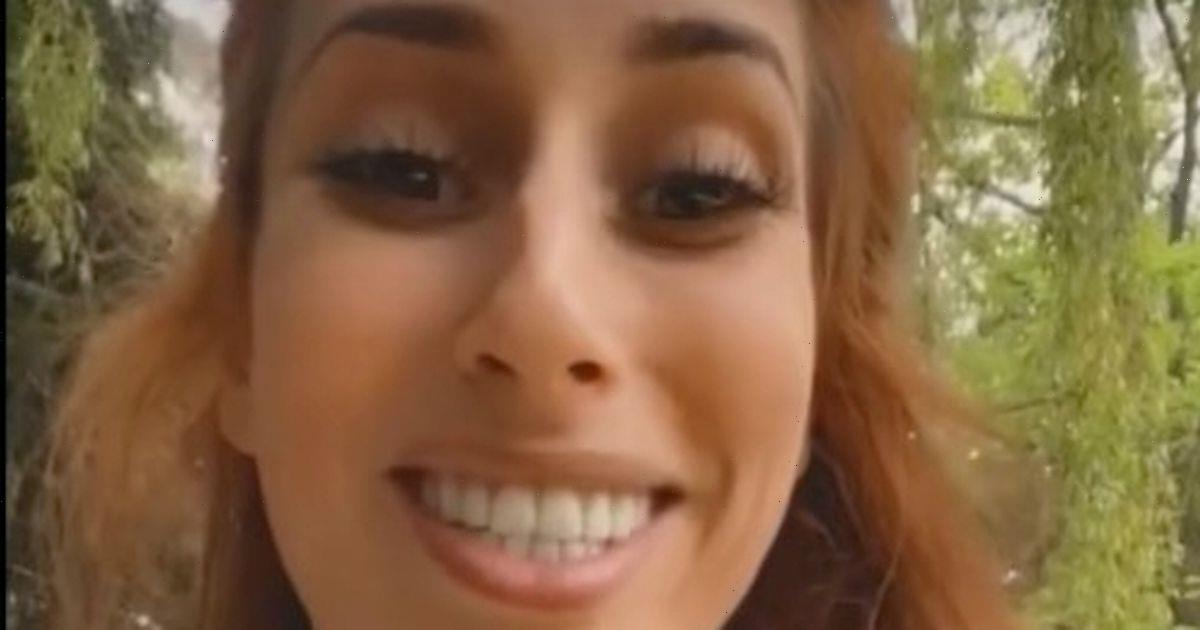 Stacey Solomon and fiance Joe Swash have put their wedding on hold and postponed it to a later date following the news of their pregnancy.

The couple were set to tie the knot on the last weekend of July but announced on Wednesday that they expecting their second baby together.

They say they want their unborn baby to be there for the big day and will get married at 'months later than planned'.

Stacey revealed the change in plans during a Q&A session on her Instagram on Thursday evening when fans quizzed her on her upcoming wedding.

The 32-year-old said: “We are going to move it back a bit, maybe not until next year but we both said we’d be a bit gutted to look back at pictures and all of our babies weren’t there.

“So for the sake of a few months, we will do it when they are all here.”

Joe had previously let slip the date of their big day when he appeared on Loose Women earlier this year, leaving the mum-of-three fuming.

The pair are planning to say their vows in the back garden of their new home in Essex.

The star shared a series of photographs of their journey towards getting pregnant, including a letter that revealed she had suffered a miscarriage, as well as another of a pregnancy test

Alongside the stunning family snap, wrote: "We are growing another pickle. We’ve never felt so grateful… I have no words.

"We didn’t think we would get the chance. We love you all to the moon and back. Lots of love From Me, Joe, Harry, Zach, Leighton, Rex, and our little pickle."

Stacey and Joe have been together since 2015 and share little Rex together, who was born in May 2019.

She is also mum to Zachary, 12, and Leighton, eight, who she shares from previous relationships.

Joe is also dad to son Harry who he had before meeting the former X Factor singer.

If you have been affected by this story, advice and support can be found at the Miscarriage Association. You can call them on 01924 200799 or email info@miscarriageassociation.org.uk