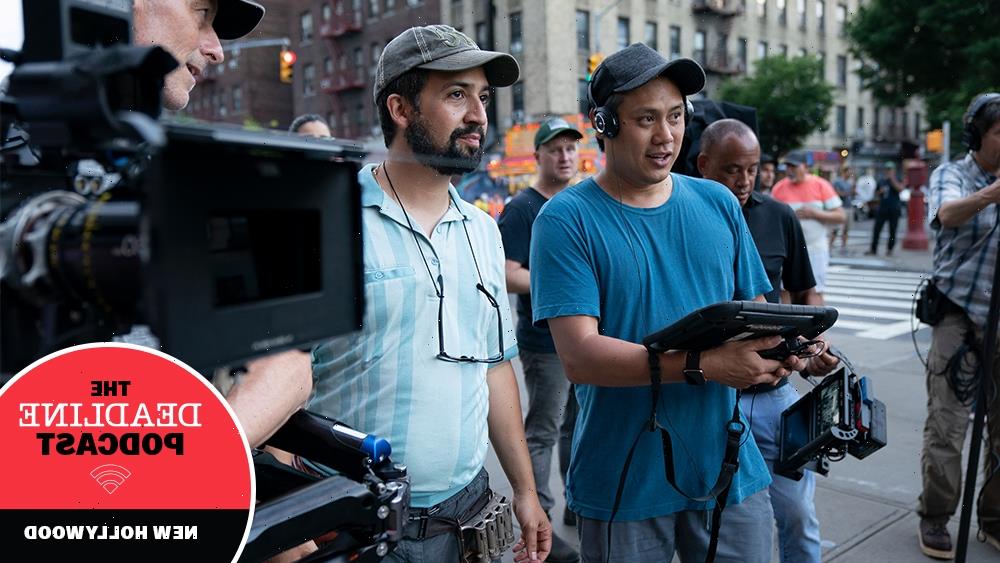 It’s a very In The Heights week for Deadline’s New Hollywood Podcast.

Earlier this week, we had star Anthony Ramos as a guest and in a bonus episode, we welcome In The Heights director Jon M. Chu as well as the music man who created the original Tony-winning musical Lin-Manuel Miranda.

In the Heights, which opens in theaters and on HBO Max today (although, we highly recommend that you watch it on the big screen if you’re comfortable), will most definitely change the game when it comes to Latinx representation in film, a community that is wildly underrepresented in Hollywood. The movie musical is set in the titular Latinx community of New York City’s bustling Washington Heights. When the neighborhood’s charismatic local bodega owner, and the pic’s humble narrator, finally decides to fulfill his dream of going to the island his parents called home, his departure will change his beloved block forever.

With the magic that Chu brought with Crazy Rich Asians and the game-changing talent that Miranda keeps bringing to the table (I mean, I have you seen Hamilton or the trailer for Tick Tick… Boom! ?), In the Heights is destined to kick off the summer movie season with a bang!

We talked to Chu about how he approached and adaptation of the beloved musical and if he would consider naming his new baby Elphaba as he is the director of the upcoming adaptation of another iconic musical, Wicked. Miranda talks about his long journey of bringing In the Heights to the big screen and his love for Sprite commercials featuring some of the most legendary rappers in history.

Listen to the episode below.