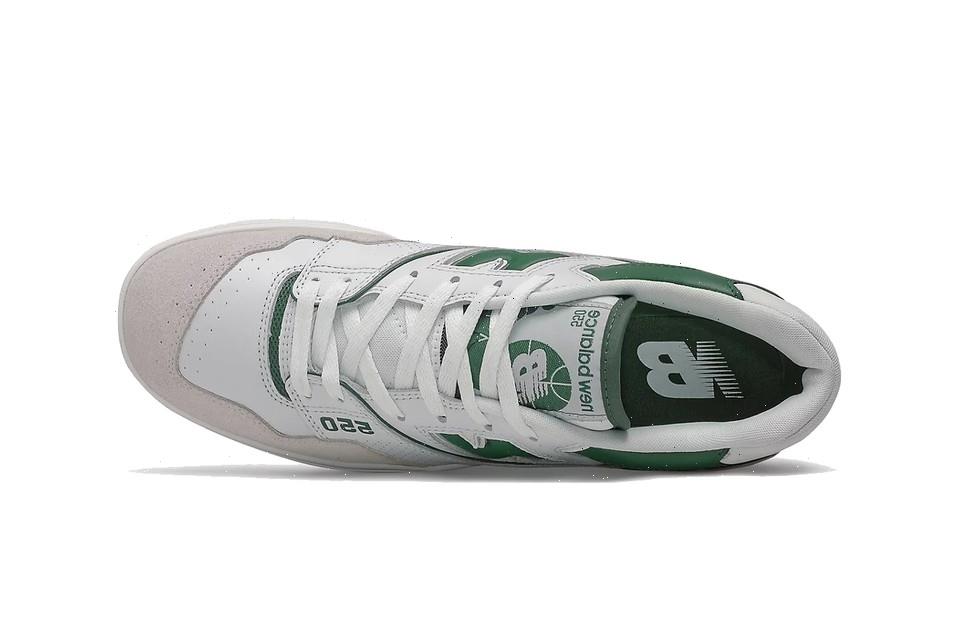 New Balance‘s 550 has taken the jet fuel produced by its Aimé Leon Dore collaborations and gassed up the silhouette’s slate of in-line release models in 2021, the latest of which to appear is a crisp white and green colorway. Popping up shortly after a white and purple iteration — which, accidental or otherwise, seems to give off some Los Angeles Lakers vs. Boston Celtics vibes when put next to the white and green take — this crisp new model provides plenty of retro basketball flair and a fitting color scheme as New Balance is headquartered in Boston.

The shoe’s upper is made mostly of white leather both smooth and perforated, though white mesh is used around collars and tongues alike and the mudguard is done up in tan suede. Celtic green makes its presence felt on the midfoot’s N logo, the tongue badge, the forefoot’s 550 graphic and other areas. Down below, rubber midsoles feature embossed New Balance branding and green outsoles round off the look.

At the time of writing, a release date for the New Balance 550 in white and green has yet to be officially confirmed by the brand. However, it’s expected to arrive on June 24 with an MSRP of $110 USD.