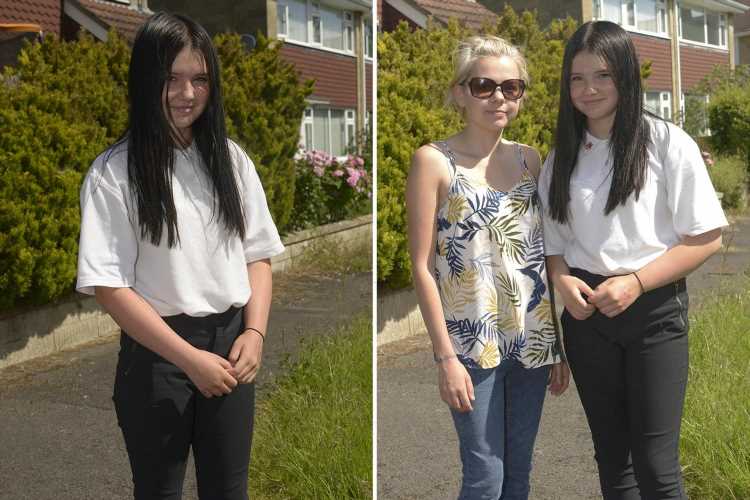 A MUM has lashed out at her daughter’s school after she was put in isolation because she wearing trousers which were “too tight”.

Mums and dads claim the rules are "ridiculous" and "inconsistent" over trousers which teachers say are unacceptable at John Of Gaunt School in Trowbridge, Wiltshire. 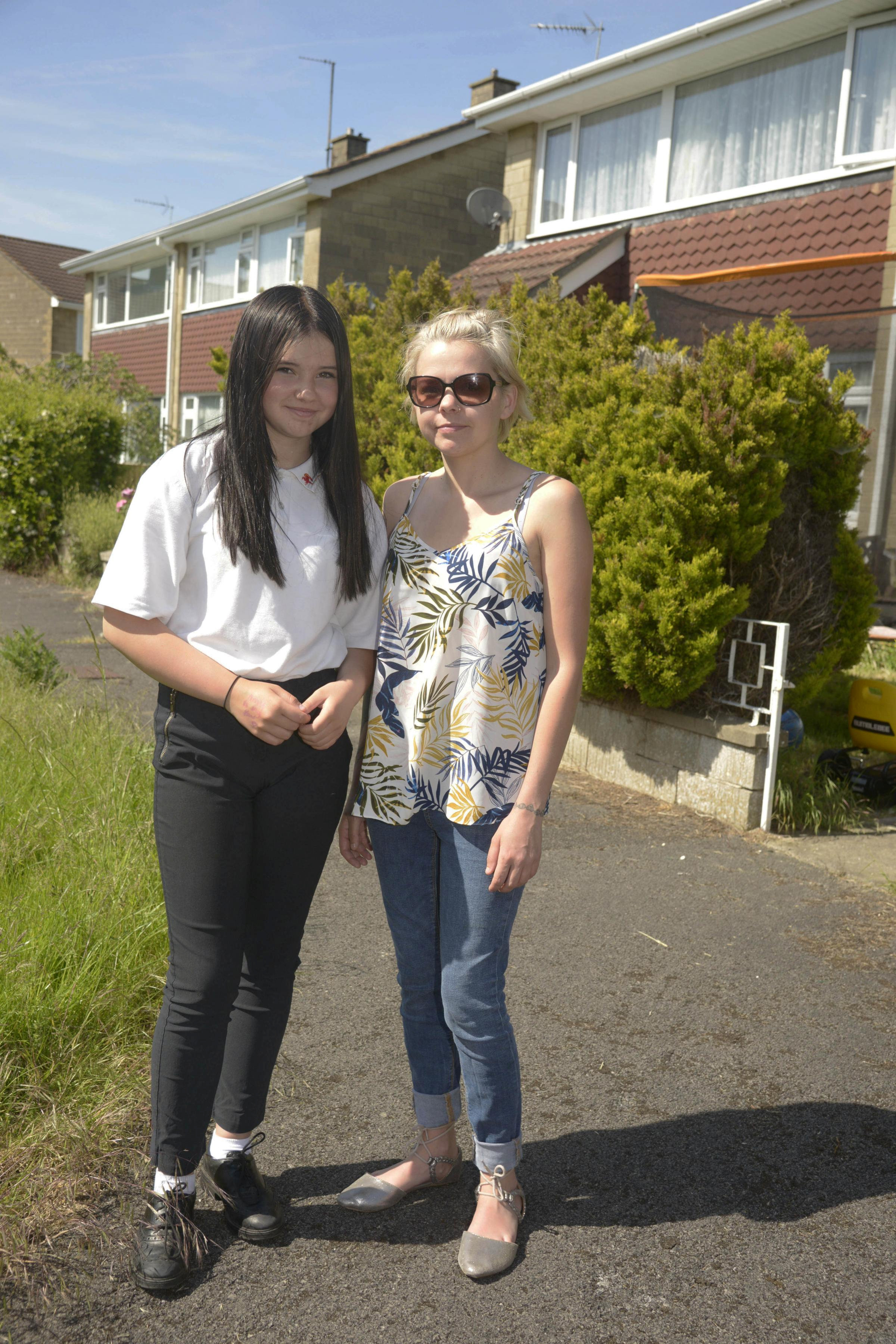 Lou Gover, 42, claims her daughter was told her trousers were too tight and she would be put in isolation until a new pair were bought.

"My 14-year-old daughter was sent to isolation on Monday for wearing trousers that were apparently too tight," she said.

"It's ridiculous. We were told the trousers were fine a month ago but today the same trousers are not acceptable.

"They told me they would have to keep her in isolation until they were replaced. I told them I would keep her off school. 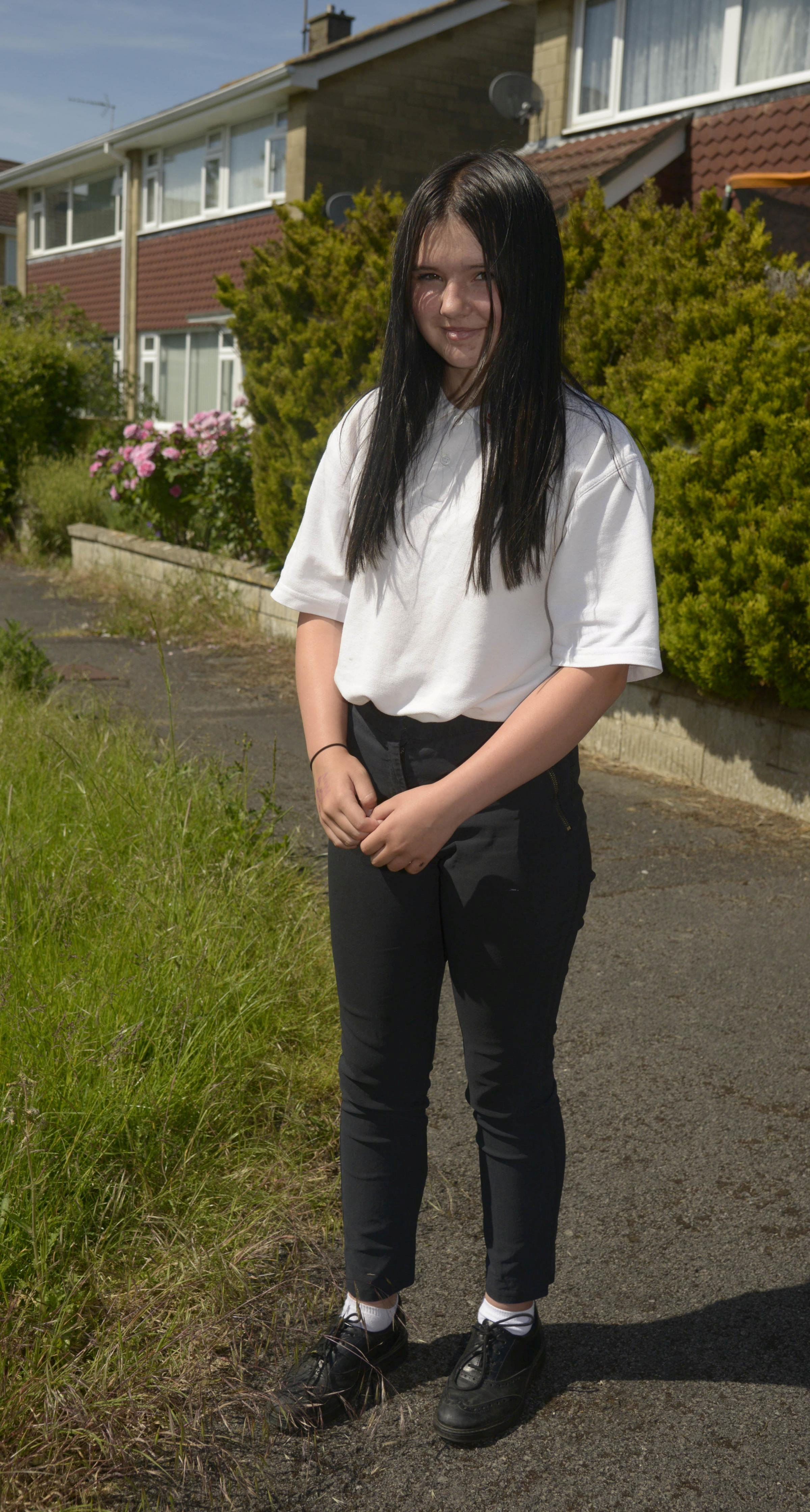 "I have been offered a refund and have spoken to the head about comments made by teachers.

"This has gone on for months and caused a lot of stress where different teachers have different rules. It's all costly and stressful for parents and the children."

The Sun Online has contacted the school for comment on the claims.

Another mother has also companied about the school's strict uniform policy after they said her daughter's trousers were too short – despite being the ones who provided them.

Lucy Daniels, 35, said her daughter Hayley, 13, has been told her trousers were "too short" and showed "too much ankle."

John Of Gaunt School reportedly provided Hayley with trousers over lockdown when shops were closed. 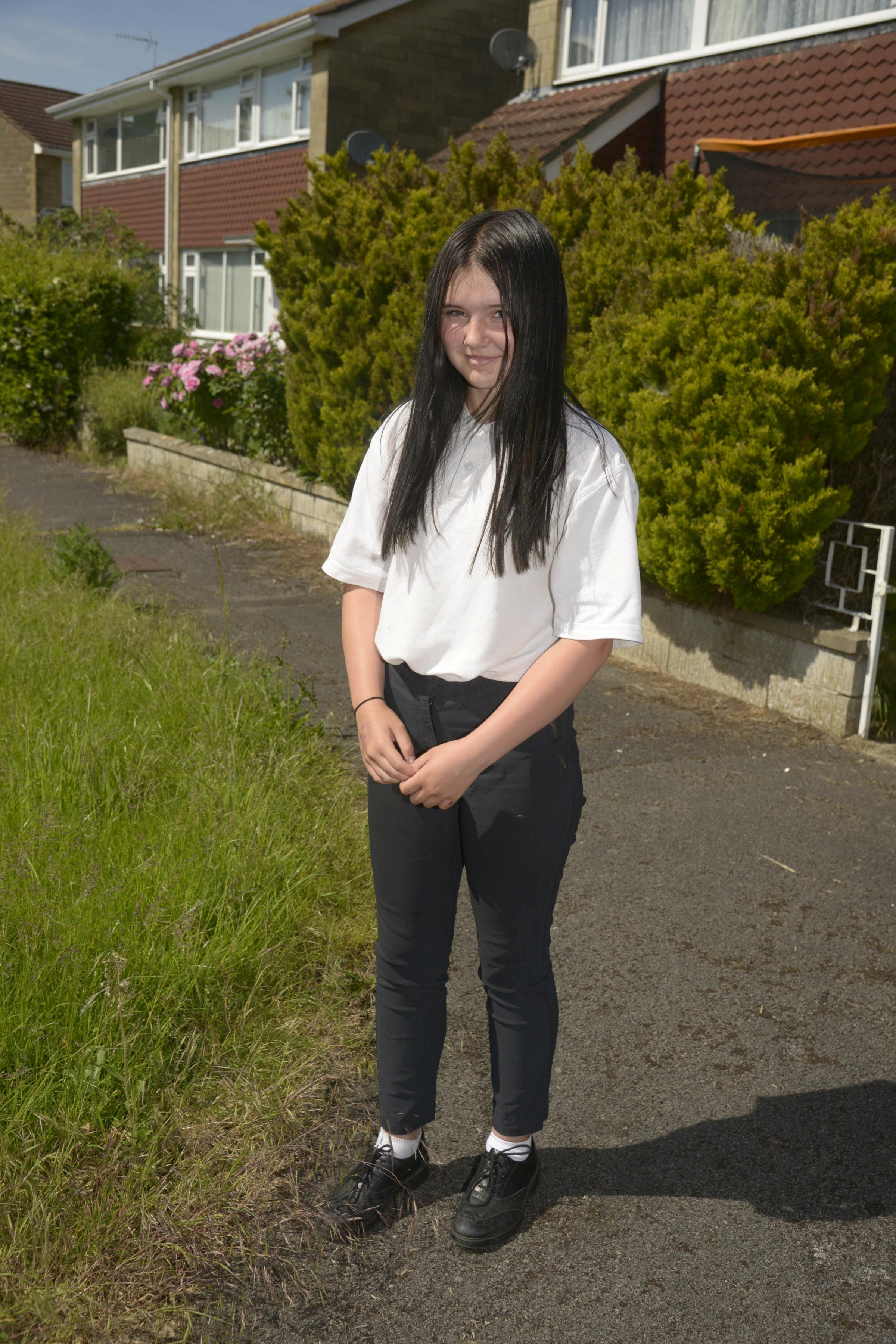 Lucy, from Trowbridge, said: "It's getting beyond a joke now.

"The trousers she's wearing are ones the school provided for her because at the time we were still in lockdown and I could not go out and buy her any.

Lucy claims different teachers are applying the policy inconsistently – one teacher says the trousers are okay while another says they are unacceptable.

Paul Skipp, the school's headteacher said they have developed high standards and expectations and part of that is to be consistent in their approach to upholding the uniform policy.

He said: "Before half term we wrote to parents on four separate occasions reminding them that all students are required to be in full uniform. We are delighted that virtually all students adhered to the policy as they returned from half term.

"Parents of a small minority of children not in school uniform were contacted; they swiftly supported by bringing in the correct uniform whilst their children remained learning. By the end of the first day all students were fully complying with the policy.

"As a school we have recognised the economic difficulties of the pandemic and offered to provide uniform or reimburse any parent who is experiencing financial challenges, as we have done on many occasions.

"We would like to thank our parents for their continued support."