Ryan Serhant loves New York City but it isn’t lost on him that in today’s real estate climate, a deal can be made anytime and anywhere.

In February, the "Sell it Like Serhant" author, TV and production franchise magnate recently sold the most expensive home in the history of Florida for $133 million and has closed $600 million worth of real estate deals in the state in the last six months despite not living there.

The 36-year-old original cast member of Bravo's "Million Dollar Listing: New York" reality series quipped that people "can look up those transactions" themselves if they don’t believe him – but delved deeper into what he believes is the real reason for mass migrations out of places like New York and California.

"People are moving to Florida, not just for taxes. Taxes have always been lower," Serhant said. "They're moving for the local government – the mayor of Miami, the governor of Florida, the state – they're pro-business, they're pro-freedom and they do not believe in punishing people who live there for living there."

BravoTV is currently airing Season 9 of "MDLNY" and Thursday’s episode will focus on the coronavirus pandemic which shuttered the densely populated New York metropolitan area. It will show "the shutdown and how we all survived," Serhant explained.

"As we come out of that, the audience is going to watch me as I watch a million people leave New York City," he pressed. "The city totally shut down and that's the moment I decided I'm going to go out on my own, start my own real estate company in New York – and that's what I did. It's the biggest risk and craziest thing I've ever done. And that'll be followed for the second half of the season."

Serhant and his wife of five years, Emilia Bechrakis, 35 – who share two-year-old daughter Zena – recently wrapped up a three-year renovation on a palatial 8,000-square-foot Brooklyn townhome that was featured on the limited cable TV series, "Million Dollar Listing: Ryan's Renovation."

The reality star said he’ll "never say never" on a potential move out of New York but maintained that the home is a stake in the ground for what’s to come for his family’s future.

"Honestly, it just makes it so much more worth it. Like, I work not just for myself, but I now work for this baby girl who calls me 'Baba' and I'm very excited when I tell her about my day even though she has no idea what I'm talking about and can't talk back," Serhant raved of fatherhood.

"And as I lead the company that I run and as I've led my team in the past, you know, I'm a big believer that you've got to lead by example. You can't expect others to do what you want them to do if you don't show them the way first. And now I'm excited to watch her grow and I hope I do the best job I can as her dad."

The "Big Money Energy" podcast host also pressed that in his estimation, the majority of his recent real estate deals have been based on the needs of clients rather than their wants and called the current state of the business "a really interesting time." 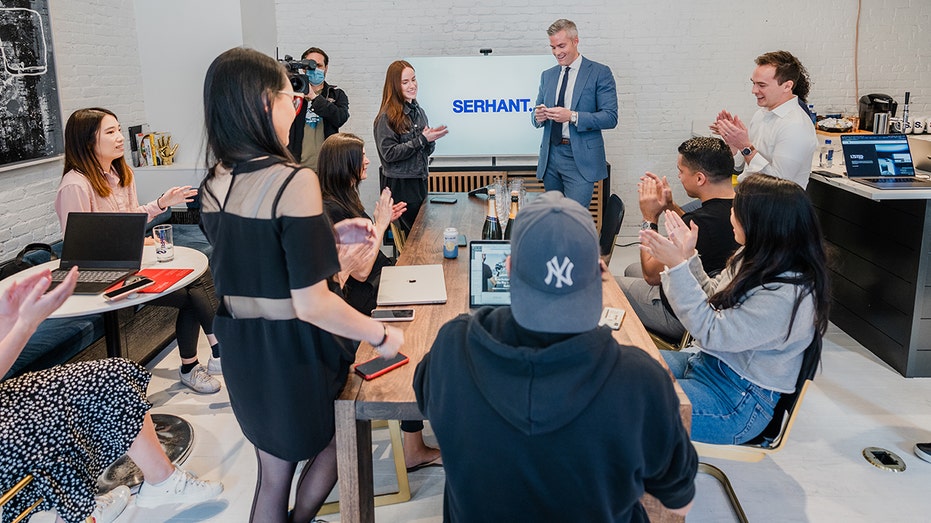 ‘Million Dollar Listing’ star Ryan Serhant branched out on his own to form the SERHANT brokerage and SERHANT Studios production house. (Courtesy of Serhant)

"I think what we're seeing in the real estate market in the United States right now isn't just pent up demand from COVID. It's just pent-up demand from 2008," he said of the speculation pointing to a market bust. "All of the transactions that I've done – I mean, I would say 95% of them from 2008 to 2020 were transactions based on need – 'I'm moving because I have to work so I need a home. I'm having a baby, I need a third bedroom.' It's all been need-based and we haven't done that many 'want' type of transactions."

The broker said for the first time in his career, "People are buying homes and selling homes not just because they need to but also because they want to."

"Real estate is a great investment but it's been tough to tell that story over the last twelve years when the market's been a bit difficult to predict," he said. "But when sellers are excited to sell their home because they've actually made money on it, that's the American Dream. And when buyers are excited to raise a family in a home that they know is also going to pay them when they leave it, that's the American Dream."

The bottom line is Serhant believes wholeheartedly that "interest rates are going to remain low for the next couple of years." 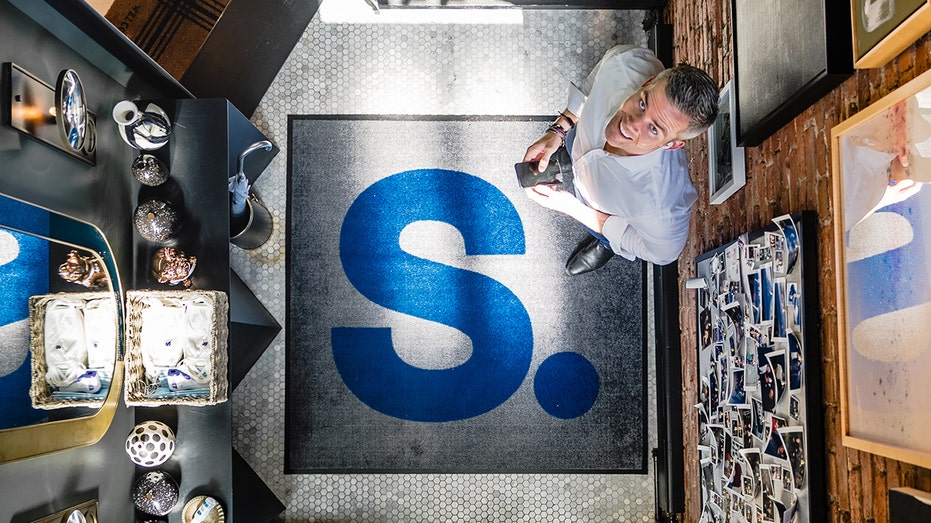 "Money is easy to access and people are excited about their home again for a lot of reasons and it's not just work-from-home – it's happiness at home," Serhant explained. "COVID-19 was a six trillion dollar PR campaign for the value of a home. No one was told to stay in the office or stay in their car they were told to stay at home and quarantine at home and everyone said, 'Oh, wow – this is actually a good place to be. I should be home more. Also, this was way too small.'"

At the end of the day, the real estate honcho is steadfast that "there's no other place like New York City."

"There’s just no other place with this energy – same thing with L.A. and San Francisco and with everybody. More people actually came to New York City than left during COVID-19 at the end of the day, which no one talks about because that's not a fun headline," he said through laughter.

"The fun headline is 'Everybody left, end of the world," he quipped. "But what's interesting for us in the real estate side is we went from being local brokers in all the markets we work in to really being global real estate client advisors. Like I'm working on transactions right now and in Geneva and London, of all places – and I'm not even there. I can do it all totally, virtually now.