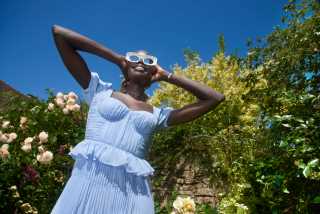 LONDON — London may still be closed to international tourism, with social distancing, mask wearing and other COVID-19 security measures still firmly in place, but restaurateurs, museums, retailers and mixologists from around town are still determined to show locals, and British visitors, a good time.

Since lockdown began easing in April and May, events, shows and new businesses have mushroomed across town and there’s a great momentum building. Londoners can’t travel abroad, so they’re going to live it up this summer, and embrace socially distanced socializing — guzzling cocktails, renting their designer fashion on Carnaby Street and soaking up the sun at the Berkeley Beach Huts.

Here, a few suggestions for locals, and some new places for visitors to check out once those planes from Continental Europe, the U.S. and Asia start touching down at Heathrow, Gatwick and City Airport once again.

The new space has been done in partnership with the sustainability-focused agency Futerra, and will also act as an interactive, educational hub offering statistics about the fashion industry. “We want to use the store as space for collaboration, inspiration and education,” Hyatt said. Rotaro will also work with online art platform Partnership Editions to curate sales exhibitions by emerging artists, with prices starting at 220 pounds. Rotaro will be open at 45 Carnaby Street in Soho on June 14 for two months. 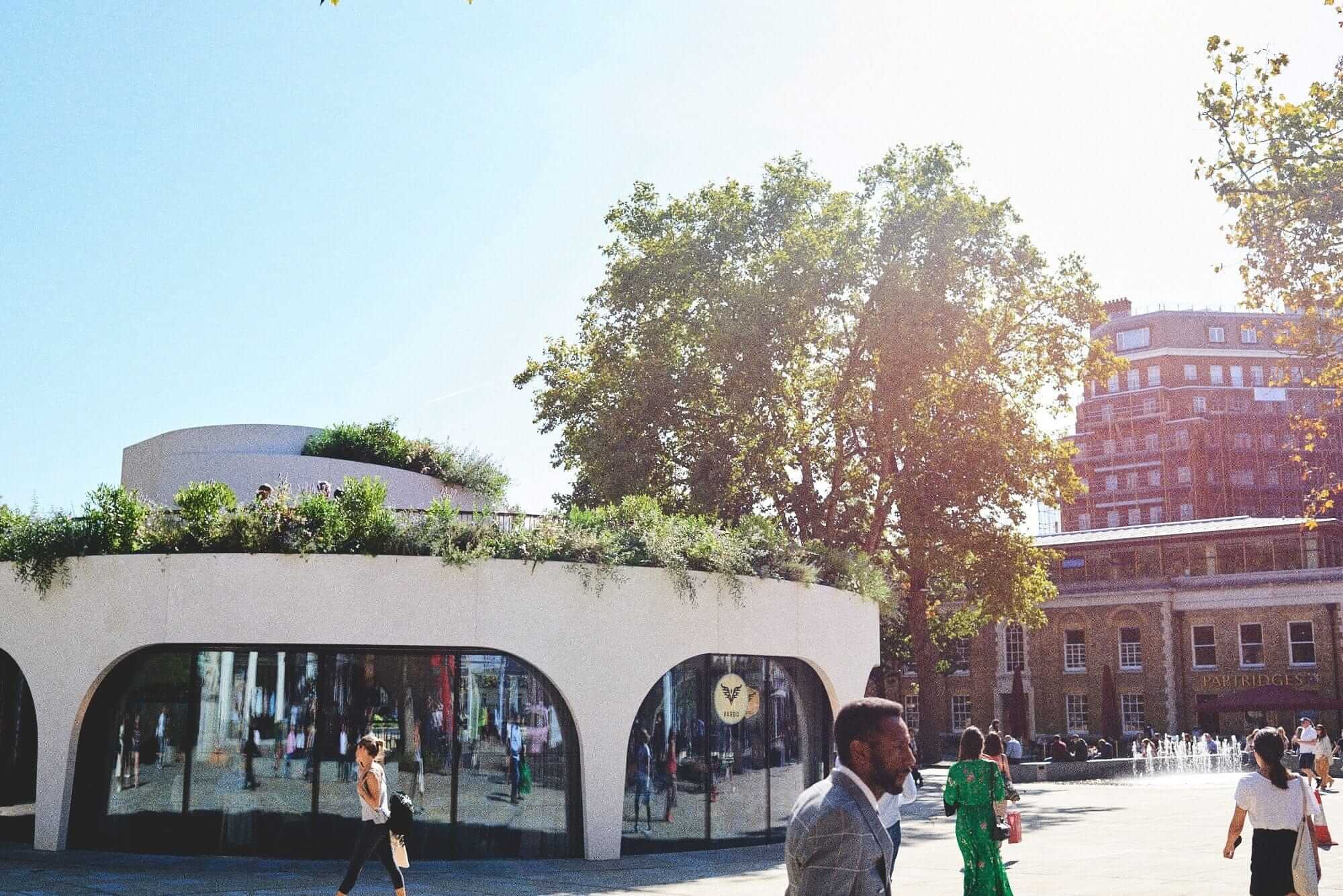 Vardo restaurant on the King’s Road in Chelsea.

THE LIVING IS EASY: Clearpay is working with the British Fashion Council on a three-day pop-up park on the King’s Road during London Fashion Week, with plans to stream runway shows and fashion-themed films and offer food and drink. Some 30 local businesses are set to take part.

A giant screen will be set up in Duke of York Square, while cocktails, mocktails and mint ice cream (matching Clearpay’s branding) will be on offer. Vardo is one of the restaurants taking part and inviting guests to eat in, or order picnic food.

In addition, two fashion illustrators will be ambling up and down the King’s Road capturing the atmosphere and the stylish look of shoppers, and handing out their works free of charge. The Clearpay Quarter runs from Friday, June 11 to Monday June 14 from 10:30 a.m. to 9:30 p.m. 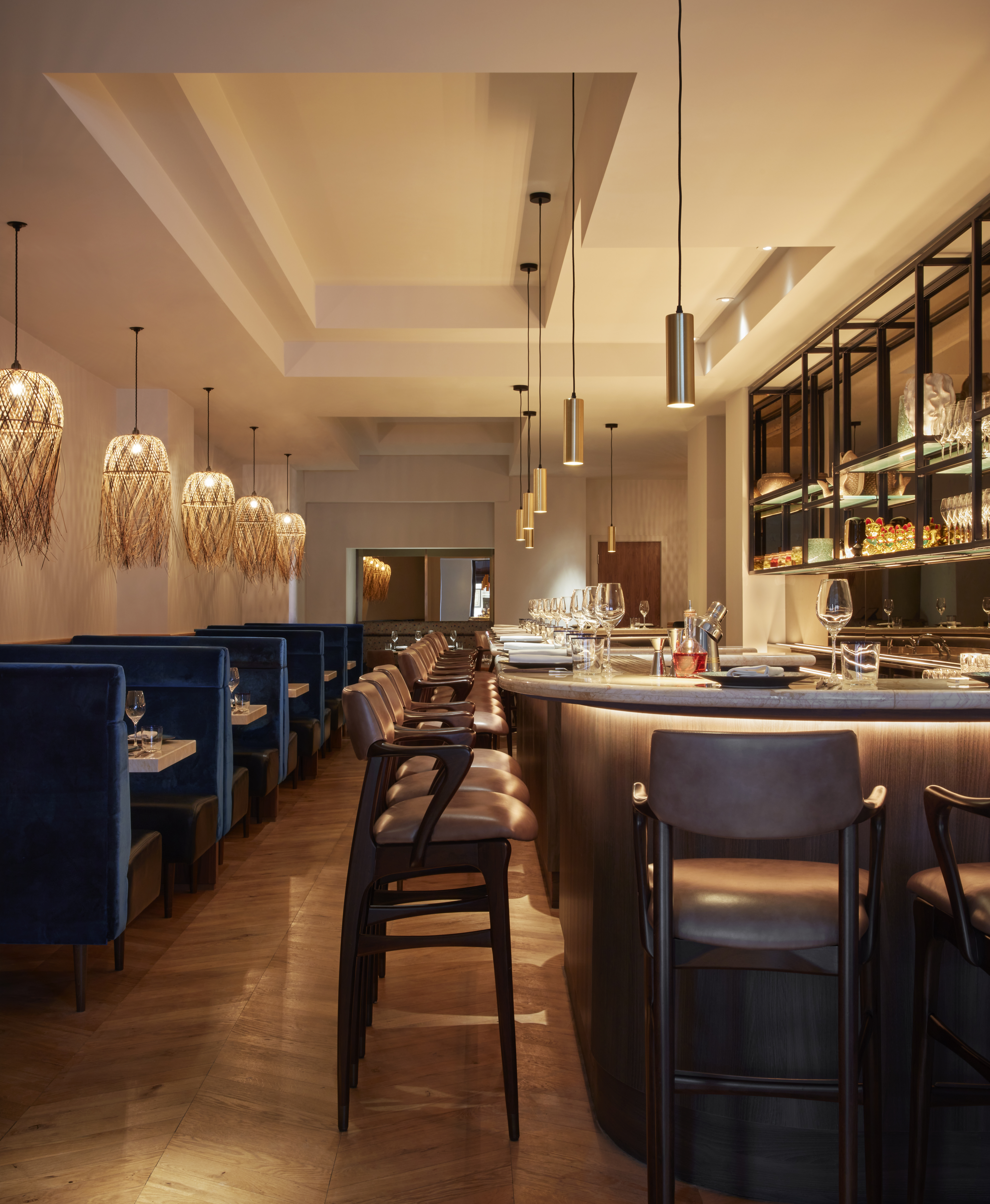 Lignac is also a master pastry chef, and has been whipping up gianduia chocolate soufflé and pecan praline mille-feuille for dessert.

Lignac said he has “always adored London, its culture, its energy and lifestyle. I naturally wanted to open a restaurant in London to spend more time there, but also — most importantly — to integrate myself in the community, discover a new way of working, a different sensitivity and a new type of creativity.” The restaurant is part of a luxury hub on Albemarle Street curated by property investor Trophaeum.

The new restaurant is located at 16 Albemarle Street and its neighbors include Self-Portrait, Thom Browne, Aquazzura and Robin Birley’s private eating club and wine cellar, Oswald’s. 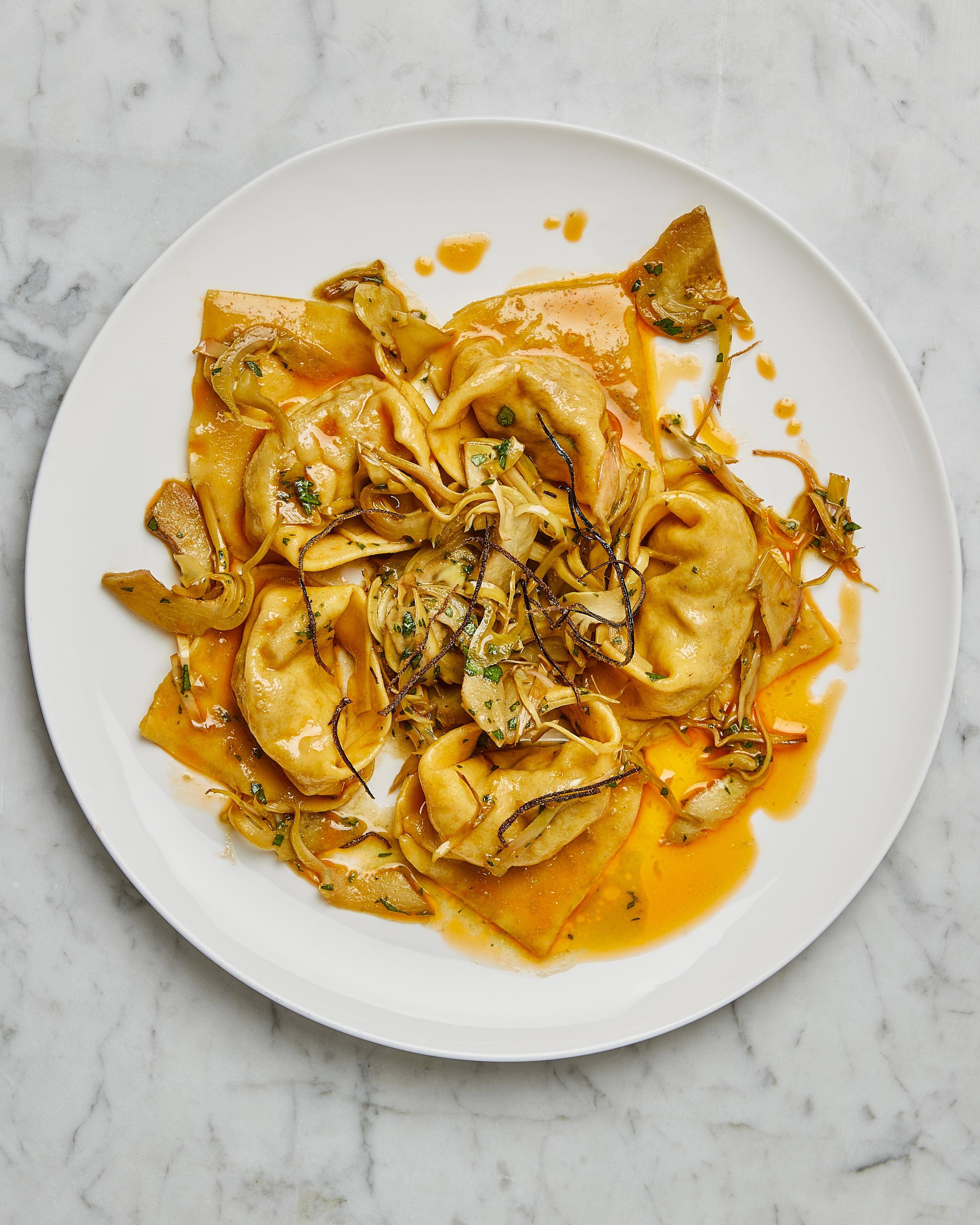 PASTA BY POST: Pasta Evangelists, a company that started as a mail order service for fresh pasta in London, has opened a restaurant at Harrods. The Italian menu is exclusive to the store and curated by Pasta Evangelists’ head of food, Michele Rodelli. The focus is on regional pasta dishes from the north, south and center of Italy, with specials including a lasagne cupcake with a velouté; British asparagus and parmesan cream, and lobster tortelloni with a lobster and vine tomato butter and sautéed artichokes. 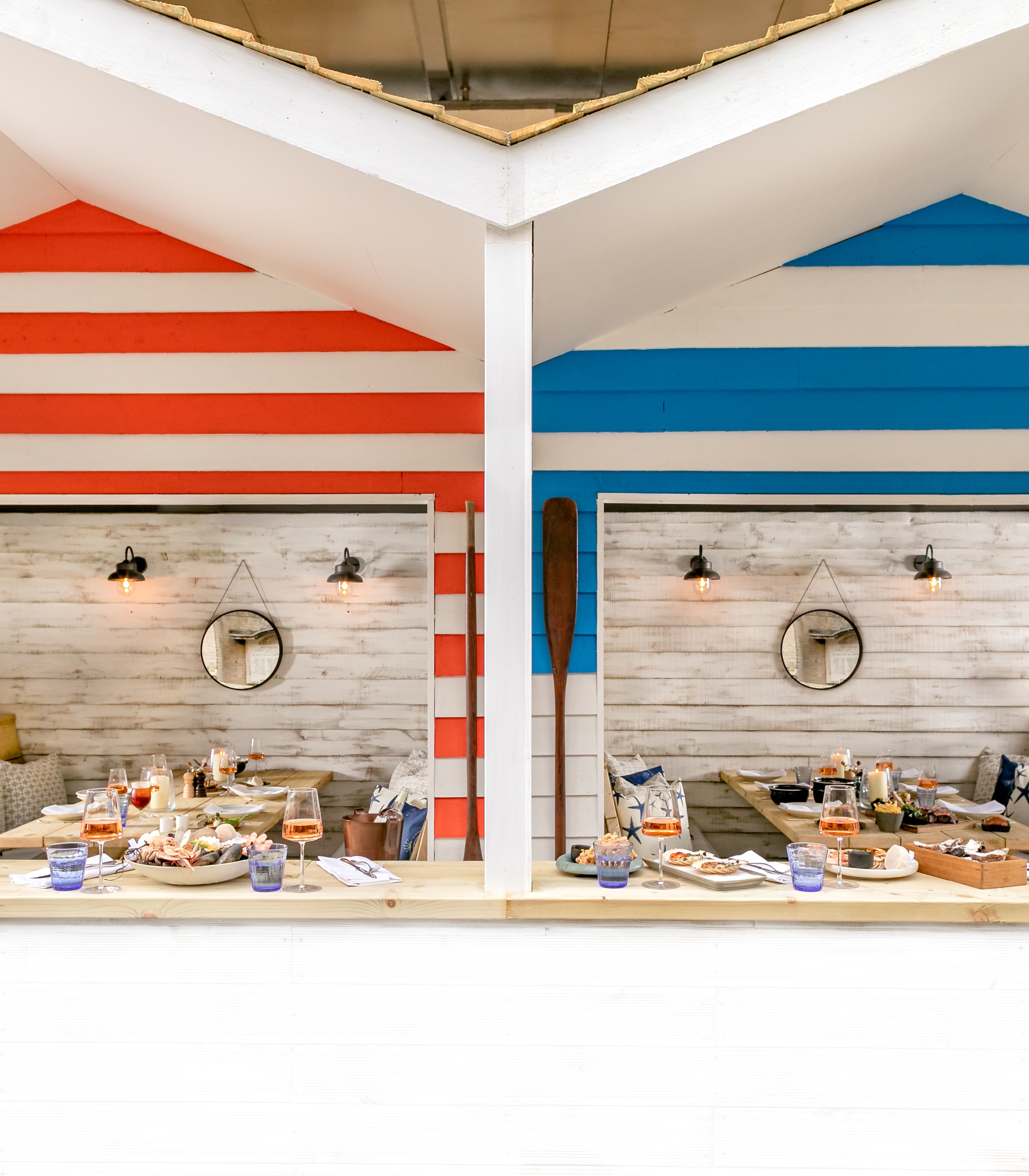 BELGRAVIA-BY-THE-SEA: The Berkeley Hotel isn’t letting the last stages of lockdown — and a continued lock on international travel — get in the way of a hot, beachy summer. The Belgravia hotel has created a pop-up called The Berkeley Beach Huts, inspired by top seaside culinary hotspots in the U.K. including Whitstable, Southwold and Padstow.

Five rainbow-colored huts have been set up on the hotel’s terrace offering dishes including crab on sourdough, baked scallops and grilled langoustine. There are also seafood platters filled with dressed crab, lobster, king prawns, mussels and clams and freshly shucked oysters. The hotel is also putting a posh spin on fish and chips, too, serving grilled sea trout, sea bass and lobster accompanied by fries.

The wines are all British with cocktails and mocktails with names including The Diver, Mermaid Shell, Sailor Sour and Pink Pearl. The Beach Huts are open all summer at The Berkeley hotel on Wilton Place. 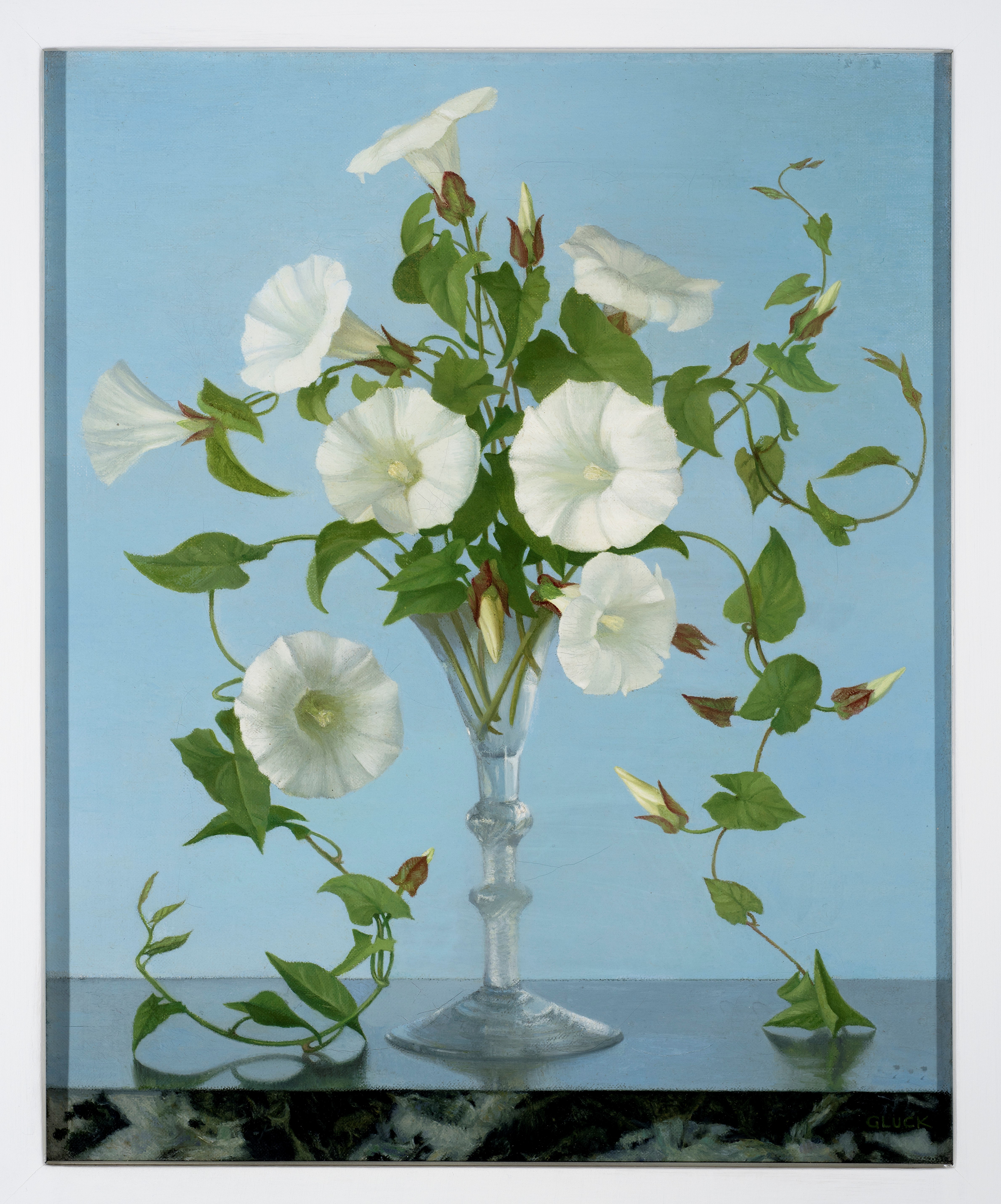 CONSTANCE GARDENER: London’s Garden Museum is paying tribute to the 20th century celebrity floral decorator Constance Spry, who organized the flowers for Queen Elizabeth’s coronation in 1953, for the wedding of the Duke and Duchess of Windsor and for myriad fashion shows and social events in the first half of the 20th century.

The Garden Museum, located on Lambeth Palace Road, across the river from Westminster Abbey, has gained exclusive access to Spry’s personal archives, and is showcasing 100 never-before-seen photographs, documents and personal items, including works by the British painter Gluck, who was inspired by Spry’s wild and colorful arrangements.

Known for her unconventional, high-low approach to floristry, Spry had no problem mixing kale leaves, pussy willow and hedgerows with more elegant and expensive blooms. Throughout her career, Spry also opened a floristry school, a domestic science school and published thirteen books.

Despite her fame as a floral artist, Spry always considered herself to be a gardener — the rest was secondary. “It was an unanticipated combination of circumstances that led me to do professionally something I did once only as a relaxation, and much as I love doing it, I don’t like the groove to be too deep,” she wrote in 1940.

The guest curator of the show is the floral designer Shane Connolly, who created the Duchess of Cornwall’s bouquet and wedding flowers when she married Prince Charles in 2005. Connolly was also was appointed artistic director for the wedding of the Duke and Duchess of Cambridge and is an official supplier to Queen Elizabeth.