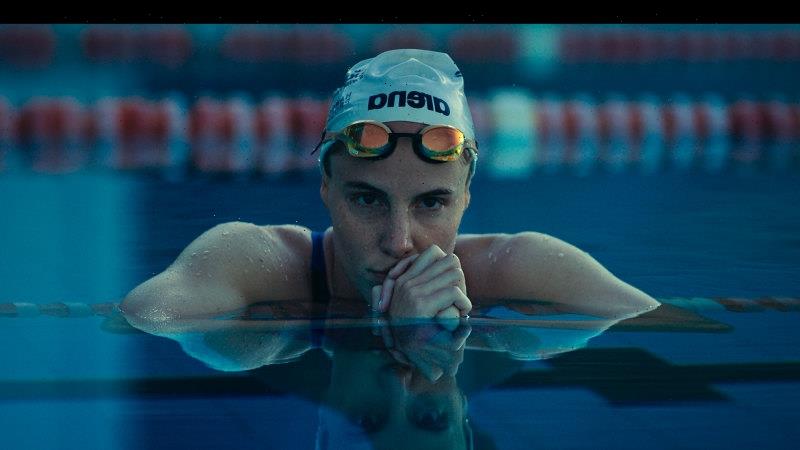 It’s too easy to miss brilliant streaming shows, movies and documentaries. Here are the ones to hit play on or skip this week.

It’s handy that this new documentary series doesn’t have a single overarching viewpoint — viewers can take away from it whatever they want. Those looking for a typically adoring series of sporting profiles will certainly find that. Others will find it a surreal journey full of real head-scratching moments. 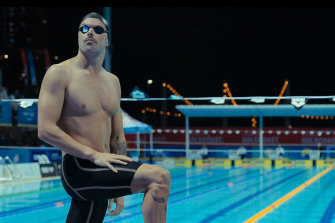 Kyle Chambers is one of four swimmers preparing for the Tokyo Olympics profiled in documentary series Head Above Water.Credit:Amazon Prime

The concept is a good one: following four swimmers at very different stages of their lives and careers as they prepare for the Tokyo Olympics. Ian Thorpe is the retired champion still finding his way in post-competition life, mentoring young swimmers and working to support LGBT causes. Bronte Campbell, who just turned 27, is the veteran hoping her body will hold out through what will probably be her last Olympics. Kyle Chalmers is the ambitious young gold medallist coming into his prime, while junior champ turned pop star Cody Simpson is the outsider trying to break into the Australian team from half a world away in Florida.

Director Gil Marsden, who also brought us Amazon’s AFL documentary series, Making Their Mark, eschews narration, letting observation and interviews with the swimmers and their coaches tell the story. Simpson emerges as perhaps the most grounded and rounded of the lot – the sound of others soliciting sympathy for their “sacrifices” from their positions of privilege quickly wears thin. Ironies abound – Chalmers talks about it being difficult to deal with physical and mental confines of his training program while amusing himself with captive reptiles that spend their days in plastic containers on shelving units in his house.

Elsewhere, details are maddeningly elusive. Thorpe’s explanation to younger swimmers of how a certain gold might be up for grabs this time is edited into incoherence (a tactical decision, perhaps). We don’t get a real understanding of a breakthrough with Chalmers’ shoulder. When Campbell undergoes acupuncture or a similar treatment that involves 20 needles in her back, there’s no talk of what scientific basis there might be for that, nor for “cupping” or any other alternative therapies that might have made their way into the Australian Olympic set-up. 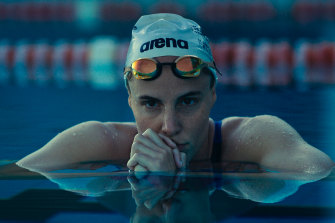 The series does succeed in showing that swimming is more of a team sport than you might expect, but as ever there’s no “thank you” to the most vital member of the team – the Great Australian Taxpayer. In any event, it all ties in neatly with Amazon’s streaming coverage of the 2021 Australian swimming trials, which begin on Saturday, June 12, on the Gold Coast.

In 1999 London was rocked by a series of bombings at locations synonymous with the city’s black, south Asian and gay communities.

This unusual and compelling documentary focuses less on the police investigation and the bomber himself than it does on the people affected and the unusual characters who helped put him behind bars for life – including a long-term undercover agent in a private operation monitoring the far Right, and a repentant thug who catfished the bomber on remand to scuttle his diminished-responsibility defence. 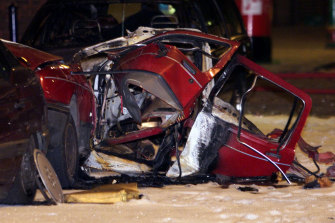 A mangled car lies at the scene of the nail-bomb which exploded in Brick Lane, east London, in 1999.Credit:AP

In the dead-end town of Carp, Texas, everyone in the high-school graduating class wants out. For many, the only hope of escape is the cash prize offered by Panic, a sadistic underground Survivor-style game in which kids have previously been killed.

The sweet and sensible Olivia (Heather Nill) has been saving for college, but when her lowlife mum steals her savings she sees only one way out. The series has a good idea and an engaging young cast, but it’s hard to see it sustaining 10 episodes.

Much of the modest but surprising charm of this Chuck Lorre comedy-drama came from Alan Arkin as Norman Newlander, long-time agent, friend and drinking buddy of crotchety old actor Sandy Kominsky (Michael Douglas). But can it succeed in a third season without Arkin? Sure! 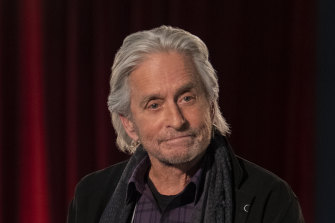 It’s not just people who’ve had disastrous plastic surgery going back under the knife in this enduringly popular reality series — there are also folks who’ve developed weird growths or survived things such as shark attacks. There are a lot of enormously augmented breasts, though. Surgeons Terry Dubrow and Paul Nassif are comforting presences who explain things well. Viewers who can handle the surgery can continue on to tougher challenges in the similarly gross and deeply emotional Dr Pimple Popper and My Feet Are Killing Me (Binge).

Find out the next TV shows, streaming series and movies to add to your must-sees. Sign up to get it every Thursday