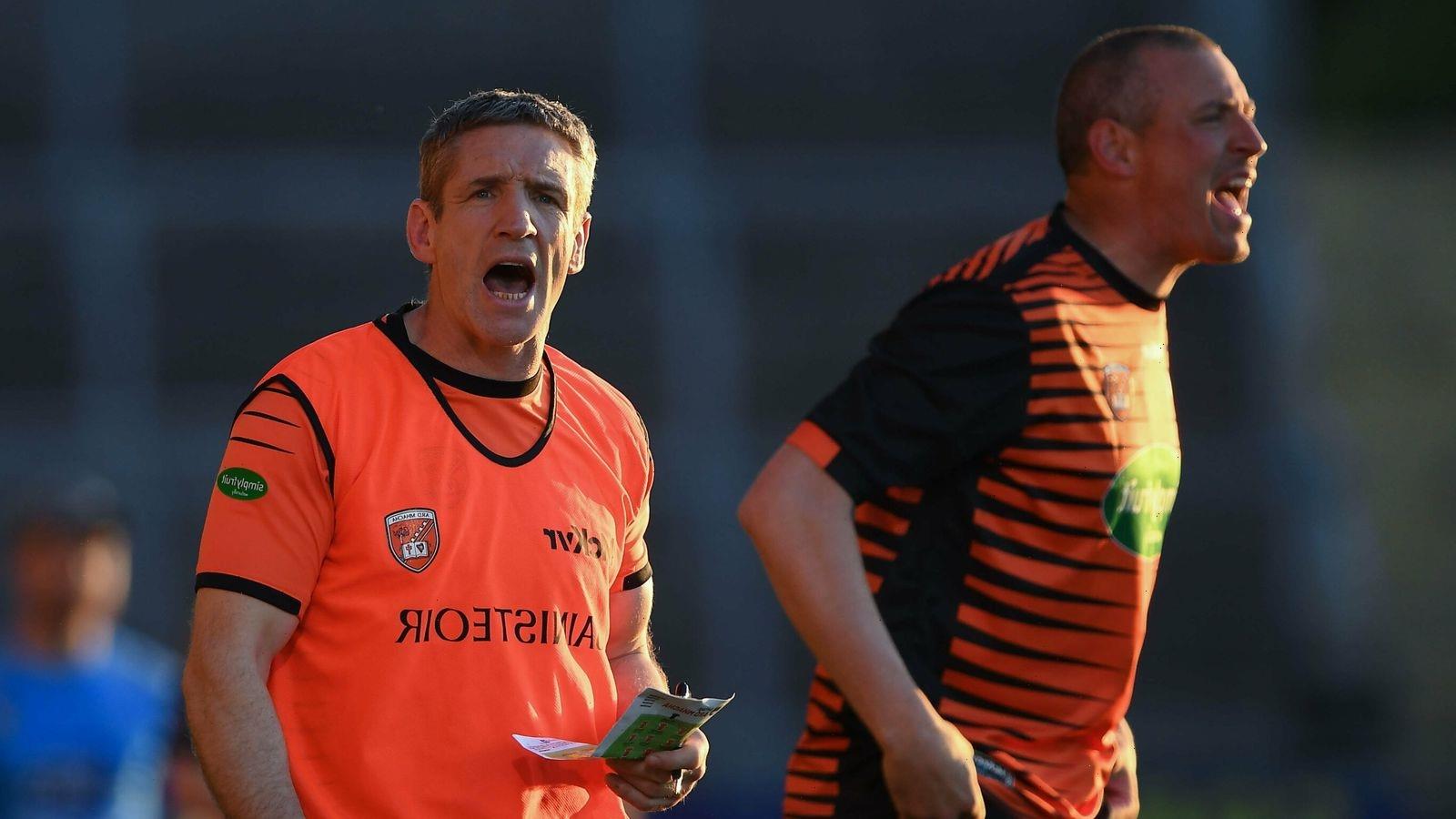 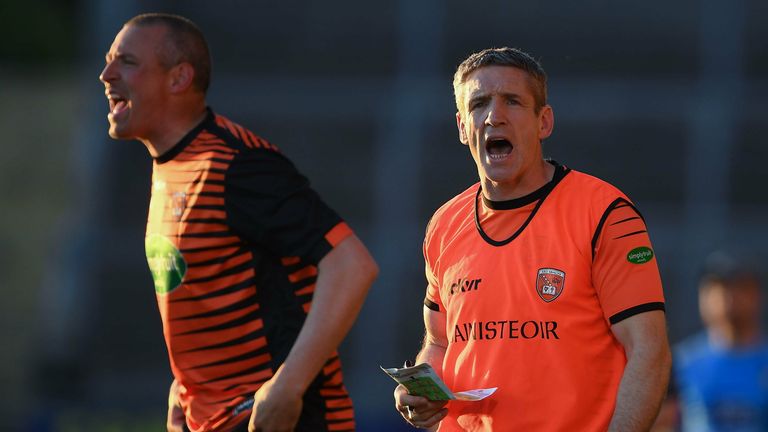 Kieran Donaghy’s first move into senior intercounty football coaching with Armagh has been the subject of significant focus in recent weeks.

The addition of the Kerry native to Kieran McGeeney’s coaching ticket has been an eye-catching aspect of the Orchard County this year, as they made their return to Division 1.

And Donaghy is enjoying working alongside the 2002 All-Ireland winner.

“He’s very thoughtful about what he does. The prep that goes in away from the group is at a very high level.

“I ask him for feedback all the time and he’s very honest and that’s what I want as a guy who’s trying to learn from him and learn the ropes of what a coach and selector can bring to a group. He’s been brilliant to deal with.

“I talked to Johnny Doyle in Kildare before I took the job because I knew Kieran from playing with him and I knew the backroom team. Johnny told me how highly they spoke of and thought of him in Kildare in the six years he was there and how upset they were when he was leaving kind of proves what he is to the group.

“This is his sixth year here now in Armagh so I think if a manager has that type of longevity, then his players know that he’ll do anything for them. He’s been really, really good to work with so far.” If a manager has that type of longevity then his players know that he’ll do anything for them.

Donaghy is enjoying working alongside McGeeney

Oisin McConville spoke last month about how Donaghy could aid Rian and Oisin O’Neill in particular, and the 2006 Footballer of the Year feels his basketball background can benefit the Armagh forward unit.

“I think for any team to be successful, decision making when it comes to shot selection is important. I would have been like that coming from a basketball perspective as a player, when I came into the Kerry dressing room I would have never cared about scoring,” he outlined.

“So trying to make an assist a big deal during my Kerry time was something I’d have done naturally. I think people started seeing the value in that. And then someone like Colm Cooper, unfortunately I couldn’t go and score 1-10 in every game but he could, but he often chose not to. He often chose to give it to the guy in the best position. 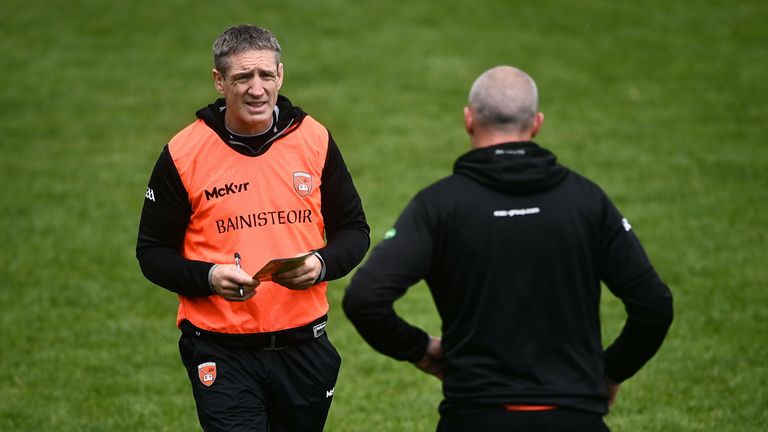 “If you can get that level of understanding, bring it from a very basic explaining level to a top elite sports team where everybody is feeling better about each other and everybody is chipping in with a score, everybody is looking for the guy now that can get the assists as well. And that unselfishness which is a big part of my philosophy as a coach that the best player in the best position gets the ball every time.

“I don’t care who scores so you’re not going to impress me by scoring, you’re going to impress me by making the right decisions and in fairness to the guys we’ve got some fantastic footballers who are well able to put it over the bar. They’re doing a great job on that side of the ball and making each other look good at times and giving it to the guy in the best position and not forcing things.

“Our wide count is quite good so it’s obviously something every team out there is trying to improve on and it’s all stemming from what Dublin do. They get the ball up the pitch, nobody shells, they work it to the right position and they’re the best team. So you’ve got to take traits they’re bringing and try work on that as well. That’s one of the things I’m trying to work on with the guys and they’ve been very good so far.”