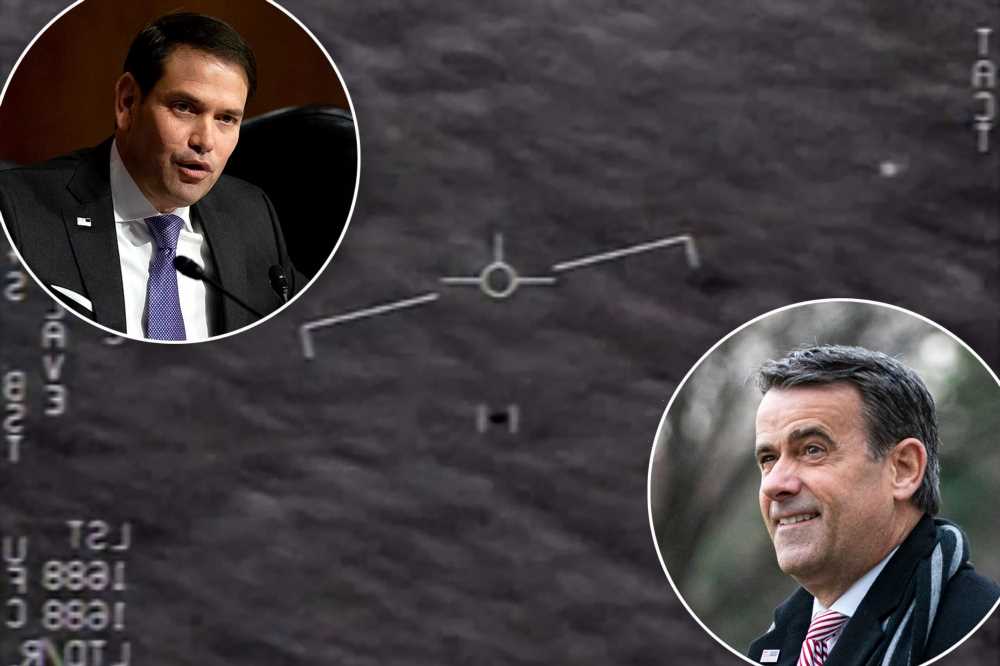 Astrophysicist explains why UFO videos fail to impress him

Biden jokes about Obama comment that UFOs are out there: ‘I would ask him again’

The long-awaited Pentagon report on UFOs could be released as soon as Tuesday — as more videos showing unidentified objects that appear to defy the laws of gravity recorded by the US military have recently surfaced.

Funds for the report were contained in the $2.3 trillion coronavirus relief plan signed by President Donald Trump in December.

It started the clock ticking on a 180-day countdown for the US intelligence agencies under the direction of the Director of National Intelligence to inform Congress what it knows about the existence of what it describes as “unidentified aerial phenomena.”

The report is expected to include detailed analyses of data and intelligence about UFOs collected by the Office of Naval Intelligence, the Unidentified Aerial Phenomena Task Force and the FBI.

Sen. Marco Rubio (R-Fla.) also asked for an unclassified copy of the report when he was the acting chair of the Senate Intelligence Committee last December.

In an interview with CBS News’ “60 Minutes” last month, Rubio said the US should take the reports of UFOs “seriously.”

On the same broadcast, former Navy Lt. Ryan Graves said he and other members of his squadron encountered UFOs flying over restricted airspace southeast of Virginia Beach every day beginning in 2014.​

He said they are security threats.​

“I am worried, frankly. … ​I​f these were tactical jets from another country that were hanging out up there, it would be a massive issue,” Graves said.

“But because it looks slightly different, we’re not willing to actually look at the problem in the face. We’re happy to just ignore the fact that these are out there, watching us every day.”

John Ratcliffe, the director of national intelligence in the Trump administration, gave a preview of the government’s report in an interview in March.

“There are a lot more sightings than have been made public,” he told Fox News. “Some of those have been declassified.”

“And when we talk about sightings, we are talking about objects that have been seen by Navy or Air Force pilots, or have been picked up by satellite imagery that frankly engage in actions that are difficult to explain.”

“Movements that are hard to replicate that we don’t have the technology for. Or traveling at speeds that exceed the sound barrier without a sonic boom​,” he said.

Lue Elizondo, a former Pentagon official who ran the program to investigate the aerial phenomena, has told The Post he has seen videos of UFOs.

“It was a holy-s–t moment: ‘Oh, my gosh, it’s real. Well, crap, now we have to do something about it​,’” he said, describing the moment he realized they were real. ​

Elizondo, who ran the Advanced Aerospace Threat Identification Program from 2010 to 2017, said he had access to Pentagon data on UFOs that shocked him.

He said he interviewed eyewitnesses in the military who encountered the flying objects nearly every day.

Data that he looked at showed the objects traveling 60 miles in five seconds.