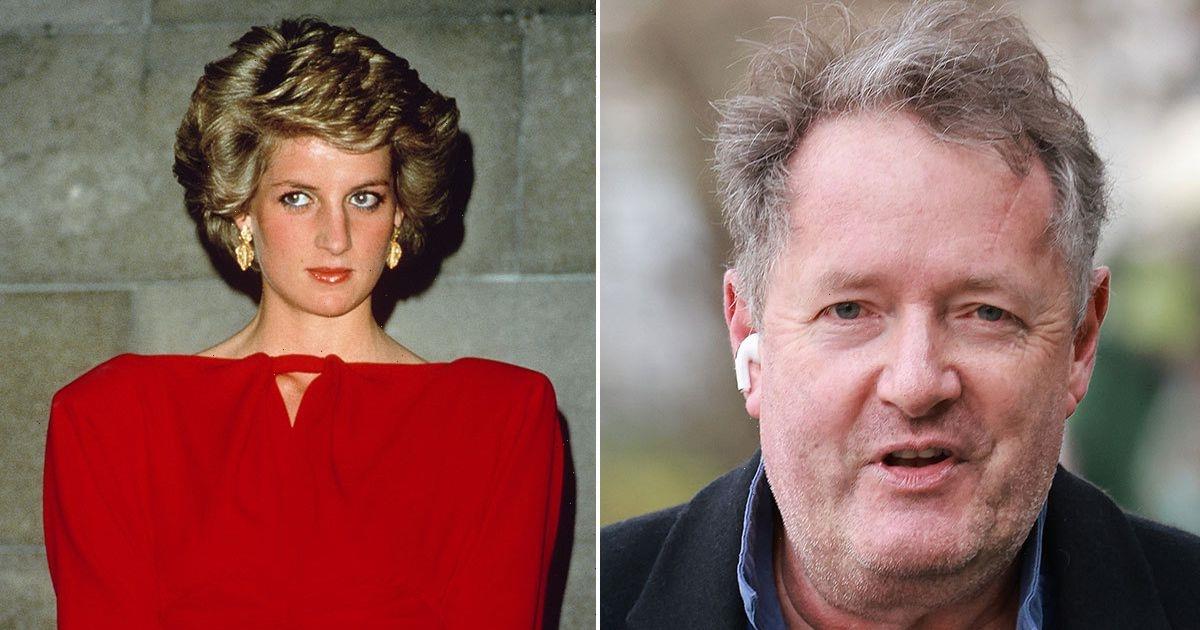 Piers Morgan has revealed that Princess Diana opened up to him about her therapy sessions during a private lunch he had with the princess alongside Prince William.

In his recent column for the Daily Mail, the former Good Morning Britain host, 56, published details about a private dinner he had with the Princess of Wales in May 1996 – six months after her bombshell 1995 BBC Panorama interview with journalist Martin Bashir.

This comes after a recent BBC investigation led by Lord Dyson found the broadcaster to have covered up "deceitful behaviour" used by Martin Bashir to secure the explosive interview with Diana.

In Lord Dyson's report, he found the BBC fell short of "high standards of integrity and transparency" – and Bashir faked documents such as bank statements to obtain the interview.

Piers said in his column that Diana herself personally invited Piers over for a private lunch at Kensington Palace with her and her then 13-year-old son, future king Prince William.

Piers penned in his column: "In May 1996, six months after the interview aired, Diana invited me for a private lunch at Kensington Palace with her and 13-year-old Prince William."

Piers first took a dig at Prince Harry, who has recently opened up about his own experience with therapy in his new Apple TV+ documentary – The Me You Can't See, saying "therapy has equipped me to be able to take on anything" and that it's the reason why he and his wife are here.

Piers then recalled Diana's confession to him abut her experience with therapy.

Piers wrote: "As Prince Harry’s behaviour grows ever more damagingly erratic, despite him saying he’s seen therapists for the past eight years, I’m reminded of something else Diana said to me over that lunch."

Piers said Diana told him: 'I stopped using therapists when I realised that they needed more therapy than I did'."

Piers also claimed that whilst speaking to her about her sit-down Bashir interview, in which she famously told the journalist that "there were three of us in this marriage".

Piers continued, writing: "'Do you regret doing Panorama?’ I asked."

"'No,’ she replied, emphatically. ‘I have no regrets. I wanted to do it, to put my side over. There has been so much rubbish said and written that it was time people knew the truth. But I won’t do it again. Once is enough. I have done what I set out to do.’

Piers continued, mentioning a rather tense moment with a young William, adding: "I looked over at her son, who was staring unhappily down at his plate. ‘Did YOU think it was a good idea, William?’ I asked.

"He pursed his lips, his cheeks reddened, and he replied: ‘I’d rather not say…’

"William didn’t need to – his opinion was clearly very different to his mother’s."

Earlier this month, The Duke of Cambridge levelled a scathing criticism of the BBC in response to its enquiry into his mum's Panorama interview, declaring the broadcaster failed her, and contributed significantly towards her "fear, paranoia and isolation" in her final years.

The column follows hints by Piers that he could be making a bombshell return to Good Morning Britain after he quit the breakfast show after six years – claiming ITV bosses reached out to him.