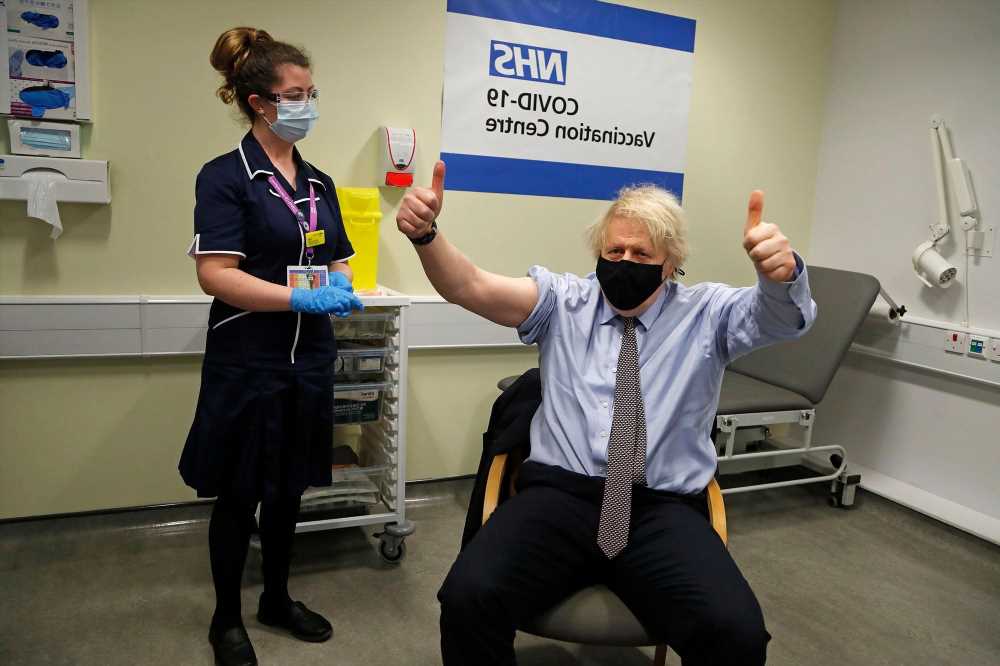 Four arrested in London as convoy shouts ‘F–k the Jews’

UK mask-wearing, social distancing to be relaxed on June 21

UK leader Boris Johnson wanted to get injected with COVID-19 on live TV to prove there was “nothing to be frightened of” — just weeks before it almost killed him, his former chief adviser told Parliament Wednesday.

“In February [2020], the prime minister regarded this as just a scare story,” Dominic Cummings told Parliament’s science and health committees as part of an investigation into the UK’s pandemic response.

“He described it as the new swine flu,” Cummings claimed, blasting his former boss for taking a two-week vacation rather than “operating on a war footing” that month.

Instead, Johnson said he was going to get chief medical officer Chris Whitty to inject him “live on TV with coronavirus” so that “everyone realizes it’s nothing to be frightened of,” Cummings testified.

Weeks later, Johnson announced on March 27 that he had tested positive for COVID-19 — leading to a spell in intensive care during which he almost died, he later admitted.

His infection came just days after he imposed a nationwide lockdown, on March 23 — following a period where the administration’s response “seemed like an out-of-control movie,” Cummings testified.

“Number 10 [Downing Street] was not operating on a war footing in February on [COVID] in any way, shape or form. Lots of key people were literally skiing in the middle of February,” he said, including Johnson, who “went away on holiday for two weeks.”

The lack of action early in the pandemic meant that “many people were left to die in horrific circumstances,” he said.

“And I’d like to say to all the families of those who died, unnecessarily, how sorry I am for the mistakes that were made and for my own mistakes,” he said.

A self-styled political disruptor, Cummings was appointed a top adviser when Johnson became prime minister in 2019, having helped design the UK’s Brexit from the European Union.

He left his job in November amid a power struggle inside the prime minister’s office.

As of Wednesday, the UK has recorded almost 128,000 coronavirus deaths, the highest toll in Europe, with nearly 4.5 million confirmed cases.

It also experienced one of the world’s deepest recessions in 2020 as three successive lockdowns hobbled the economy.

Meanwhile, Johnson defended the government’s response Wednesday, saying “to deal with a pandemic on this scale has been appallingly difficult.”

“I don’t think anybody could credibly accuse this government of being complacent about the threat that this virus posed, at any point,” Johnson said in the House of Commons.

“We have at every stage tried to minimize loss of life, to save lives, to protect the [health service] and we have followed the best scientific advice that we can.”

His spokesman said the government would not be engaging with every accusation made by Cummings.