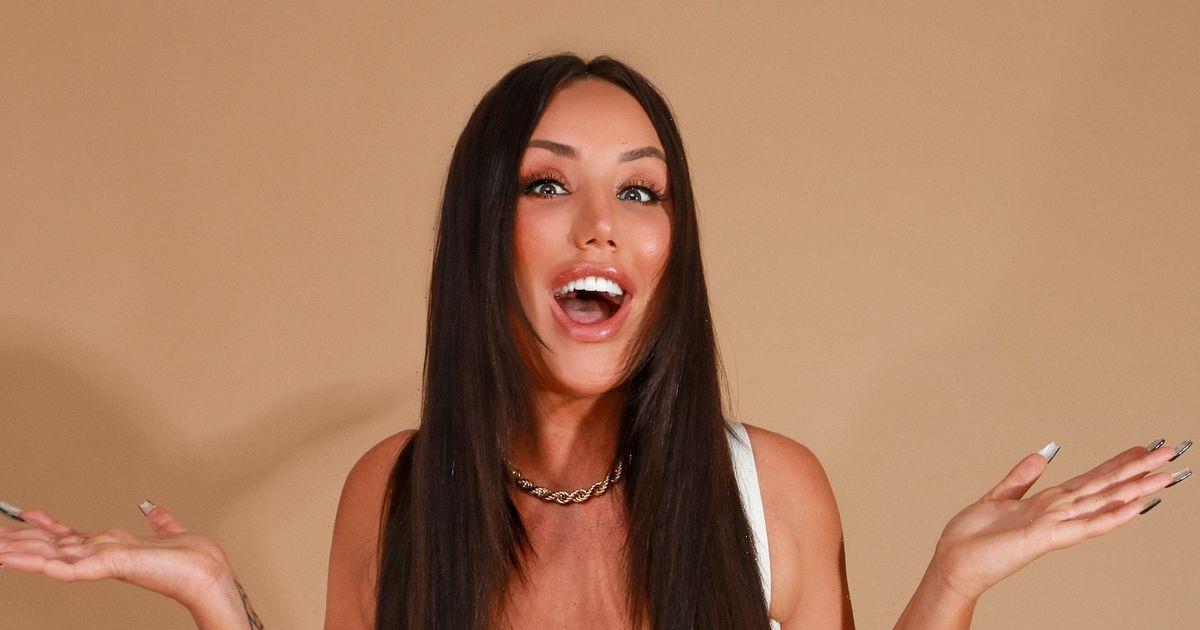 A decade ago, the Geordie Shore crew energetically burst onto our screens and quickly attracted attention thanks to their wild nights – and even wilder hook- ups. Ever since, the cast have continued to get “mortal” and entertain viewers, but some big names from the past have moved on to other projects.

So, to mark 10 years of the hit series – and all its most raucous moments – MTV has reunited original cast members Charlotte Crosby and James Tindale, along with current show favourites Chloe Ferry and Nathan Henry, for a nostalgic road trip.

Geordie Shore: Ten Years On The Toon sees Charlotte driving the foursome around as they stop off at some of their favourite Newcastle haunts. “It’s basically a big old trip down memory lane. We visit some places that proper take us all back to such a crazy time in our lives,” original cast member Charlotte, 31, tells new!.

Here, Charlotte tells us about having the ride of her life, her favourite memories from the show's jam-packed history and why she hasn't ruled out another series…

Hi Charlotte! How does it feel to be back with the Geordie Shore gang?

Oh, it’s so fun! You know us, whenever we’re together we always have a laugh. Even though we don’t see each other all the time now, when we come back it’s like a family reunion. Me and James were on it from day one so it’s been a decade now. How mad!

Tell us about Geordie Shore: Ten Years On The Toon…

Well, I’m driving this convertible around Newcastle, God help us! It’s basically a big old trip down memory lane with me, Nathan, Chloe and James. We visit some places that proper take us back to such a crazy time in our lives.

Nathan and Chloe are still on the show, but for me and James it was really bizarre to see Newcastle in that way again. We go to the Geordie Shore house, the green-screen room and loads of locations I know fans will love.

Even the Angel Of The North herself makes an appearance. They’ll show archive footage of our best and funniest moments, which should be hilarious. The things we got up to in that house back in the day were unreal.

What’s your funniest memory from that time?

There are honestly too many. You only need to watch a few episodes to see all the events that occurred with that family. I’d say my funniest memory is definitely visiting that absinthe bar with Scotty T after we ditched the others in Prague. We were such a duo. It cracks me up every time to see me struggling with those horrendous shots in my reindeer hat. Would you move in together again for one last series?

I always said I’d do a 10-year reunion show with the originals. Obviously, with Covid it’s so hard to confirm anything these days – you can barely book a pub let alone a house for a whole cast and crew! So never say never.

When restrictions allow, will you all have a big party to celebrate your decade on TV?

This special is a bit of a party in a way, a mini reunion party. It was so, so nice to see Nathan, Chloe and James.

Who are you closest to?

Holly [Hagan] and Sophie [Kasaei] are like my sisters, so I see them all the time. We’re stuck with each other, there’s no getting rid of us. We literally grew up on that show so I think we’ll always have a bond, and hopefully we’ll all be back together soon for Holly’s wedding.

What do your friends and family, including your boyfriend Liam, make of your Geordie Shore fame?

They have the same attitude as me really in that it’s funny to look back on and there are no regrets. Geordie Shore’s where I met my best friends, travelled the world and, without sounding big-headed, became a household name. It’s where it all began, so while I have moved on and a lot of us have now, it’s still fun to reminisce and think back to the wild times we had.

How has life changed for you in the last 10 years?

Life couldn’t have changed more. Everything has changed really! I’m still involved with MTV and part of the family, but over this last year especially I have branched out in loads of ways. I have my businesses Naked Lane and Pepper Girls Club, my own podcast and my own live tour coming up in October.

What’s the biggest pinch-me moment been?

It would have to be having my very own show. Being the star of MTV’s The Charlotte Show was such a career highlight, a show literally all about me. It’s so, so crazy to think how far I’ve come since my first day in that house 10 years ago.

Are there any other reality shows that you’d consider taking part in?

I‘ve said it once, and I’ll say it time and time again – Dancing On Ice. I would literally love to go on that show. If you know a person who can get me on it, let me know. I’m definitely game.

Watch Geordie Shore: Ten Years On The Toon, a two-part anniversary special, on 25 May and 1 June at 10pm on MTV.