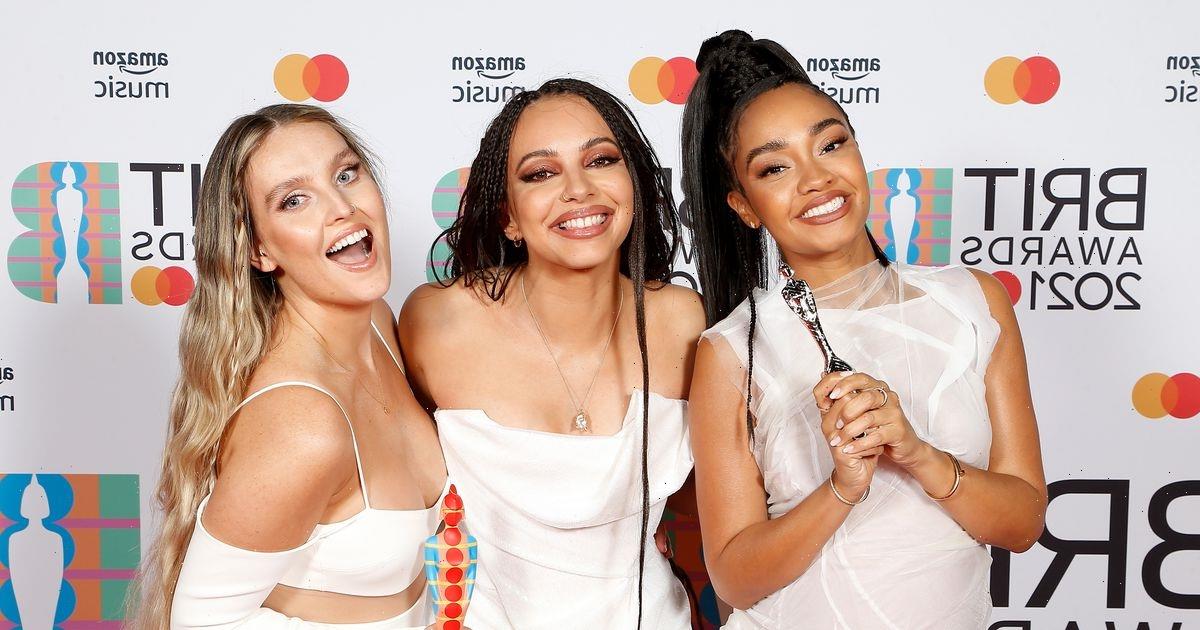 Perrie Edwards has been confronted by Mollie King over why Little Mix didn't list The Saturdays as one of the great girlbands of history during their Brit Awards speech.

Mollie's BBC Radio 1 co-host Matt Edmonson surprised the 33 year old by getting pregnant Perrie on the show, where he awkwardly asked why The Saturdays were cut from the bands mentioned as Little Mix picked up their award during the ceremony, including Spice Girls, Sugababes, All Saints and Girls Aloud.

Clearly stirring the pot, 35 year old Matt started the show by saying: "Hi Perrie from Little Mix! Now I don't want to make this too awkward. I want to make it a bit awkward but not too awkward.

"Let's remind ourselves of the brilliant speech thanking the many giants who came before you."

Repeating part of Little Mix's speech, he continued: "Spice Girls, Sugababes, All Saints, Girls Aloud, all incredible female bands. Hmmm. Is there anyone in there you think might be missing?"

Defending herself, 27 year old Perrie said she originally tried to include The Saturdays in the line-up, while her pal Jade Thirlwall, 28, wanted to add Bananarama.

However, they found the list could go on and on, which would take away from their actual speech, so they settled on four.

"You know what, in the dressing room I did flag this and say we would have to list The Saturdays and then Jade said what about Banarama? What about all the greats?" she explained.

Perrie, who recently shared the content of a handwritten note from Geri Horner, added: "And then everyone was like you can't stand there and list every single girl band just do four and move on, honestly Mollie I had your back.

Matt rebutted: "I think that makes it worse. It was considered and they were cut."

Little Mix made history as they became the first female group to win the British Group award and thanked their fellow “incredible female bands” in their emotional speech at London's O2 arena.

The band, which is comprised of Perrie, Jade and pregnant Leigh-Anne Pinnock, 29, went on to say: "The fact that a girl band has never won this award really does speak volumes. This award isn’t just for us, it’s for The Spice Girls, Sugababes, All Saints, Girls Aloud.

"All of the incredible, incredible female bands – this one’s for you.”