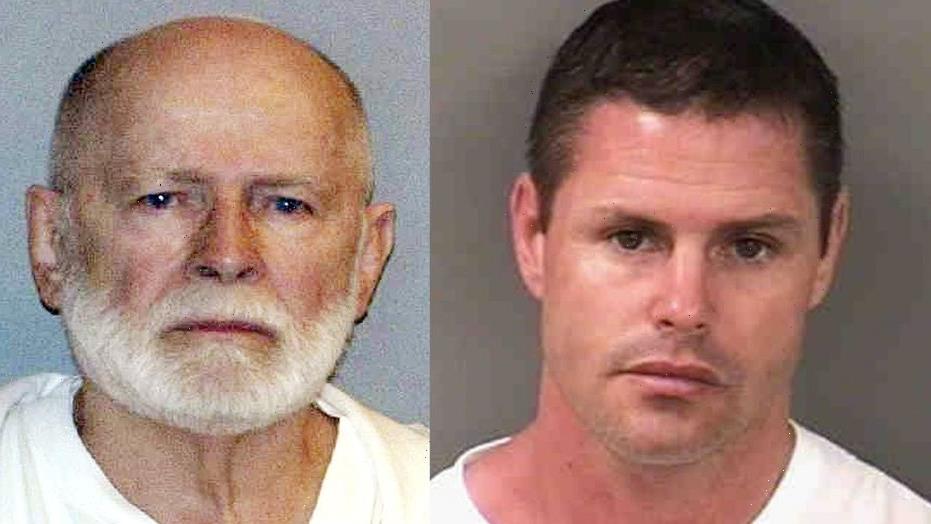 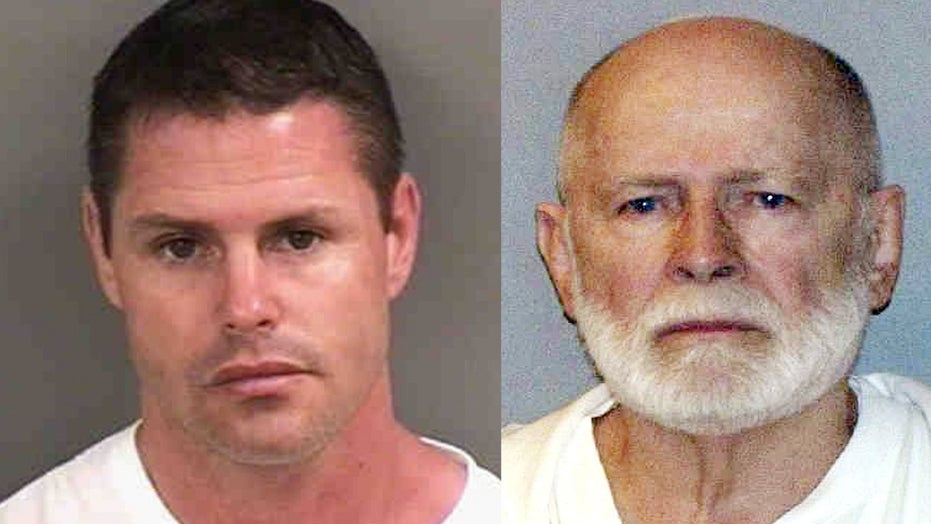 Mobster Whitey Bulger found dead after being transferred to prison in West Virginia.

EXCLUSIVE DETAILS: One of the men accused of killing reputed Boston mob boss James “Whitey” Bulger in a West Virginia federal prison in 2018 has been held in solitary confinement nearly ever since, as his son calls for law enforcement to formally indict his father or move him back to general population, Fox News has learned.

Fotios “Freddy” Geas has been held in the special housing unit at United States Penitentiary, Hazelton, since “almost immediately after” Bulger was fatally beaten on Oct. 30, 2018, said his attorney Daniel Kelly. Geas and Kelly have filed regular requests for him to be transferred out of the special housing unit, or for an explanation as to why he’s still there, to no avail, Kelly told Fox News.

The Federal Bureau of Prisons (BOP) did not respond to Fox News’ requests seeking comment and information regarding Geas’ housing status.

Geas applied for a transfer as recently as just months ago, when he was denied and told he was still not eligible for release from the unit, otherwise known as the “SHU,” Kelly said. He has since reapplied.

Kelly told Fox News his client is afforded consideration for transfer, “not just a blanket denial.” 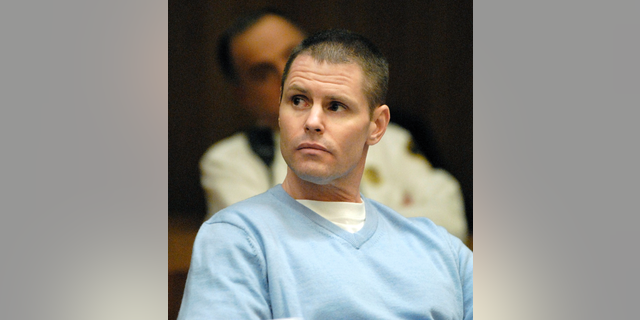 “He’s been housed in the SHU now since almost immediately after the incident. Again, using their own internal guidelines, they have to do periodic reviews. They’ve done none that we can tell. We’ve requested them, they denied our requests,” Kelly said. “They’ve told us to file Freedom of Information Acts. We’ve done that. So they’ve kind of stonewalled us on essentially everything regarding his status.”

Alex Geas, one of Freddy’s two adult children, told Fox News that prison employees are seemingly messing with his father – redacting large chunks of letters the 26-year-old sends his dad, sometimes covering one-half of the page at a time; withholding books from him; and changing his inmate post-office box information without telling people.

The younger Geas said he did not hear from his father for a month after they transferred him to solitary confinement.

“He had absolutely no idea what was going on out here,” Alex Geas recalled. “So, I basically had to fill him like, ‘This is an international news story.’ He sounded fine. All he said was, ‘How are you doing? How’s your sister doing?’ That’s it.”

Freddy Geas is typically able to make two phone calls per month, on the first and 15th, at which time he will phone Alex, his 27-year-old sister, or Kelly, among anyone else who might be on his approved list of contacts.

Seemingly the only thing that has changed since Geas was moved to solitary confinement is that he was recently given a cellmate, his attorney said.

He added: “I challenge the prison to either formally indict him or to transfer him, because this cannot keep going on like this.” 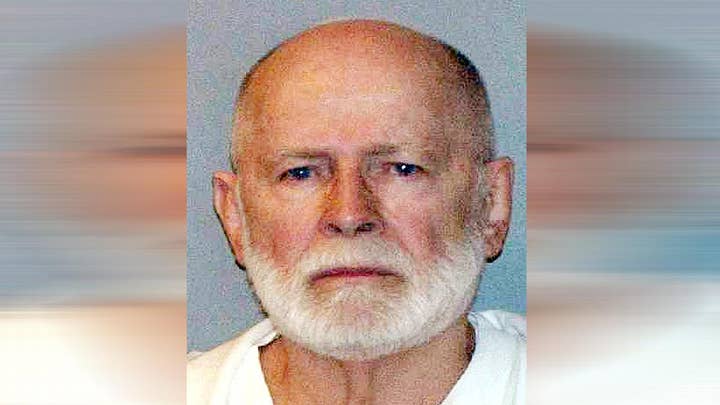 Geas, who is now 54, was one of at least two inmates reportedly suspected of killing Bulger mere hours after he arrived at the high-security facility in Preston County. Bulger, the ruthless leader who was at the helm of the South Boston-based Winter Hill Gang, was convicted in 2013 for his involvement in a slew of crimes, including 11 murders.

Bulger was in a wheelchair when he was bludgeoned with what reports and court papers have identified as a lock in a sock. Combination locks are available for commissary purchase at USP Hazelton for $6.50. Socks can also be bought from the commissary and range in price from $2.35 per pair to $9.10 for a package of six.

A lawsuit filed by Bulger’s family in 2020 accuses the BOP of failing to protect Bulger, who was a known “snitch” at the time, the Associated Press reported.

Prior to his move to West Virginia, the octogenarian was housed in facilities in Florida and Tucson, Arizona, the AP reported. Later on in his career, Bulger was also known, and some say hated, for being an FBI informant who ratted on the New England mob, his gang’s main rival, according to the AP.

Meanwhile, Geas was in the prison for his conviction in the 2003 murders of a Massachusetts crime boss and his associate, and for shooting a union head in New York, Masslive.com reported. Geas, who was convicted alongside his brother and a Genovese crime boss, was taken down with a help of a government informant – one of the trio’s former friends who had flipped, according to Kelly and the report. He was sentenced to two terms of life without parole, Kelly said. 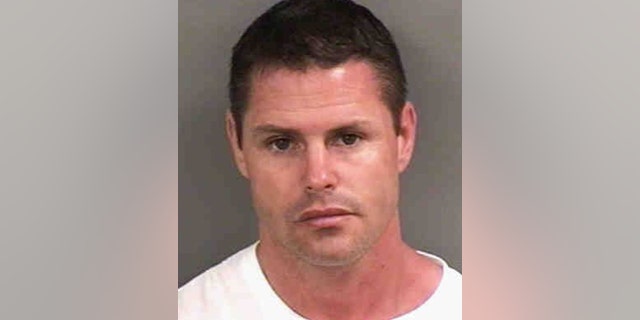 Alex Geas was in middle school at the time, he said.

When asked his thoughts on the allegations that his dad was involved in Bulger’s death, he responded: “That’s all they are – they’re allegations.” He maintained his father’s innocence.

“This is a bunch of the headline grabs. I know it’s a really easy story for people, and it’s pretty ridiculous that he’s been in the SHU two and a half years.”

After Bulger’s death, some who knew Geas or were familiar with his case described him as having a distaste for informants.

When asked about his client’s reported disdain for informants, Kelly said Geas’ feelings toward rats are not unusual among those involved in organized crime.

“People that are associated with criminality, criminal acts, organized crime, as he’s often been alleged to have been involved in – and convicted of, quite frankly – nobody in that life has any love for informants,” he said.

He pointed to the details of Geas’ own conviction.

“He was convicted because his closest friend turned informant on him and his brother,” Kelly said. “So, even before that happened, there was no love lost for informants based upon his chosen vocation.”

Geas has not been charged in connection with Bulger’s death. No one has.

“I think it’s in his best interest not to even deny it,” Kelly said. “Just to, no comment, we’re not even going to go down that road.” 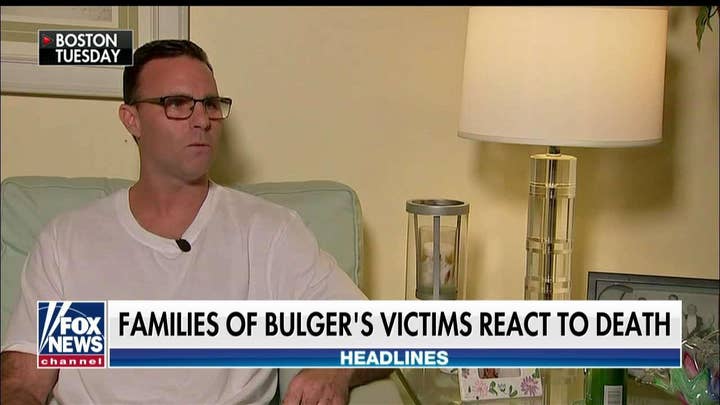 Kelly said he could not recall if, over his 10- to 12-year relationship with Geas before his conviction, they had ever discussed Bulger. Even after his death, Kelly said it is a topic that is not frequently discussed because phone calls and letters to him are “closely monitored.”

“I don’t have any faith in the BOP to honor the attorney-client privilege,” he said. “So, we really haven’t spoken a lot about it, actually.”

In the meantime, Kelly said he and Geas typically talk about “our kids, mutual friends, sports, the Patriots … he likes NFL,”

When asked about any remarks Geas had made about his run-ins with Bulger, Kelly told Fox News that when he spoke to Geas after Bulger’s death, he acted in “typical Freddie fashion.”

“He made a joke and said, ‘Apparently some old guy died and now they think I did it,’” Kelly recalled.

A spokesperson for the Federal Bureau of Investigation referred comment to the Department of Justice.

Acting U.S. Attorney Randolph J. Bernard of the Northern District of West Virginia told Fox News: “The death of Whitey Bulger remains under investigation. No other information can be released at this time to protect the integrity of that investigation.”

Kelly said he believed Geas has not been interviewed by the FBI regarding Bulger’s death – “because he just refused to talk.”

“He wouldn’t answer any questions even if I was there – he just doesn’t answer questions,” Kelly said of his client. “That’s it.”

He said his focus right now is not so much on calling for developments in the Bulger investigation, but getting his client out of solitary confinement.

“This is America, it’s not a third-world country, and we’re supposed to treat everyone with respect, even those of us who have been convicted … He’s a father, he’s got children and he loves to communicate with and is trying to do so,” Kelly said. “He’s not asking for a lot. He’s asking for a couple of phone calls and to not be shoved into a closet indefinitely. What he’s requesting is fairly minimal. It’s the bare minimum of human decency.”

If you’ve got a story tip, you can reach Stephanie Pagones at stephanie.pagones@fox.com.