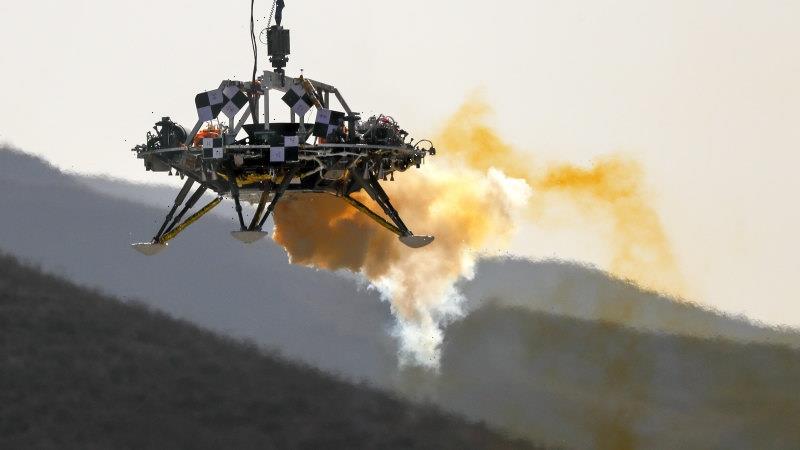 Beijing: China has landed a spacecraft on Mars for the first time in the latest advance for its space program. 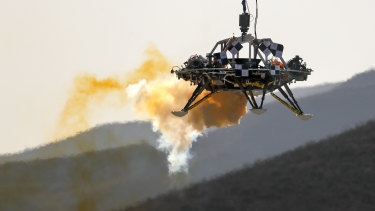 A lander is lifted during a test of hovering, obstacle avoidance and deceleration capabilities of a Mars lander at a facility in Huailai in China’s Hebei province in 2019. Credit:AP

The official Xinhua News Agency said on Saturday that the lander had touched down, citing the China National Space Administration.

The Tianwen-1 spacecraft landed on a site on the Southern Utopia Plain, an icy area, “leaving a Chinese footprint on Mars for the first time,” Xinhua said.

A rover, named Zhurong, will now survey the landing site before departing from its platform to conduct inspections.

Tianwen-1, or “Questions to Heaven”, after a Chinese poem written two millennia ago, is China’s first independent mission to Mars. A probe co-launched with Russia in 2011 failed to leave the Earth’s orbit.

The five-tonne spacecraft blasted off from the southern Chinese island of Hainan in July last year, launched by the powerful Long March 5 rocket. 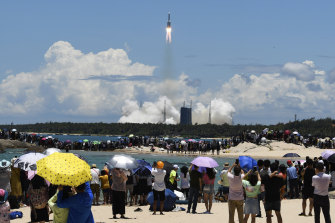 After more than six months in transit, Tianwen-1 reached the red planet in February where it had been in orbit since.

The landing follows China’s launch last month of the main section of what will be a permanent space station and a mission that brought back rocks from the moon late last year. The US has had nine successful landings on Mars since 1976.

The rover will join an American one that arrived in February and two other NASA crafts already surveying the red planet.