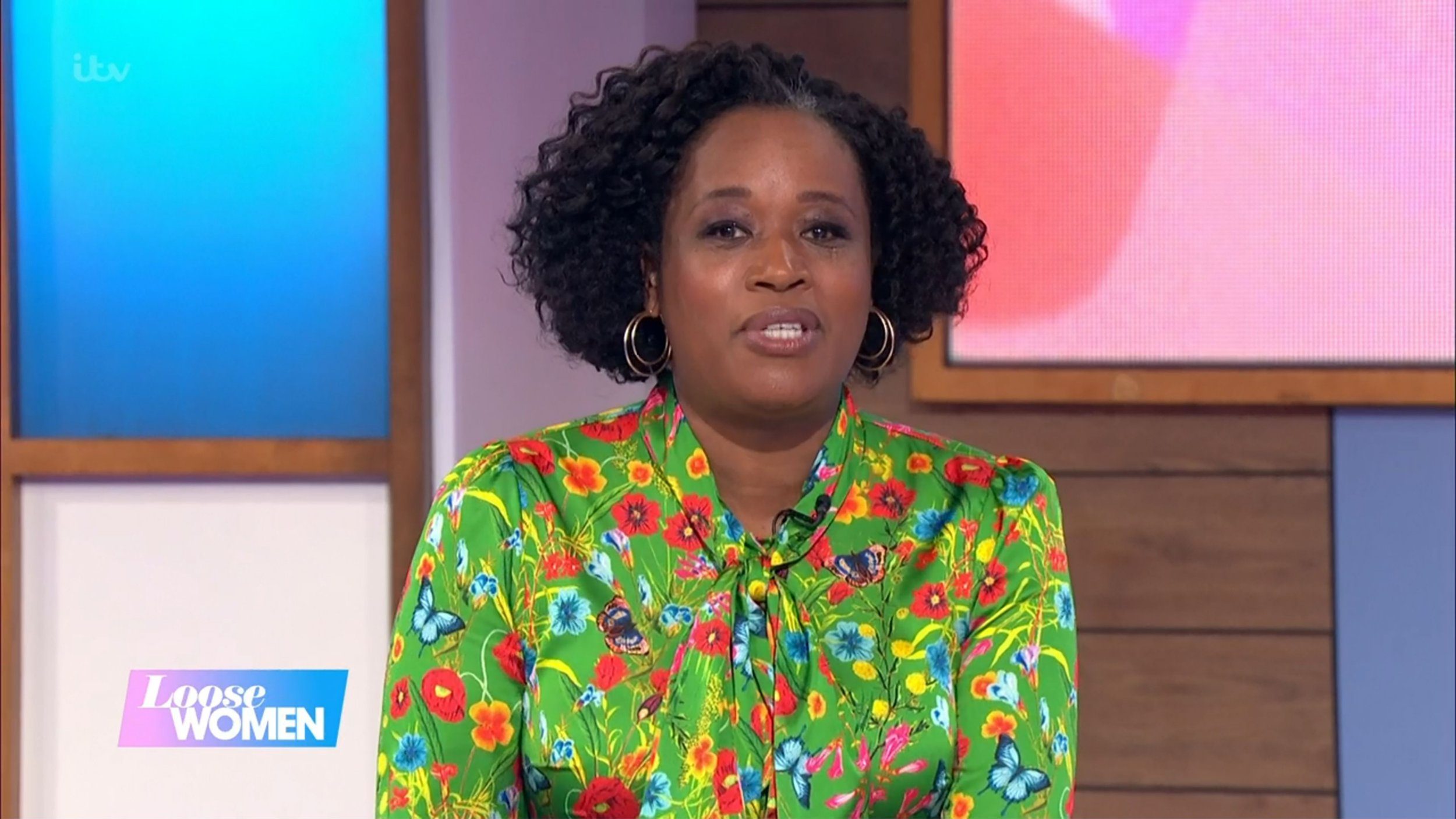 Charlene White has recalled the shocking conversation she shared with a cousin of the Queen, who acknowledged how his family had ‘profited’ off the slave trade.

Almost a year on from the murder of George Floyd in Minnesota, US and the global Black Lives Matter protests that followed, TV presenter Charlene and journalist Sir Trevor McDonald are hosting an ITV documentary investigating the impact that the events had on people in the UK.

In the hour-long film, Charlene and Sir Trevor speak to a range of individuals, including former professional footballer John Barnes, former cricketer Ebony Rainford-Brent, who was the first Black woman to play cricket for England, and athlete Bianca Williams, who made headlines last year when she and her partner were stopped and searched by police while in their car with their three-month-old son.

While speaking to Metro.co.uk, Charlene explained that one of the most ‘surprising’ conversations she had was with Earl David Lascelles, who is a first cousin once removed of Queen Elizabeth II and is 62nd in line to the throne.

The 70-year-old, whose ancestral home is Harewood House in Leeds, told the Loose Women star how a few years ago, he and his family went into the basement of the property and ‘found all of these papers that basically detailed the fact that they profited – quite well – from the slave trade, so that some of their money came from the backs of Black people, essentially’, Charlene said.

‘So if we were willing as taxpayers to keep paying that money to slave owners in the modern era, how can you possibly say and use the argument that it’s got nothing to do with British society now?’ she said.

Charlene said that she found it ‘quite inspiring’ to hear the Earl of Harewood be ‘so honest’ about his family’s discovery and their desire to ‘pay back their local community’.

David and his wife Diane Howse, Countess of Harewood decided to sell the collection of rum that was discovered in their home for approximately £200,000, using some of the money to fund a foundation supporting young people from diverse backgrounds in Leeds.

In the documentary, the Earl states that it was clear to the family that they could not benefit from the sale of the rum, which was the oldest and most expensive in the world.

‘I think that to speak to somebody who knows their family did that and me knowing that my family, by nature of being raised in the Caribbean, were torn from their families in Africa, it was a really fascinating conversation for me. Not always an easy one I think for me to have, but I think I learnt a lot from him.’

Looking back on her collaboration with Sir Trevor, Charlene said it was ‘something I never ever thought could ever happen’.

‘The thought of me working alongside Sir Trevor is still blowing my mind,’ she said. ‘It’s a subject that we are both hugely passionate about and we wanted to tell this story.’

Got a story? If you’ve got a celebrity story, video or pictures get in touch with the Metro.co.uk entertainment team by emailing us celebtips@metro.co.uk, calling 020 3615 2145 or by visiting our Submit Stuff page we’d love to hear from you.