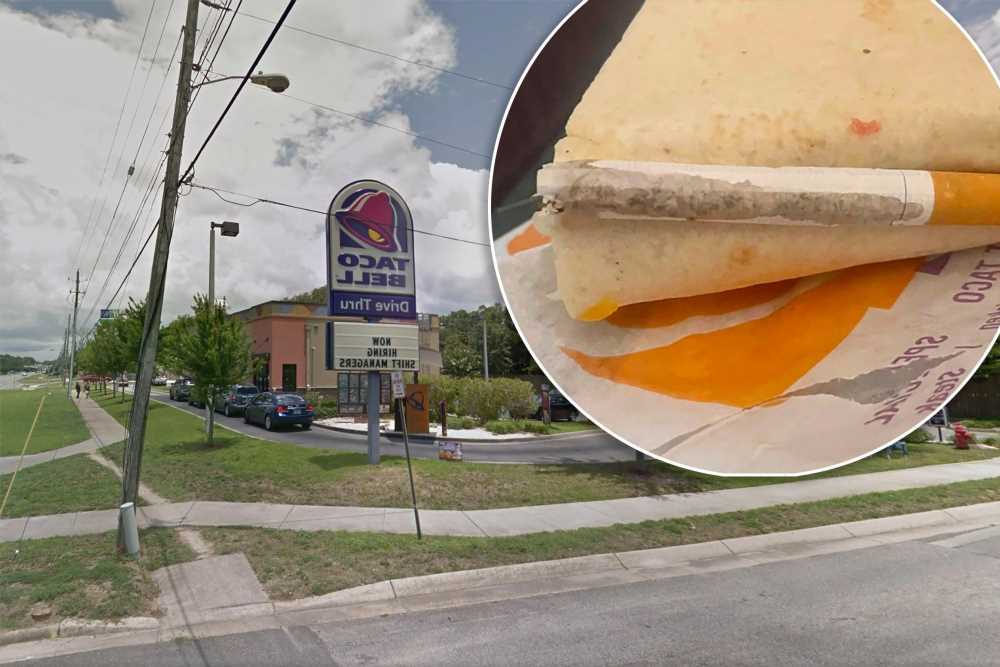 A Florida woman claims she found a cigarette wrapped up with her soft-shell taco from Taco Bell.

Taura Helsel, of Pensacola, was horrified when she discovered the unwanted side in her chalupa meal from a Taco Bell restaurant in Escambia County, she told local news station WKRG.

Helsel said she didn’t know if the cigarette’s inclusion in her order sloppy or malicious — but she did wonder how it could have happened by accident.

“I don’t know if it was intentionally put there or if somebody had it on their ear and maybe they were rolling a taco and it fell in there,” Helsel told the station.

“But another thing I thought about was, how did they not notice that cigarette in there?”

Helsel said her infant daughter had already even eaten some of the tacos she gave her before she made the startling discovery.

“It’s disgusting,” she told the outlet.

“Either that cigarette was put there intentionally or accidentally, but that’s not the point. I fed some of that to my 1-year-old daughter.”

Helsel said when she returned to the restaurant with the cigarette and meal, she got her money back — but workers wouldn’t apologize for the tainted taco.

“I thought they were going to apologize or something, but they didn’t,” Helsel told WKRG.

“The employees seemed really mad that I had come back up there.”

When contacted by the news station, Taco Bell insisted it would reach out to the unhappy customer.

“We take this very seriously,” the statement provided to the TV station read. “Our franchisee that owns and operates this location is looking into this matter and will be reaching out to the customer directly.”