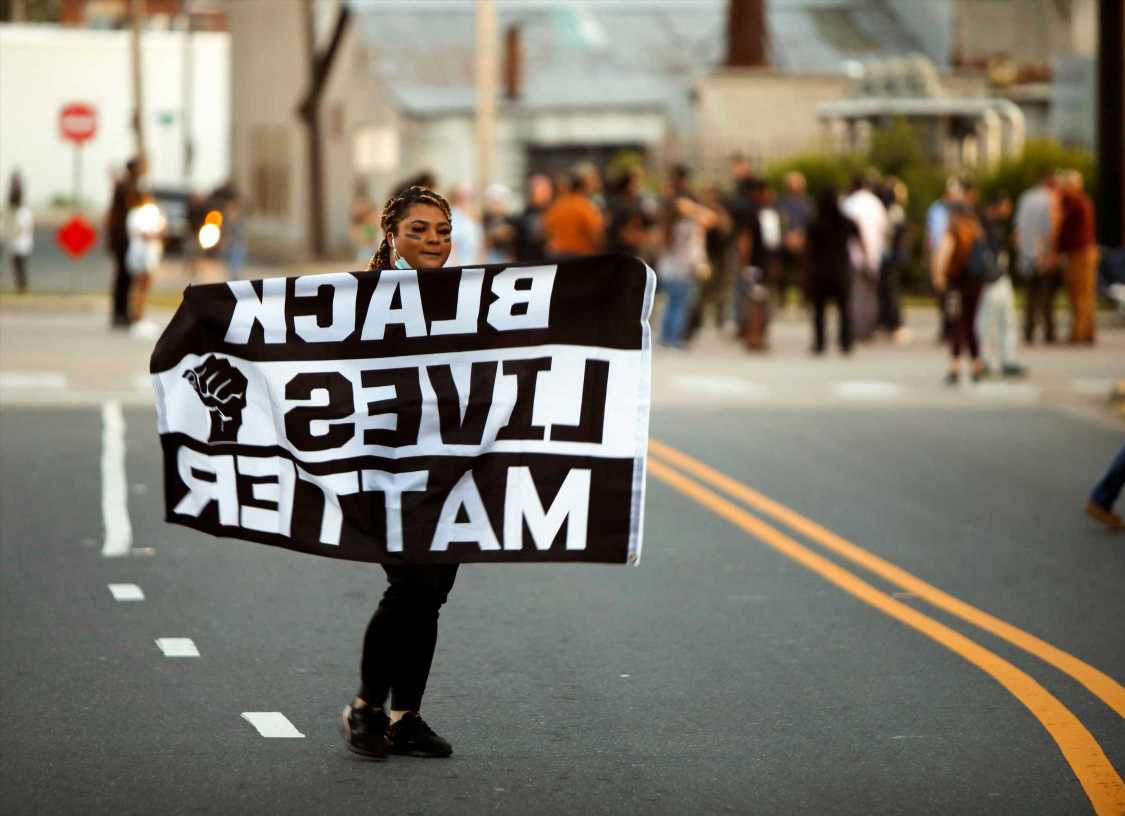 BLACK Lives Matter released an updated set of demands on Monday, including convicting former President Donald Trump and banning him from political office.

BLM repeated its calls to defund the police and included new demands regarding the Capitol riot on January 6. 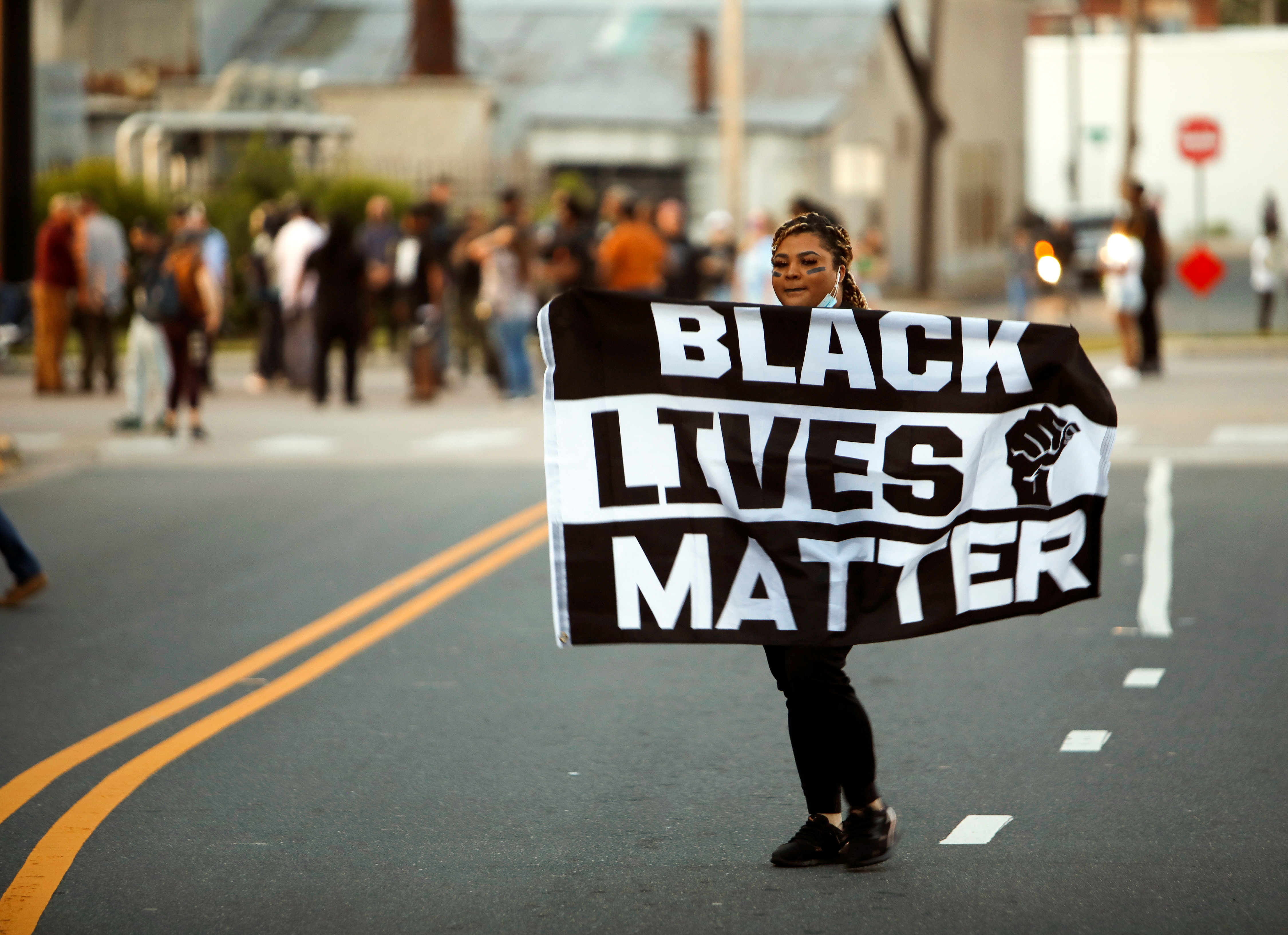 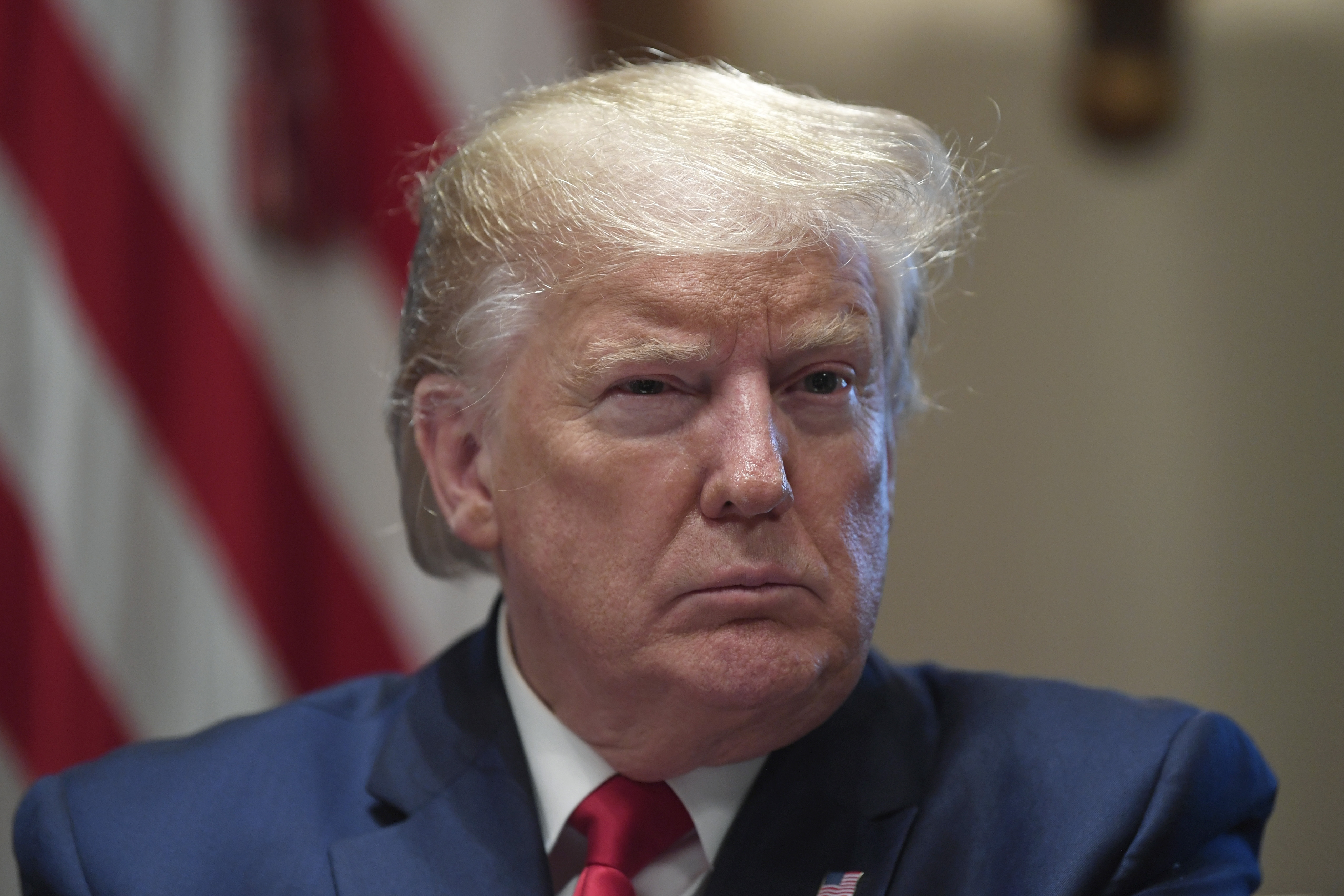 The first call to action is convicting Trump in the US Senate, a measure that failed during his impeachment trial in February, and banning him from holding public office again.

BLM also called for Trump to be permanently banned from all social media platforms. He is currently banned from most popular platforms, including Twitter, Instagram, and Facebook, although Facebook may decide to lift its ban on Wednesday.

"Trump has always used his digital media platforms recklessly and irresponsibly to spread lies and disinformation," the BLM website reads.

"He must be stopped from encouraging his mob and further endangering our communities, even after inauguration." 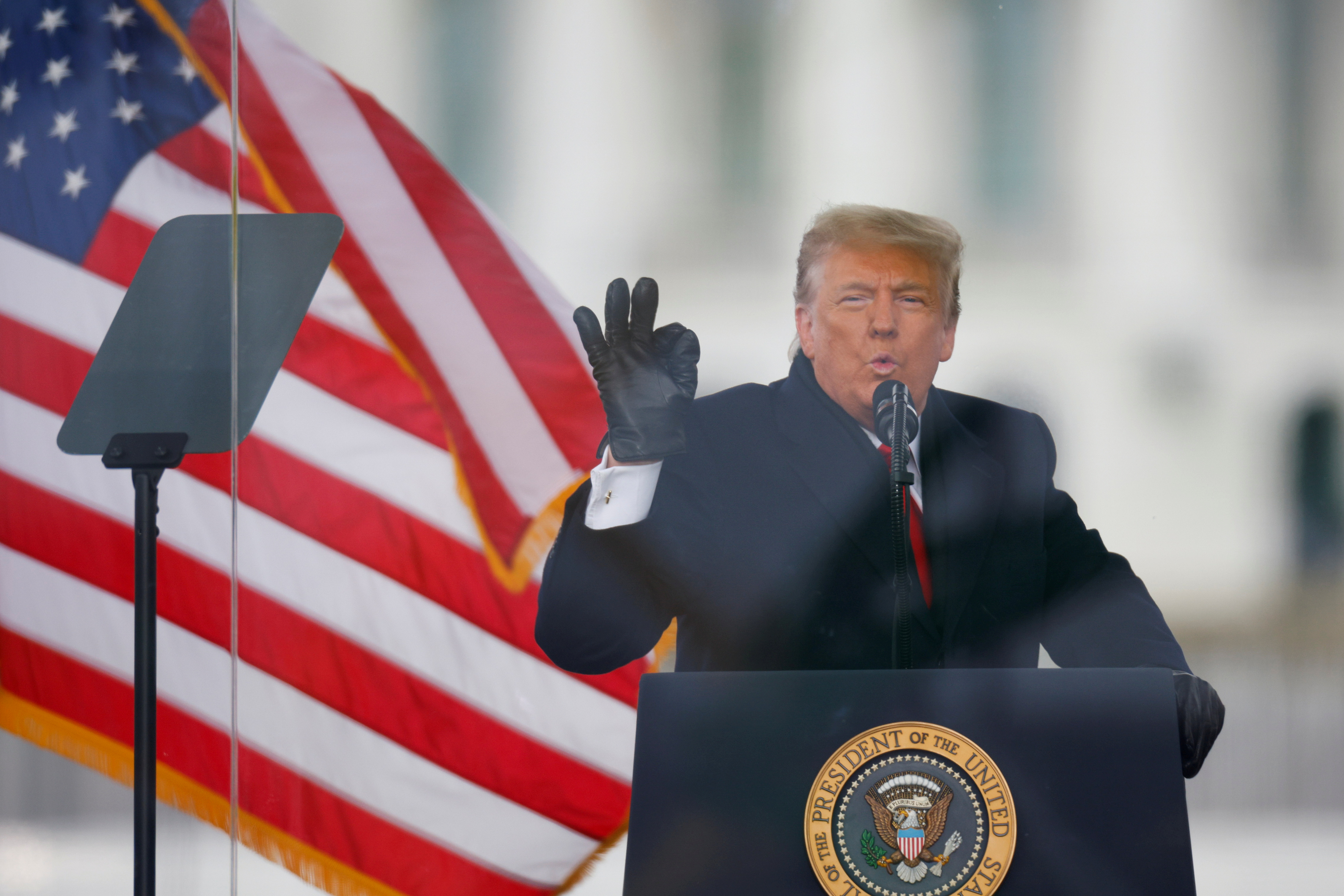 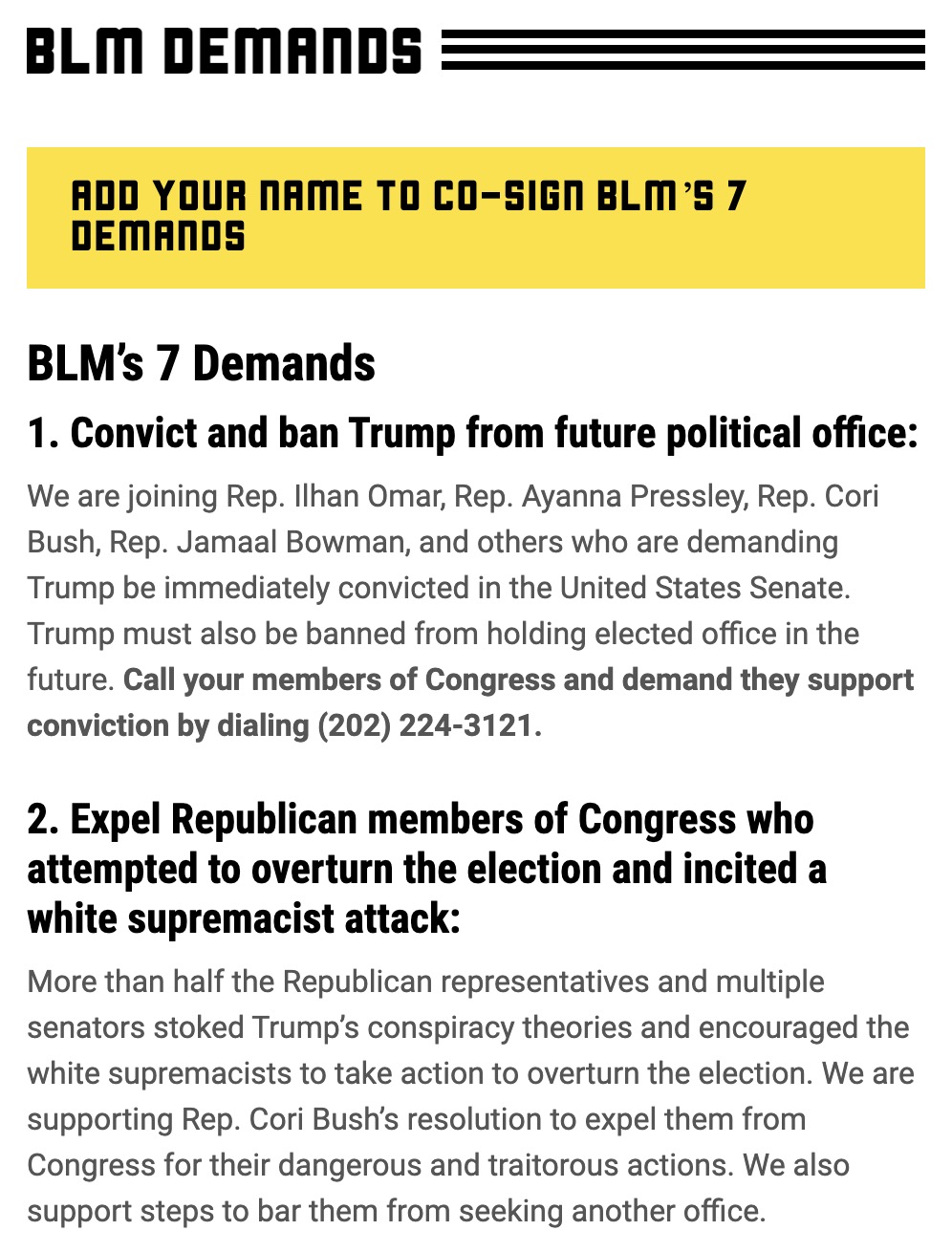 The organization is also calling for Republican members of Congress who supported efforts to overturn the election to be expelled from office.

BLM also wants there to be an investigation into the ties between white supremacy and law enforcement, the military, and Capitol police.

"We know that police departments have been a safe haven for white supremacists to hide malintent behind a badge," the demands read. "We also know off-duty cops and military were among the mob at the Capitol on January 6th. Guilty parties need to be held accountable and fired."

Additionally, spurred on by the recent killing of Andrew Brown Jr. by North Carolina sheriff deputies, BLM repeated its calls for the police to be defunded.

BLM negated comparisons between their protests in 2020 and the Capitol riot on January 6, objecting to new domestic terrorism bills that BLM says will disproportionately target black and brown people.

"We don’t need new domestic terror laws, facial recognition, or any other new police power for the state," the site reads. "There are enough laws, resources, and intelligence, but they were not used to stop the coup."

The final request is for Congress to pass the Breathe Act, which would invest in less severe forms of community safety and divest federal funding from incarceration and police.