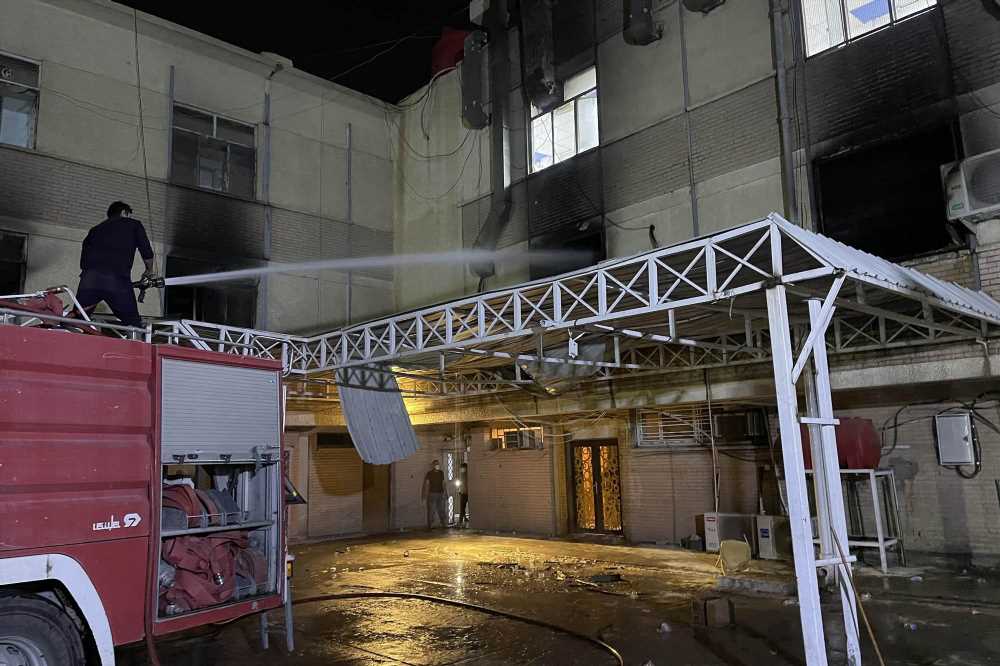 Rockets fired near US embassy in Baghdad’s Green Zone

‘America is the Great Satan’: Iraqis protest US on anniversary of Soleimani’s death

At least 82 people have now died from an inferno at a Baghdad hospital sparked by an exploding oxygen cylinder in a COVID-19 ward, with at least 110 others injured, Iraq officials announced Sunday.

At least 28 of the dead were coronavirus patients who had been on ventilators when the fire broke out at Ibn al-Khatib hospital Saturday, according to the country’s independent Human Rights Commission.

The Health Ministry said at least 200 people were rescued from the scene, with numerous burned bodies carried out by paramedics and witnesses who raced in to help.

“People were jumping… Doctors fell on the cars,” said Ahmed Zaki, who had been visiting a family member but ended up rescuing people from the fire that “spread like fuel” on the second floor.

“Everyone was jumping. And I kept going up from there, got people and come down again,” Zaki said.

While many patients were transported to other hospitals, relatives of the missing were still gathering at the scene and begging for help locating their loved ones.

“Please, two of my relatives are missing. … I am going to die (without news about them),” one young woman posted on social media after a fruitless search for her family members who had been in ICU.

Prime Minister Mustafa al-Kadhimi held an emergency meeting at the headquarters of the Baghdad Operations Command, which coordinates Iraqi security forces, according to a statement on his Twitter account.

“Negligence in such matters is not a mistake, but a crime for which all negligent parties must bear responsibility,” he said, giving authorities just 24 hours to present the results of an investigation.

UN envoy to Iraq Jeannine Hennis-Plasschaert expressed “shock and pain” over the incident in a statement and called for stronger protection measures in hospitals.

Iraq’s healthcare system, ruined by decades of sanctions, war and neglect, has been stretched during the coronavirus crisis.

The country has had more than 1 million infections with more than 15,200 deaths, according to Johns Hopkins University data.