THIS is the horrifying moment a paedophile snatches a 7-year-old girl from her apartment block before the youngster flees for her life.

The shocking incident, which was captured on a CCTV camera in Kazakhstan, occurred after the perpetrator followed her into the entrance of the building before immediately regretting his actions. 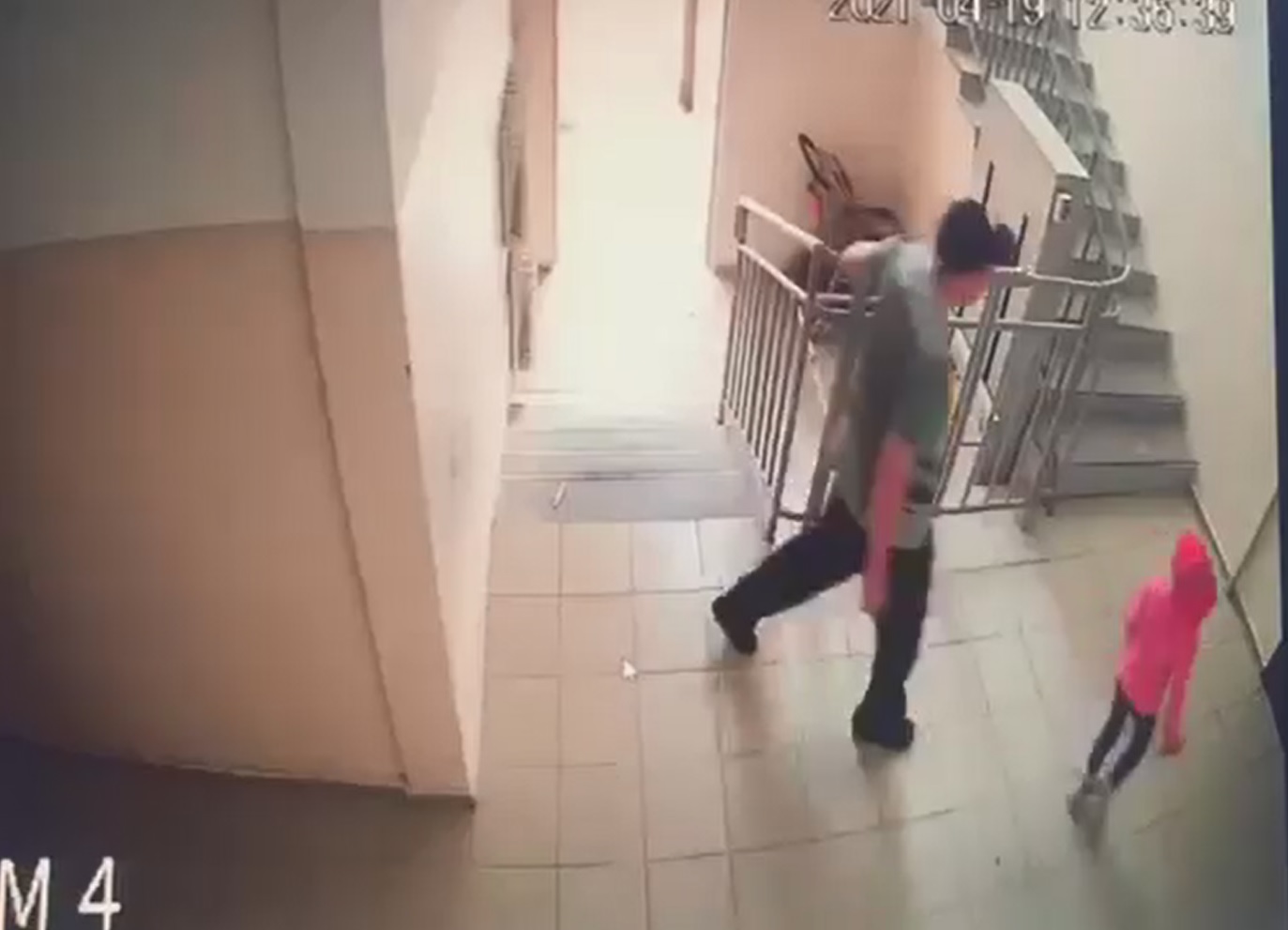 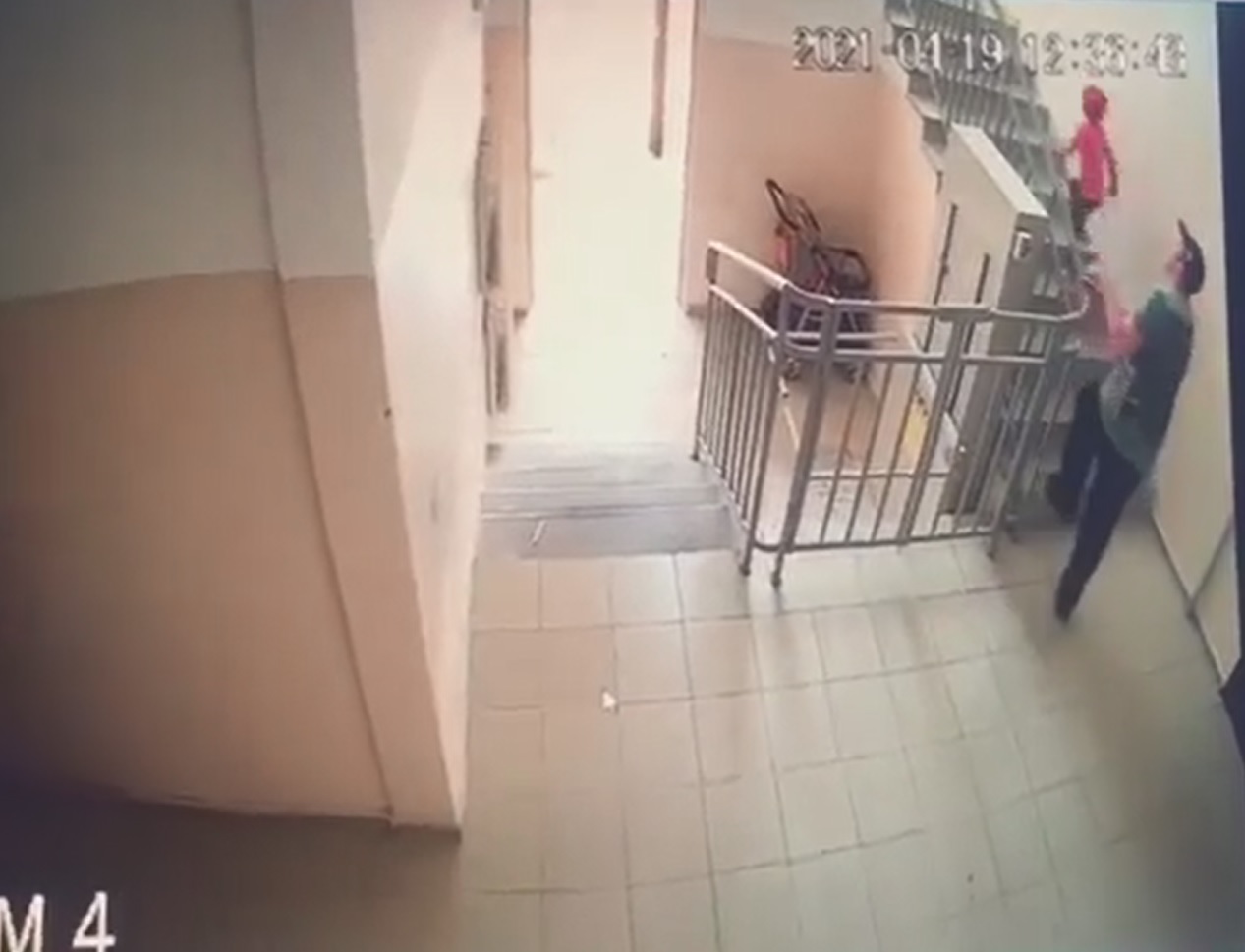 In the clip a girl, dressed in a pink winter jacket, enters her apartment block after being followed by a man in a grey T-shirt and a black cap.

As she begins to realise the danger, the child runs up the stairs.

The monster then takes a second to look up – making sure there are no witnesses around him – before proceeding to chase after the girl.

After briefly moving out of the shot, the man appears holding the child under her armpits as hurriedly carries her down the stairs.

According to Police, the peado then drags the girl into the corner and allegedly “undresses and touches her."

Fortunately, the child fought her way out and ran away from the abuser – alarming her parents who immediately called the police.

A police spokesman said: “The man dragged the girl to a spot which is not observed by CCTV cameras. There he undressed her and started touching and groping her.

“The victim managed to escape and report the incident to her mother. The perpetrator was caught within ten minutes.”

According to police reports, the suspect lives nearby and noticed the girl in a supermarket.

He realised the child was on her own and decided to follow her, say detectives.

A criminal case on corruption of a minor has now been launched, with the suspect facing up to 15 years in prison if found guilty.

The investigation is ongoing. 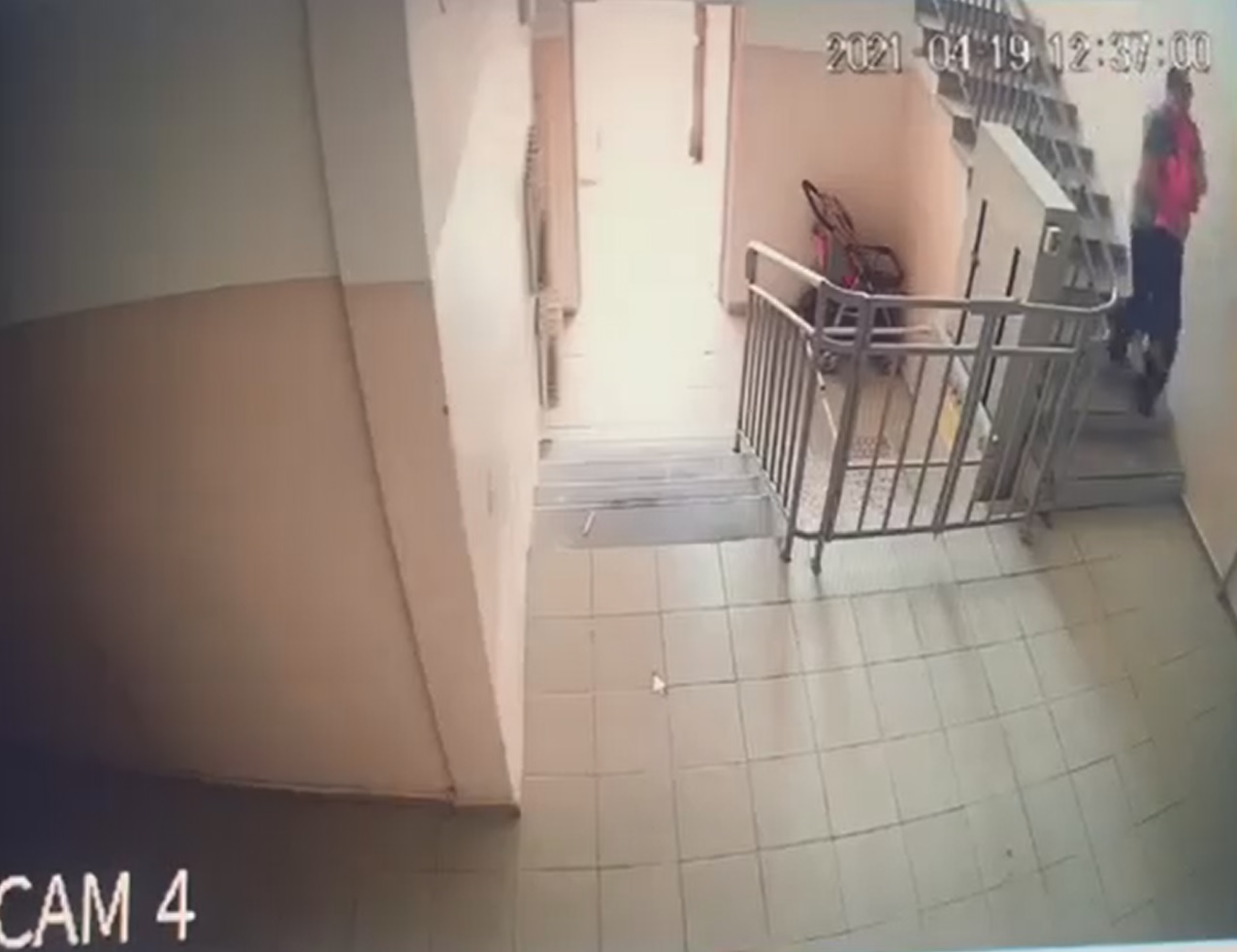 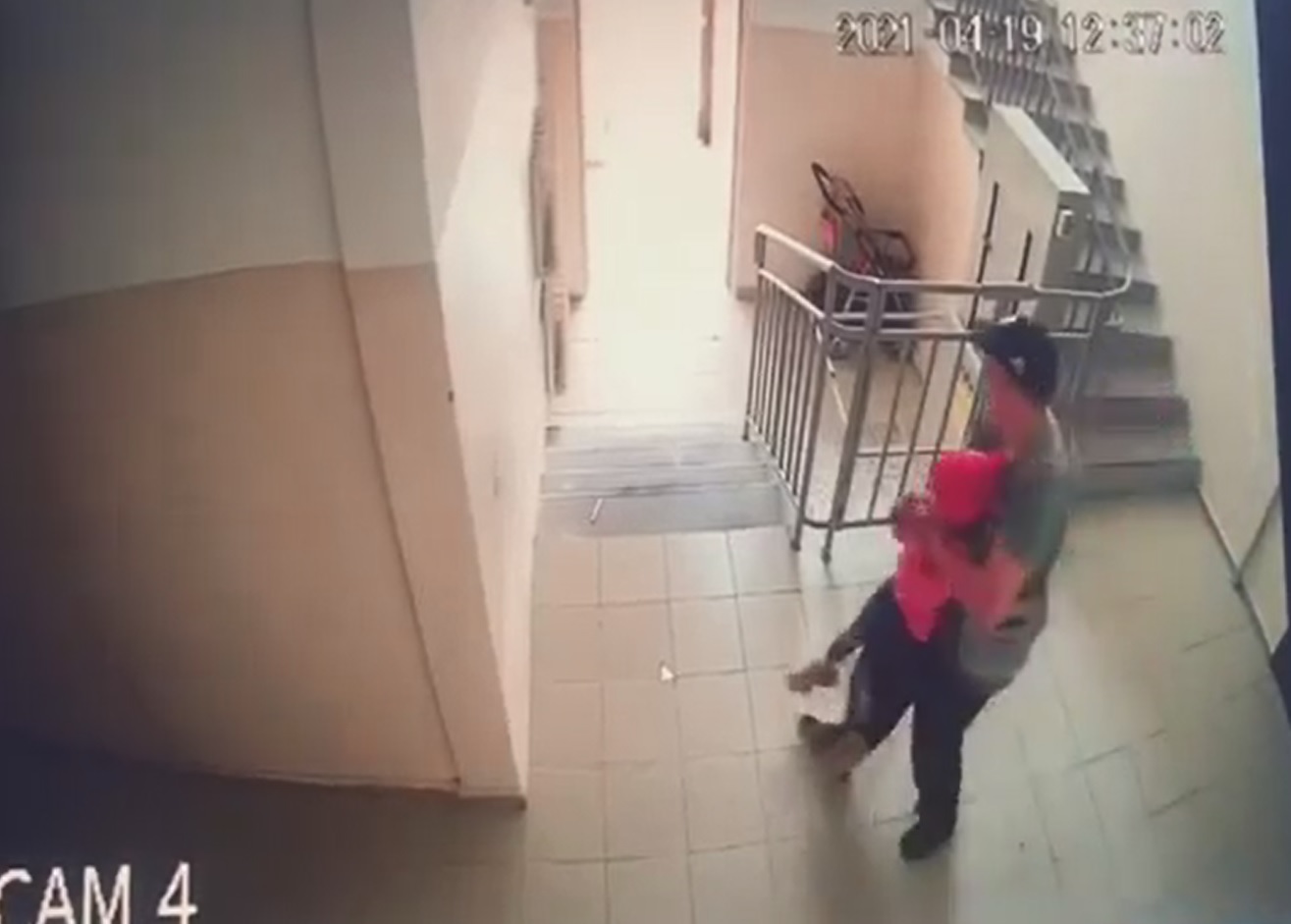