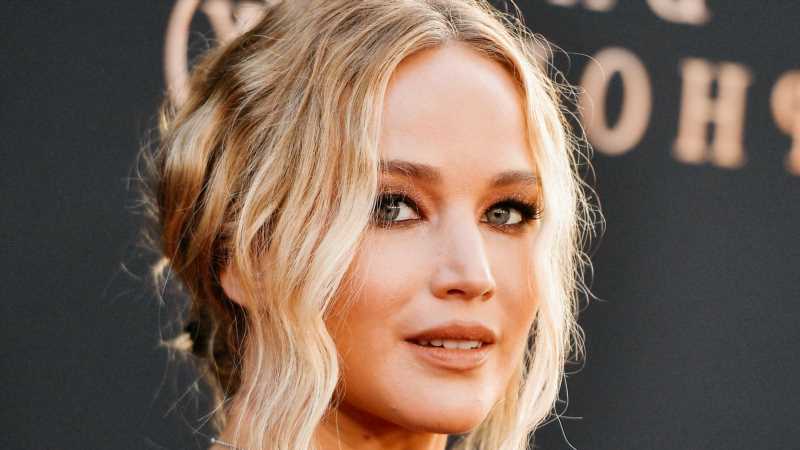 For a long time, Jennifer Lawrence was everywhere. She was on the list of Hollywood’s highest-paid actors after starring as both Katniss Everdeen on Hunger Games and Raven/Mystique on X-Men. She was also on every late-night talk show, as well as every magazine cover ranging from Vogue to Glamour, and nearly everything she said and did made headlines. From her crushes on Timothée Chalamet and Larry David to her obsession with the Kardashians, fans couldn’t get enough of J. Law. She was the quirky, witty, and super relatable girl-next-door-type who all the boys liked and all the girls wanted to be best friends with.

Let’s not forget to mention she was good pals with all our favorite celebs, including Adele, Emma Stone, and Amy Schumer. Simply put, Lawrence quickly became Hollywood’s new It-Girl. On top of all that, she won an Oscar in 2013 which solidified her place as an A-list actor. However, in recent years, Lawrence has been off the grid. So, where has she been? Keep scrolling to find out what she’s been up to and why you don’t see her around anymore.

The actor didn't want to be part of Hollywood's machine

Aside from a short appearance in X-Men: Dark Phoenix in 2019, Jennifer Lawrence hasn’t starred in a movie since 2018’s Red Sparrow. This isn’t surprising since she revealed why she decided to take a break during an interview on the Absolutely Not podcast in October 2020. “I realized that I needed to take some time,” she explained. “I mean, we all [felt] that, like everybody needed a break and the public needed a break from me. I needed a break.”

Lawrence also opened up about how so actors get wrapped up in Hollywood’s “machine” when they take on consecutive projects after finding massive success. “I realized that, you know, once you go into this machine, you just, it just doesn’t stop,” she said. “And, um, you know, it’s like the next big movie, you know, do this, do this, do this. And you’re like, ‘Oh my God. Great, great. What a, what an amazing opportunity.’ And you’re just a part of this machine.”

She continued, “And then you’re like, wait a minute. I’ve lost track of the kind of films that I want to make and why I want to make them. And I felt like my career had taken on a life of its own, a slick life kind of thing. And I just had to make some changes and I did.”

Jennifer Lawrence took a break to focus on activism

In early 2018, Jennifer Lawrence told Entertainment Tonight she was planning on taking a year off from acting to focus on activism and work with a non-profit organization. “I’m going to take the next year off,” she shared while promoting the film Red Sparrow. “I’m going to be working with this organization as a part of Represent.Us … trying to get young people engaged politically on a local level.” The actor clarified the project had nothing to do with politics, as it’s “just anti-corruption” organization “trying to pass state by state laws that can help prevent corruption, fix our democracy.”

A few months before her interview, she also mentioned on two separate occasions that her intention was always to live a more humble life. She told Elle in November 2017, “I want to get a farm. I want to be, like, milking goats.” She also announced on the Today show two months prior: “I’m taking [a break]. I don’t have anything set for two years … I don’t know [what I’m going to do]. I don’t know, start making pots? I think I’m just taking a little break.”

During her acting break between 2018 and 2019, Jennifer Lawrence met and fell in love with art gallery owner Cooke Maroney, which resulted in a whirlwind romance and quickie engagement. During a June 2019 interview on the podcast NAKED With Catt Sadler, the actor called her then-fiancé “the greatest human being I’ve ever met.” She added, “I just met Cooke and I wanted to marry him. We wanted to marry each other — we wanted to commit fully.”

The couple got married in late October 2019 and kept a low profile, likely because the coronavirus began shortly afterward.

Meanwhile, Lawrence may have taken a step back from acting to focus on her personal life, activism, and career choices, but she has two movies coming out in 2021 and two more in the works, including the upcoming Netflix film Bad Blood, in which she plays biotech entrepreneur Elizabeth Holmes, per Deadline. She’s also set to star in Don’t Look Up, which features A-listers like Leonardo DiCaprio, Meryl Streep, Timothée Chalamet, Cate Blanchett, and Ariana Grande.

It turns out, Lawrence didn’t really disappear from Hollywood; she just needed some time to re-evaluate her life. But not to worry — she’ll be gracing the big (and small) screen again soon enough. There are also likely many more funny J. Law stories in our near future.