Even as she approached her 79th birthday, Carla Zampatti never entertained the thought of stepping away from her fashion business.

“My customers keep saying, ‘You can’t retire!’ And anyway, I love it!” Zampatti told The Australian Women’s Weekly, in an interview conducted before the designer’s death, to be published on Thursday. 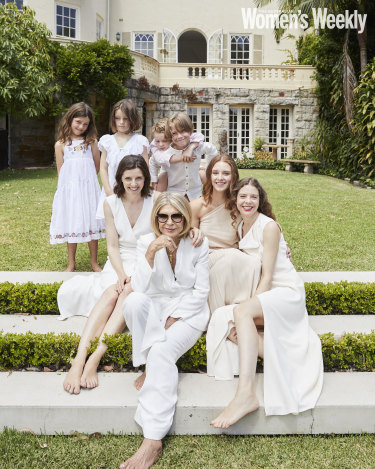 Carla Zampatti with her daughters, Bianca (right) and Allegra Spender, and five of her nine grandchildren.Credit:Corrie Bond for the Australian Women’s Weekly.

The magazine shoot was done at Zampatti’s Italianate home in Sydney’s eastern suburbs right before Christmas, and features her two daughters, Bianca and Allegra Spender, and five of her nine grandchildren.

Zampatti died on April 3, one week after suffering a serious fall at the opening night of Opera Australia’s La Traviata on Sydney Harbour. She was farewelled in a state funeral at St Mary’s Cathedral last Thursday that was attended by a who’s who of politics, fashion, business and media.

The Weekly’s editor-at-large, Juliet Rieden, who wrote the feature for the magazine, had been sitting near Zampatti on the fateful night at the opera. She says the veteran designer’s last words to her were conveying her excitement about the forthcoming story, which focused on family and the connection between the women across three generations. 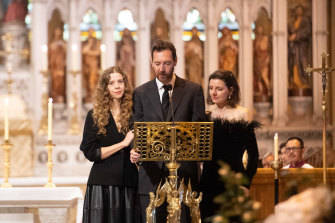 “What was most poignant to me was there was absolutely no question about her retiring, her handing the business over,” Rieden told The Sydney Morning Herald and The Age. “We discussed what might happen to the business and she said that all of [her] children are involved and [she’d] leave that to be dealt with after [her] time … There wasn’t any sense of any ending soon. She was very full of life, she was very excited about what she was achieving.”

During the interview, Zampatti spoke about the challenges of being a single mother in her 20s while trying to get her iconic brand off the ground, her second marriage, to politician-turned-diplomat John Spender, and Ken Howison, the Sydney doctor with whom she found love and companionship in the last two years of her life.

Although she didn’t name him in the piece, Zampatti told Rieden she was very happy in the newfound relationship.

Dr Howison, an ear, nose and throat specialist, was one of the pallbearers at the funeral alongside Zampatti’s sons-in-law and grandsons.

Reflecting on her style of parenting, Zampatti recounted how she instilled her strong work ethic in her three children from a young age.

“They were serving tea and running messages and filing from the age of seven or eight, simply because I couldn’t take them on holidays and the nanny used to get sick of them at home, so I’d take them to the office,” she said. 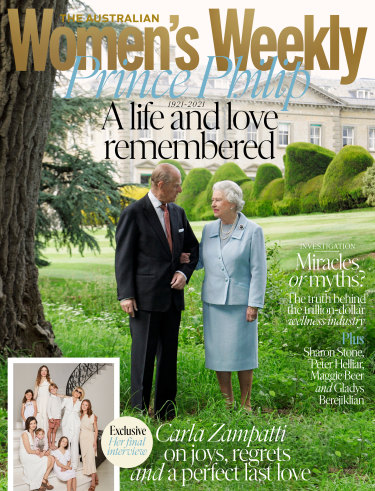 The May cover of The Australian Women’s Weekly out on Thursday, featuring Carla Zampatti.

Although she couldn’t plan to become a single working mother in the 1960s, Zampatti had a strong desire to combine family and business from age five or six, telling The Weekly: “I distinctly remember thinking, ‘When I grow up, I not only want to be a mother, but I also want to have some kind of business. I want to be working. I want my own identity.’ That’s where feminism started creeping in for me.”

Born in Levoro, Italy, Zampatti emigrated to Australia as a child, first settling in Western Australia before moving to Sydney and commencing her career in fashion. Last year, Carla Zampatti, the business, celebrated its 55th anniversary. Zampatti is credited with defining “Australian tailoring”, and also had many non-fashion accomplishments including a Companion of the Order of Australia, received in 2009, and serving for 10 years as board chair of SBS.

Her son, Alex Schuman, from her first marriage to Leo Schuman, is the current chief executive officer of Carla Zampatti. Allegra Spender previously spent eight years in the business, while Bianca Spender has her own successful fashion business.

At the funeral, Allegra told more than 1200 mourners that the children vow to continue the brand and their mother’s fashion legacy. No succession plans beyond the current arrangements have been announced.

Get a little more outta life

Start your week with practical tips and expert advice to help you make the most of your personal health, relationships, fitness and nutrition. Sign up to our Live Well newsletter sent every Monday.