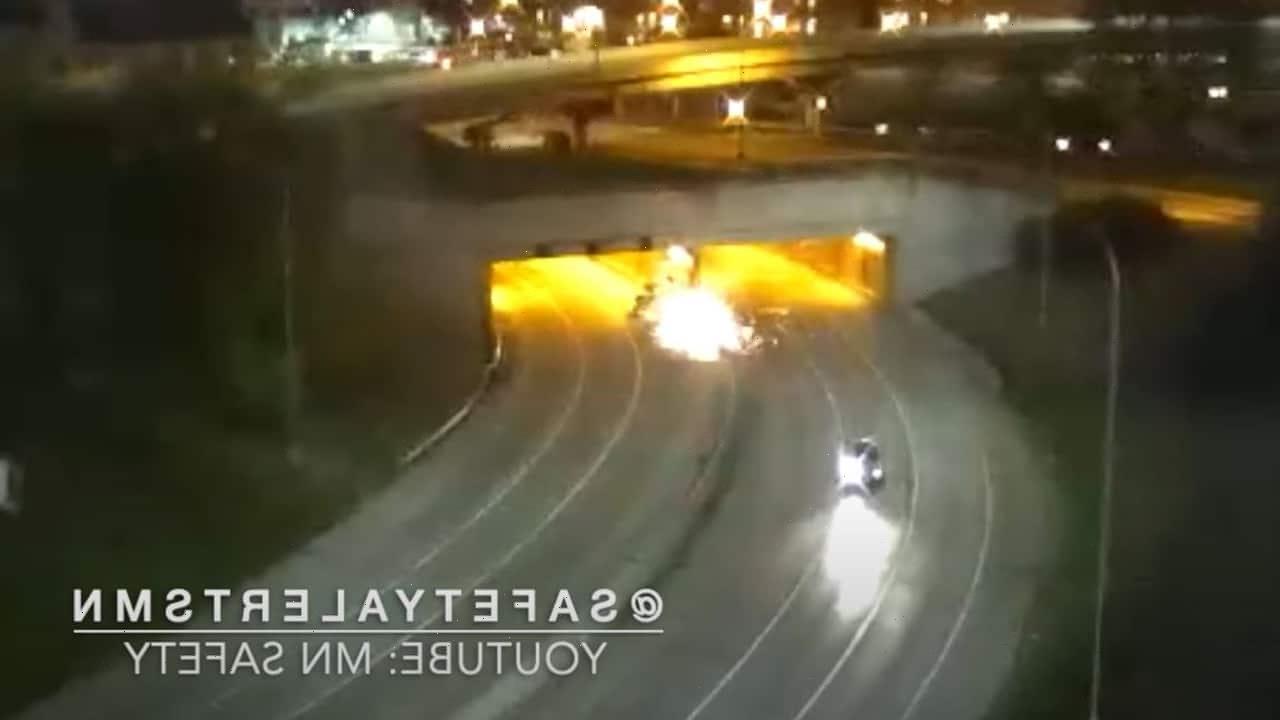 A fiery crash at a tunnel in Minnesota on Sunday has left at least one person dead, according to authorities

Authorities released a video of the incident that showed the car smashing into a guardrail on I-94 near the entrance of Lowry Hill Tunnel in Minneapolis. The impact sends sparks shooting into the air before the car enters the tunnel, smashes into the wall, and erupts in a flash of orange.

Westbound lanes will be closed for an extended period of time as crews work to clean up the area, Minnesota State Patrol said.

Videos captured smoke billowing out of the tunnel following the crash, FOX 9 of Minneapolis reported.

Drivers apparently looking to escape the resulting traffic jam, attempted to turn the wrong way on the Interstate, according to the footage. 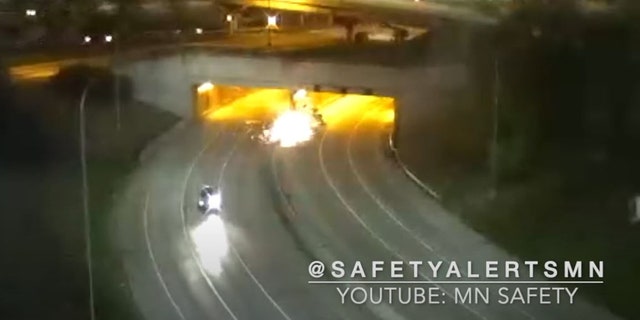 It’s unclear how many people were in the vehicle at the time of the crash.