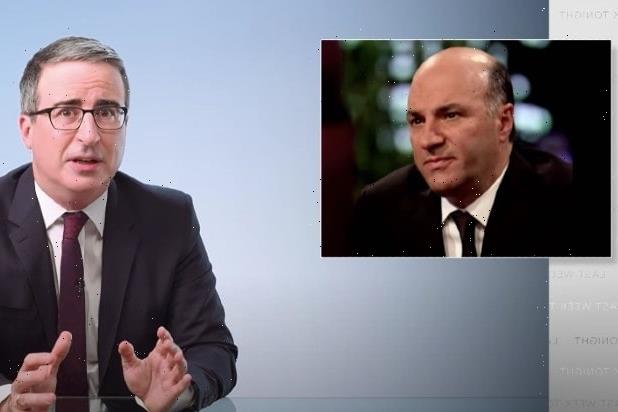 Not quite “Mr. Wonderful” after all

John Oliver took on the bankruptcy process last night, when “Shark Tank” star Kevin O’Leary got credit for being a total jerk.

On an episode of ABC series “Shark Tank,” Kevin O’Leary called an entrepreneur who had previously filed for bankruptcy “radioactive.” The HBO “Last Week Tonight” star turned that TV clip right around.

“Well hold on, because that is a terrible lesson,” Oliver said. “And you, Kevin O’Leary, are hardly one to be calling someone’s decisions ‘radioactive,’ given that you invested in companies with business models like ‘Put your face on a potato,’ ‘Look like an idiot on a unicycle’ and Toygaroo, the Netflix for toys, whose mascot always looked like it was searching for a place to take a s—. And, which interestingly, filed for f—ing bankruptcy. So I’m sorry Kevin, but to me, that makes you radioactive. I’m out.”

Of course, O’Leary didn’t actually create this problem. In large part, the credit card industry did, Oliver pointed out.

You might be surprised when the “Daily Show” alum went after President Joe Biden’s role in all of this.

Watch the video above.

Last Sunday, “Last Week Tonight” examined nursing homes and assisted-living facilities. Kind of like how O’Leary took an adjacent pot shot on this episode, the prior one had an early line shredding New York Gov. Andrew Cuomo.

At the time, Oliver called nursing homes “the absolute last thing you want Andrew Cuomo to be handling, tied comfortably with literally anything else.”

We’d say the coronavirus pandemic proved that out.