US sanctions imposed on Russia could trigger a full-scale invasion of eastern Ukraine, suggested a Kremlin insider.

Margarita Simonyan, editor in chief of state-funded RT, asked on Telegram whether "taking Donbass" might be seen as an "answer" to America's crackdown.

Simonyan was referring to the war-torn disputed region in eastern Ukraine.

The Kremlin itself has also hit out at the US over what it calls its "hostile" behaviour.

Washington announced sanctions and the expulsion of 10 diplomats today in retaliation forelection interference, a cyber attack and other hostile activity.

In response, the Russia foreign ministry said it had summoned the US ambassador in Moscow.

And Russian foreign ministry spokeswoman Maria Zakharova promised Washington “such aggressive behaviour will undoubtedly be met with a decisive response."

She said: “We have warned the US on numerous occasions of the consequences of their hostile steps, which dangerously raise the degree of confrontation between our countries.

“We have also stressed on numerous occasions that such a course does not correspond to the interests of the peoples of the two leading nuclear powers, which – and I mean the countries – bear historic responsibility for the fate of the world.

“In a telephone conversation with the president of Russia, Joe Biden said he was interested in normalising Russian-American relations. However, the actions by his administration point to the opposite.

“The US is not ready to accept the objective reality of a multi-polar world which rules out American hegemony. It prefers sanctions, pressure and meddling in our internal affairs. 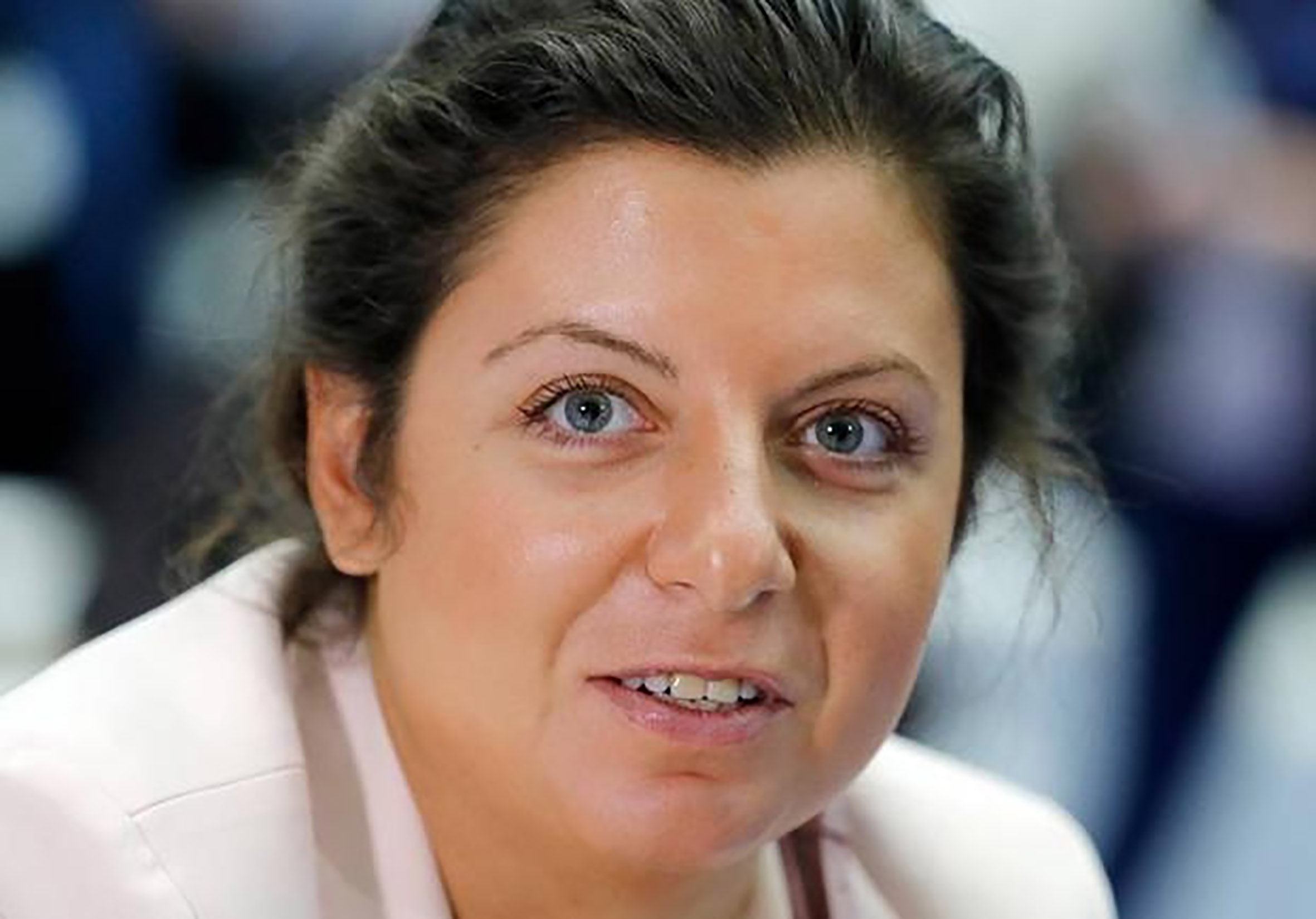 "A response to the sanctions is unavoidable. Washington must realise that it will have to pay a price for the degradation of bilateral relations. Responsibility for what is going on fully rests with the US.

A diplomatic source told TASS any response from the Kremlin would be “tough”.

Earlier we reported how Putin is threatening to invade Ukraine to "humiliate" Biden after his "killer" jibe as he looks to reassert Russia's "superpower" status, an expert says.

In a television interview last month, the US president replied "I do" when asked if he thought Putin was a killer.

Fears are now growing of an all-out war seven years after Russia ruthlessly annexed Crimea in the east of the country using militia groups.

Putin has already gathered 80,000 troops in the region with another 30,000 soldiers set to be deployed.

President Biden's broadside against Russia came the same week as he offered to meet Putin for their first summit – a meeting US officials say remains "vital" so that the two countries can deescalate. 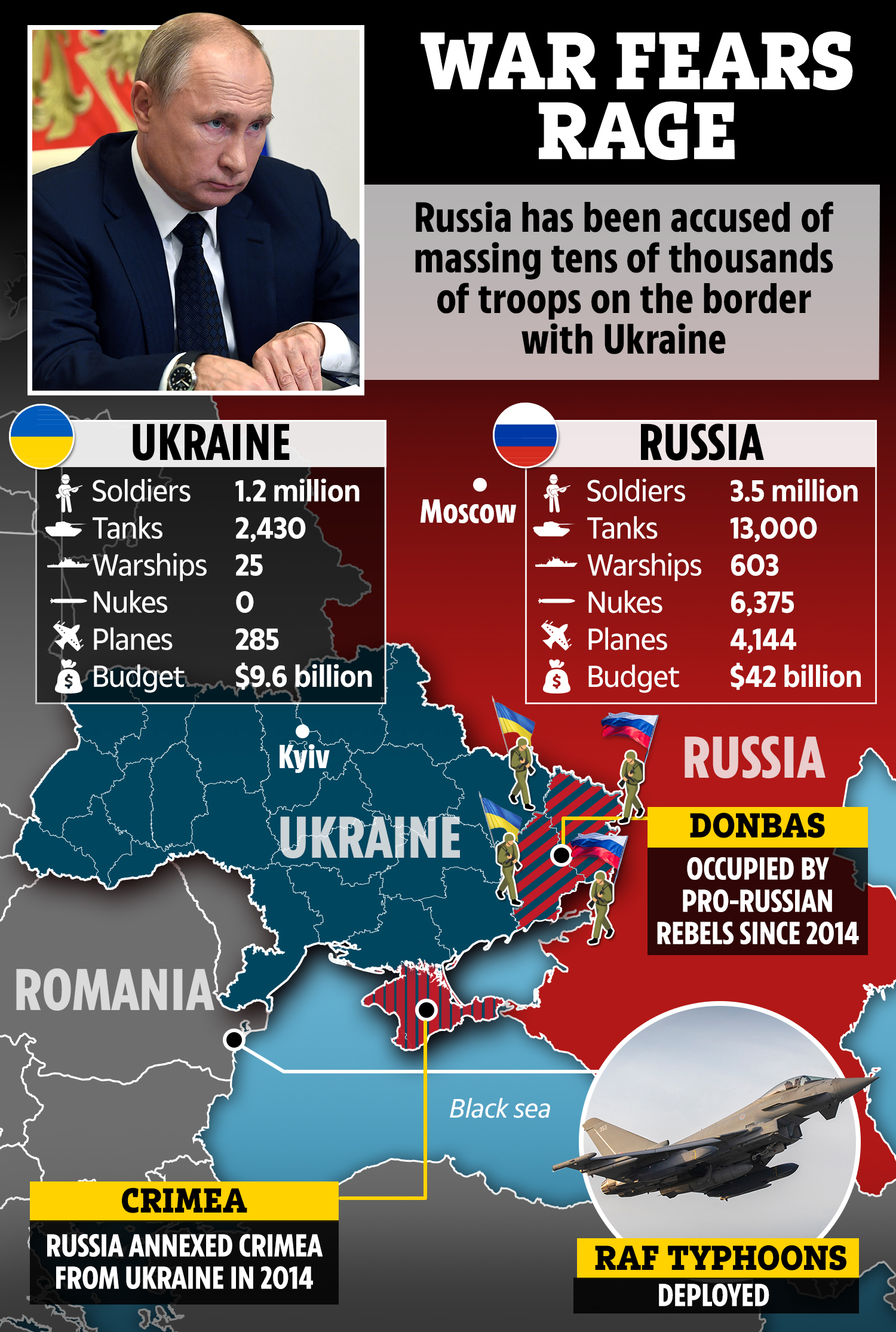 Biden's sanctions order "sends a signal that the United States will impose costs in a strategic and economically impactful manner on Russia if it continues or escalates its destabilizing international action," the White House said in a statement.

The latest tension comes against a backdrop of longterm anger in Washington at Russian election meddling and worries both in the US and its European allies over Russia's recent troop build up on the border of Ukraine.

The almost fatal poisoning and ongoing imprisonment of Alexei Navalny, who is effectively the last open political opponent to Putin, has further spiked concerns in the West.

A senior US official, who spoke on condition of anonymity, told reporters that Washington was ready to impose more measures if necessary and also that additional actions are already in place but "will remain unseen."

Despite this, the official stressed that Washington is seeking deescalation and wants the proposed Biden-Putin summit to go ahead.

The White House statement listed in first place Moscow's "efforts to undermine the conduct of free and fair democratic elections and democratic institutions in the United States and its allies and partners."

This referred to allegations that Russian intelligence agencies mounted persistent disinformation and dirty tricks campaigns during the 2016 and 2020 presidential elections, in part to help Donald Trump's candidacies.

The White House said the sanctions likewise respond to "malicious cyber activities against the United States and its allies and partners," referring to the massive so-called SolarWinds hack of US government computer systems last year.

The statement also called out Russia's "targeting" of dissidents and journalists on foreign soil and undermining of security in countries important to US national security.

"We call on Russia to cease immediately its destabilizing behavior, and to uphold its international obligations," they said.

In addition, the Department of Treasury, together with the European Union, Australia, Britain and Canada, sanctioned eight individuals and entities associated with Russia's occupation of Crimea in Ukraine.

US allies responded with a carefully choreographed show of support.

In Brussels, the NATO military alliance said US allies "support and stand in solidarity with the United States, following its 15 April announcement of actions to respond to Russia's destabilizing activities."

The European Union issued a statement expressing "solidarity with the United States on the impact of malicious cyber activities, notably the SolarWinds cyber operation."