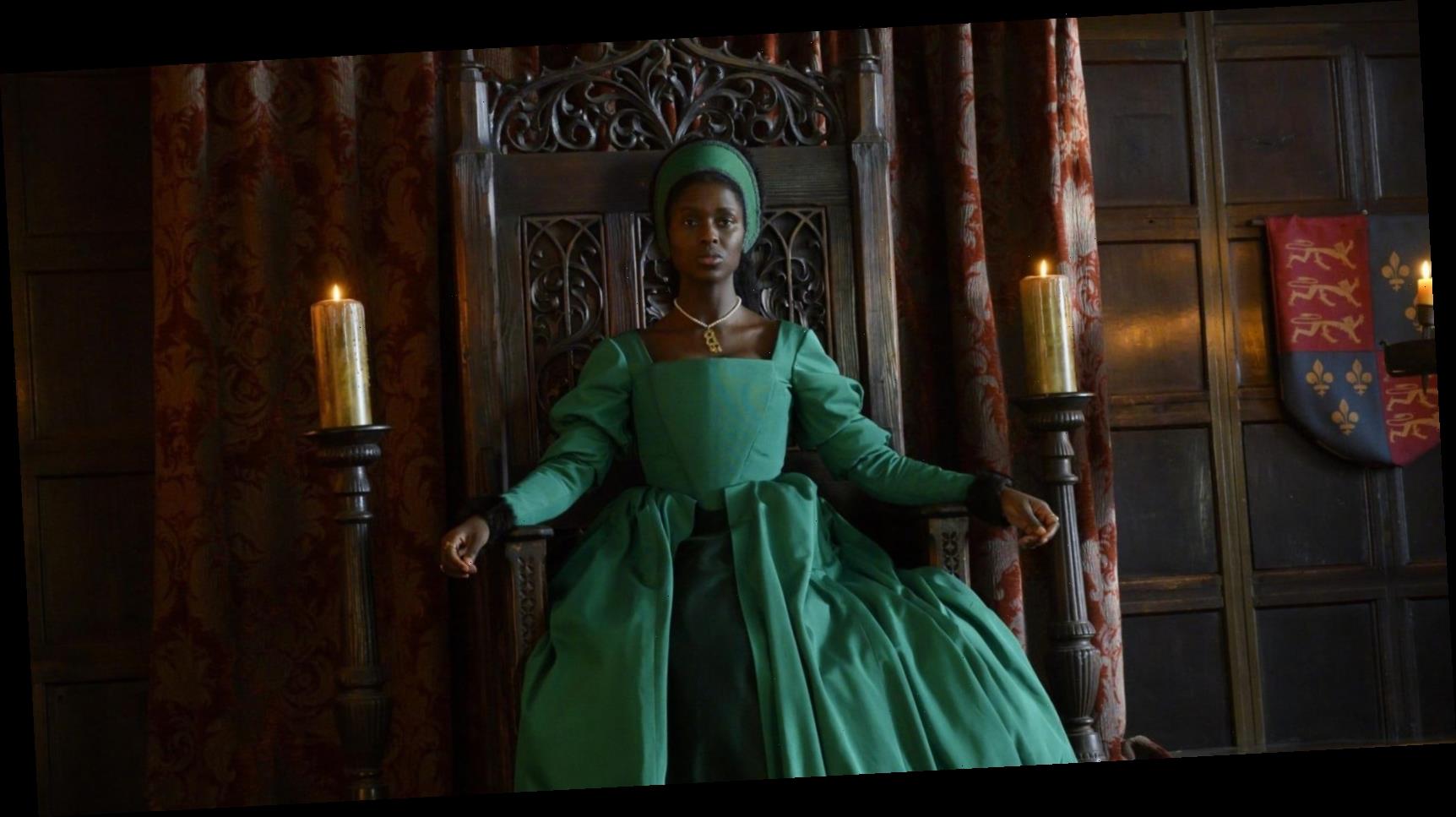 Here’s everything we know so far about Jodie Turner-Smith’s upcoming Channel 5 series, which will see her playing Tudor queen Anne Boleyn.

It doesn’t show much, giving little detail and leaving a lot to the imagination. As a stern and regal Boleyn walks towards the camera, ominous music fills the background. It’s clear something – though we don’t know what – is going down.

But if our historical knowledge serves us correctly, and with the teaser hailing it “the hottest royal drama since The Crown,” we think we’re right to be excited.

As reported on 11 February: What happens when one of the coolest and most talented actors in Hollywood takes on the role of an iconic Tudor queen? We’re about to find out in a fascinating new Channel 5 series.

Yes, Jodie Turner-Smith will play Anne Boleyn in a three-part psychological drama that will air in the UK. And following the release of the first-look photo at Turner-Smith in a gable, it’s fair to say we’re losing our heads over it.

As reported on 31 October: Frustratingly, Boleyn is perhaps best known as being the second wife of Henry VIII. That’s why the narrative that most period dramas and novels have always preferred when telling her story is one of a seductive, jealous and cruel woman (just see Philippa Gregory’s The Other Boleyn Girl, or the BBC’s The Tudors).

But people have finally started to tell the real story of Boleyn in recent years. In her book, Anne Boleyn: 500 Years of Lies, historian Hayley Nolan proves that Boleyn was a “powerful politician, fighting for the people” and “a feminist who believed in equality and didn’t let her sex hold her back”.

So, we’re 100% here for an alternative retelling of her life on the screen.

What is Jodie Turner-Smith’s Anne Boleyn series about?

As reported by Deadline, the drama “shines a feminist light on the final months of Boleyn’s life, re-imagining her struggle with Tudor England’s patriarchal society, her desire to secure a future for her daughter, Elizabeth, and the brutal reality of her failure to provide Henry with a male heir”.

The true story of Anne Boleyn is finally here.

Who are the people behind the new Anne Boleyn series?

The series, which is aptly-titled Anne Boleyn, is written by newcomer Eve Hedderwick Turner. Faye Ward (who previously worked on The Other Boleyn Girl) and Hannah Farrell are the producers, and it will be helmed by Deadwater Fell director Lynsey Miller.

Ward and Farrell said at Edinburgh TV Festival in August: “We feel that history has side-lined the voice of this ambitious Queen in favor of the men who brought her down, and that Lynsey Miller’s beautiful, intimate vision will put Anne’s gaze at the heart of the piece.”

And Turner-Smith will be putting on Boleyn’s gable hood to tell that story.

Finally, Anne Boleyn’s real story of abuse and violence is being exposed

Turner-Smith is of course best known for her powerful performance in last year’s hit film Queen & Slim. Speaking about playing Boleyn, she said in a statement: “Delving deeper into Anne Boleyn’s immense strengths while examining her fatal weaknesses and vulnerabilities, Eve’s scripts immediately captured my imagination.”

Who stars in the Anne Boleyn Channel 5 series?

When is Anne Boleyn on TV?

Although we don’t have an exact date for when the series will air, it’s been confirmed that it will land later this year. One thing we do know for sure is that we’ll be bowing down to this series.