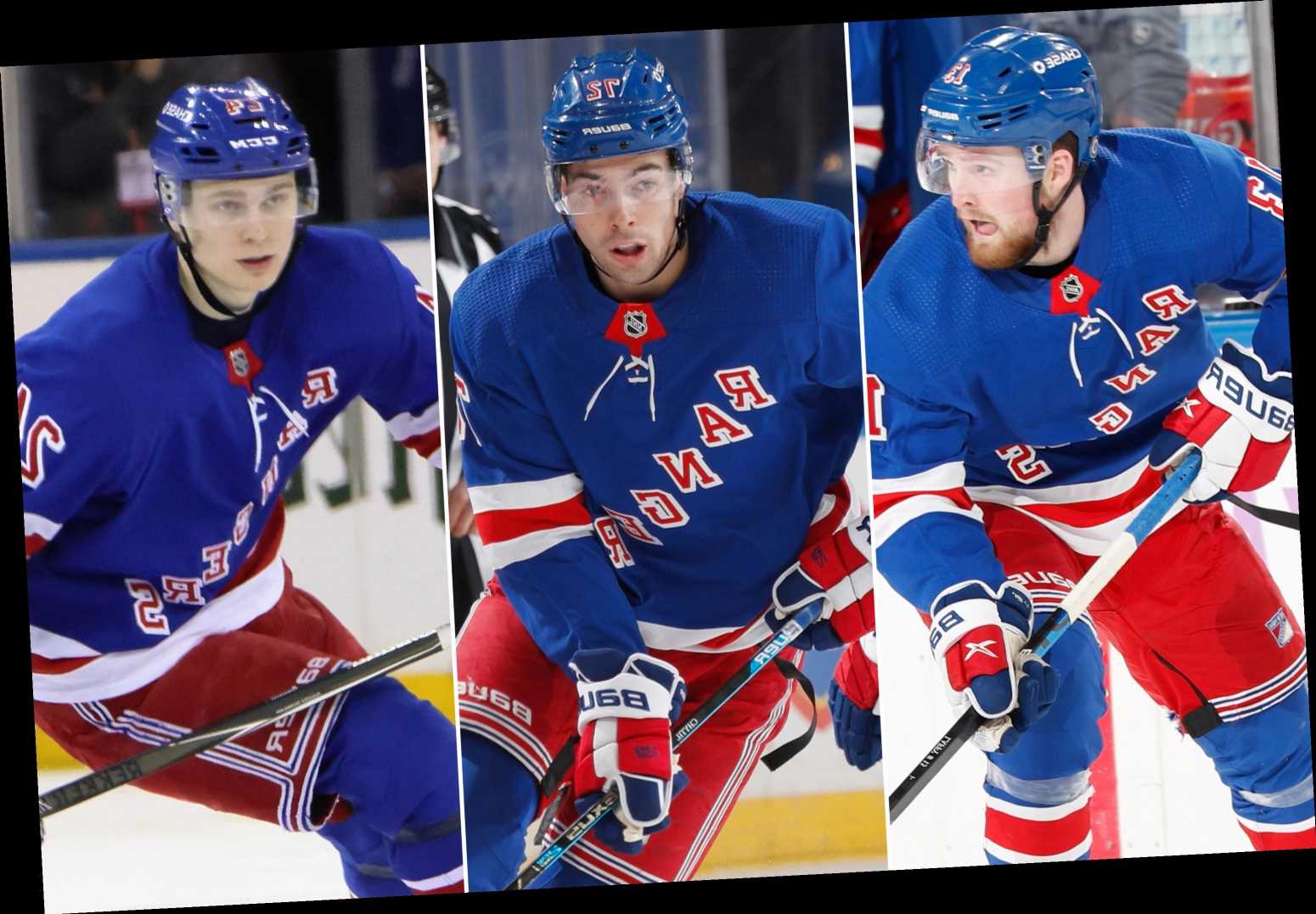 Rangers get day off as players get COVID-19 vaccines

An NHL coach puts three youngsters together and voila, you have a Kid Line. That’s the law of hockey nicknames.

Over the last 90 years or so, many have attempted to imitate, but none has come close to duplicating the effectiveness, longevity or fame of the original Kid Line of the Maple Leafs in the 1930s.

When first assembled by Toronto in 1929-30, 23-year-old Joe Primeau was in the middle between 18-year-old wingers Charlie Conacher and Busher Jackson. The Leafs won the Cup in 1932 and then went to the finals three times in the next four seasons before Primeau retired at the age of 30 to run a concrete business he had developed during his career.

Conacher was named as one of the NHL’s Greatest 100 players. All three are members of the Hockey Hall of Fame.

The next most successful Kid Line can be identified as the 1989-90 Oilers trio that had 21-year-old Adam Graves and 19-year-old Martin Gelinas flanking 23-year-old center Joe Murphy. The kids played a significant role in Edmonton’s fifth Cup within a seven-year span.

There have been others to follow, most short-lived. The Islanders had an Anders Lee-Ryan Strome-Brock Nelson unit going for a while. The Canadiens had Alex Galchenyuk, Lars Eller and Brendan Gallagher together for a spell.

And the early Devils sold their Kid Line of Paul Gagne, Aaron Broten and Jeff Larmer. (Now, if they’d have had Simon Gagne, Neal Broten and Steve Larmer, that would have been something else.)

Which brings us to the present and the current formulation of the Rangers’ third unit that features 21-year-old Filip Chytil between 19-year-old Alexis Lafreniere and 20-year-old Kaapo Kakko. It is a marriage as much of convenience as design with David Quinn, believing that veteran Colin Blackwell is a better second-line fit with Strome and Artemi Panarin at the moment than Kakko.

But the trio of yoots did generate some sparks in Tuesday’s 8-4 victory over the Penguins, with Lafreniere getting one from around the net for the 5-1 goal. The line could have some staying power as the Blueshirts attempt to hang in the playoff race, five points back of Boston for the final invite while giving away two games to the Bruins.

“It was good to see them get rewarded with the goal,” said Quinn, whose team is wrapping up the two-set game and the season series with Pittsburgh on Thursday at MSG. “I thought they did a really good job of getting above the puck, they made smart decisions and they were patient offensively, which we didn’t have a lot of [in that game].

“It was good to see them rewarded for going about it that way. All three guys are playing well.”

Kakko has been on the upswing for a couple of weeks, the Finn more involved in the play, increasingly effective in puck battles along the boards while going to the front much more frequently. Indeed, Kakko also scored one on Tuesday, his coming on a power play net-front deflection of a Jacob Trouba drive from the point. Lafreniere’s game had wavered the last couple of weeks before Tuesday’s effort. And Chytil has picked up his game over the last week after a dip that followed his return from an absence of just over a month through which he contracted the coronavirus while rehabbing a broken hand.

This is a no-excuse league, so Chytil never once referred to after-effects from COVID-19 during his difficulties. The hand was obviously somewhat of an issue, given that No. 72 moved to the wing for his first six games back in the lineup because he couldn’t take faceoffs, but the virus may have taken some toll as well.

“This was something I didn’t look at,” Chytil said Thursday morning when asked if he had been impacted by virus after-effects. “I was just happy I was back and working hard to get back to where I am now.

“There was some struggling, but now I feel great. We have 18 games left and time to be better and better.”

Lafreniere is a Quebecer, Chytil is a native of the Czech Republic and Kakko hails from Finland. They grew up in distinct environments and did not necessarily see or learn the game the same way. Shared youth does not automatically bind them. There is work to be done, chemistry to be built.

“It’s great because we’re around the same age, we talk a lot to each other, we want to score goals, we’re hungry and we want to put 100 percent into every shift when we’re out there,” Chytil said. “I think the chemistry is very good.”

He was not kidding.